Life Lessons from the First Four Chapters of 1 Samuel

by Nigel A. Jones 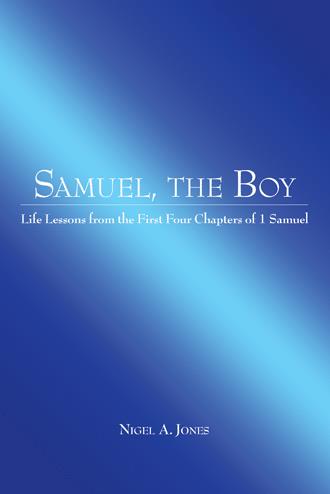 From the moment the author of the volume we know as the first book of Samuel started to record this part of the history of God’s people, he chronicled an inviting and intriguing account that has become a page-turner for readers in all generations. Not only did he recount and document the story intelligently for his times, but he still demands and captures our attention from the very first sentence, keeping us riveted right through to the very last word. As attractive as the text was and still is, it also provokes thought and, ultimately, some serious decision-making and action before it can be considered as ‘not needed anymore’–as if that

could ever be an ascription applicable to scripture.

The writer began with a domestic tale about a certain man who was one half of a childless couple, a situation that applies to many people in all generations, regardless of their backgrounds, incomes, or intellects. The writer then moved directly and without frills or fuss into territory that continues to attract and provoke the thoughts of people, even if only

out of sheer curiosity–the husband concerned had two wives!

It is tempting, but wrong, to designate some events documented in scripture as just historical records. That is not the purpose of any part of the Bible. The birth and life of Samuel may seem remote, being more than three thousand years ago in a land and culture very different from ours today, but it would be a mistake to treat them as just events in history.

Samuel, the Boy is a story of heartache, rejection, ridicule, and divided loyalties—just some of the challenges facing a family struggling with what it meant to live godly lives three thousand years ago.

It’s history, yes, but much, much more. Jesus promised us eternal life—that always holds true—but he did not promise us a life free from challenging situations. He promised to be with us, and he keeps his promise—for all time and in all circumstances, both for Samuel and for us today. Open your hearts to his word for all seasons.

Nigel A. Jones has lived through more than fifty years of Christian discipleship, experiencing many of the joys and difficulties of living the Christian life. Sharing some of them through the medium of the early years of Samuel as recorded in the book of 1 Samuel, he hopes that lives lived more than three thousand years ago will bring renewal to twenty-first-century living. Our circumstances of life will, inevitably, be different but we walk with the same God as did Hannah and Samuel.