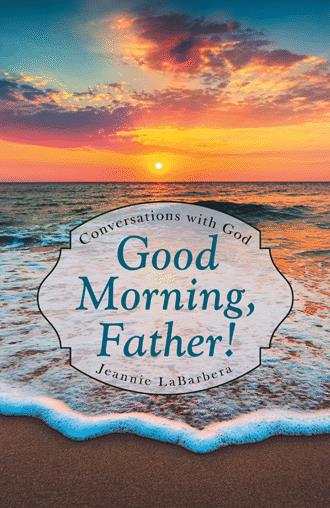 This day is starting early as I sit here on the Mount of Olives looking over Jerusalem. Those light golden stones that were laid in place many centuries ago are shining warmly as the rising sun creeps up across its city walls.

During the week before Jesus’ crucifixion, He and the disciples went into the city every day to spend time with the people, then returned here to the old gnarled trees on the Mount of Olives in the evening—just as we have done all week! Acts 1:9–12 says this is also the place where He ascended back into heaven. Then Revelation 19–20 says it is also where He descends from heaven and begins His reign on earth for one thousand years.

Then the LORD will go forth and fight against those nations, as He fights in the day of battle. And in that day His feet will stand on the Mount of Olives, which faces Jerusalem on the east. And the Mount of Olives shall be split in two, from east to west, making a very large valley; half of the mountain shall move toward the north and half of it toward the south. Then you shall flee through My mountain valley, for the mountain valley shall reach to Azal. Yes, you shall flee as you fled from the earthquake in the days of Uzziah king of Judah. Thus the LORD my God will come, and all the saints with You. (Zech. 14:3–5)

Being in Jerusalem is like seeing pieces of the puzzle being fit together. You can sit here very still, your mind going back in time, and you can so easily see it and hear all those voices and cries. First you hear the cry of Abraham over his son, as he raised his arm with the knife—then the cry of David as he entered the city with the ark of the covenant and danced—to the cry of Solomon as he stood at the new Temple steps for its dedication.

“But will God indeed dwell with men on the earth? Behold, heaven and the heaven of heavens cannot contain You. How much less this temple which I have built!” (II Chron. 6:18)

On and on it continued—with the cries of the priests as they screamed for Pilate to crucify Him. Then the cry of Jesus pierced the darkened sky at Golgotha as He breathed out that it all was finished—the final sacrifice had been made—and the Father’s plan to redeem sinners was complete. Does your heart not break as the earth did that day?

The hands of God’s timepiece are still moving—day by day we are nearer—and when it’s least expected:

“For I,” says the LORD, “will be as a wall of fire all around her, and I will be the glory in her midst . . . And the LORD will take possession of Judah as His inheritance in the Holy Land, and will again choose Jerusalem.” (Zech. 2:5, 12)

I wonder, my friend, are you waiting for Jesus’ return . . . to see Him reign as King over all the earth from Jerusalem? Do you long to see His face? Are you ready to meet Him? Will you be among those saints who are with Him as His feet come to rest on the Mount of Olives? Will the New Jerusalem be your eternal hometown? I pray it will!

Imagine if you had the opportunity to have a heart-to-heart conversation with the world’s most famous author, whose words have inspired and transformed lives for thousands of years! The author of Good Morning, Father! met Him as a child and has studied His Word for over fifty years. She now shares her first book of conversations with Him of issues such as: “What does humble look like? Did You choose the leaders of the nations? What determines how long I will live? What do You call me? What is the belief test? Do You speak to children? How do You respond to my excuses? What if I didn’t fear what others thought of me? I just can’t do this anymore! I cannot ask forgiveness for that which I cannot admit. If only I could touch You. Father, today I’m thinking of being home!”

Make these writings personal to you by allowing the Holy Spirit to prompt your own writing of thoughts and questions to God in the spaces designed in this book just for you. He’s always listening—and His Word has amazing answers!

Jeannie LaBarbera grew up as a preacher’s kid, where her father reflected the heart and actions of the Heavenly Father—the Father who then led her to mission fields in Latvia, Lithuania, Ghana, Israel, Argentina, and India. Today she and her husband Carl serve the Lord in suburban Atlanta, Georgia—while also enjoying their combined eight children and thirty-eight grand- and great-grandchildren.