A Haven No Longer

The First and Last King Series 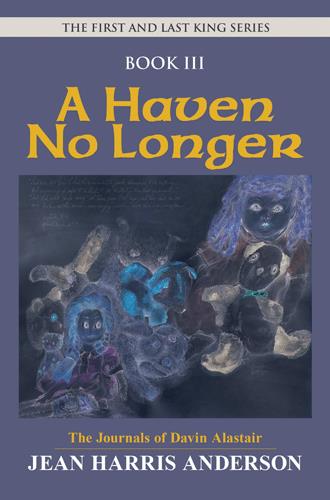 X-rayed, screened, identification confirmed, Dr. Esther Abrams would be allowed entry into the store any second, though that was not the physician’s intention. She tried not to notice, but security cameras were everywhere, concealed or telescopic, with evidence resulting in a person’s admission into society – or declined.
It was the roving film to twist the yarn to suit the need that was most concerning to her. But there were other means of detection, not just by data mining and biometric software, that infringed on privacy. Sampling-specimens, such as a hair strand, or fingerprints, could all bring about predictive values; these were from tests one would not be aware of having taken. Of evidence submitted “track records” of performance and known circuits would be included. New screening instruments few knew of were increasingly used in public places to detect an undiagnosed disease in a person free of symptoms. And then there was the presumptive identification of a transient, useful at transit terminals in and out of the city. The invasive measures were to protect all citizens and bring everyone up to the model of conscientious health. After all, this was a vigilant and orderly society.
Esther sighed, if ultrasonic waves could only beam me forward one week…for that’s all the time she had to solve…she would be able to see everything with crystal clarity then, and just maybe there would be beauty in the remains of her life - and purpose from what utterly confounded her.
It was a beautiful backdrop of crystals and gems, but it was the treasure of an antique quartz watch that caught her eye as she stood under the awning of an old jewelry storefront. Many times she had ducked under the shabby, sun-faded awning, waiting for a hard rain to pass, a few strides from the location of her favorite coffee house.
She leaned forward, nearly pressing her nose to the glass, studying the old timepiece. Generally, the old and outdated, the worn and battered, even the bruised and brokenhearted, were swept to the side. “Make room for the new” was the coined expression. And so went the precious, as well, thought Esther, a hanky dabbing the perspiration at her cheekbones. Her identification band recorded a sudden upswing of her emotions, a change in her heart rate.
Was it last month when there was just a silvery peach of a sun that caused her to turn on all the lights in her office - dusk at mid-morning? It could be dark as night mid-day, offering no concept of time.
Now, though the sun could be blocked out, it was humid and hot at noon and midnight. Pack your umbrella and sunscreen, winter jacket and sandals, they were warned, for no one could predict the weather. Weather reports were linked with politically-driven enticements to encourage people to work hard toward building the atmospheric dome that would eventually house their city.
The perfect ecological system proposed would save lives. Half the year was spent in light while the other half was dark. Scientific “explanations” became rather authoritative apocalyptic pronouncements. The global axis was continuing to shift, the magnetic fields weakening, shearing, and bringing about questions regarding the conductive materials at the globe’s inner core. A bombardment of comets and asteroids hitting their planet’s surface caused polar ice caps to melt. And new glacial areas were appearing. Indeed, the globe was entering a new geological period. Even the moon’s orbital pattern had changed. Certainly it was the universe at play - not cow manure, smoke of the barbecue pit or greenhouse gases; for decades, waste management policies appeared to be designed to bring the globe back to the stone-age with strict mandates eliminating fossil fuels and aerosol sprays. But the globe was still drifting and wobbling, rotating in a very different manner. And people were spinning just as unpredictably.
Today the heat was suffocating, the sun blinding. Warnings for people to stay indoors hadn’t been lifted. Esther didn't have time for activity outside of work anymore, so no alerts would keep her from stepping outdoors. She was trying to flee from all that regulated her life, at least for the present day. Thinking of those free hours, she reflected on the past several months of work; how quickly they passed without solace.
As Esther pressed closer to the storefront a camera’s eye blinked, another slid down filming her. Every millimeter of her form was known; from a computer her visuals had already been checked and cross-checked, then reported to the security guard in the store.
The bars of metal framing the window obstructed her view of the minerals, but those gems, with their radiating points and bands of colors, still drew her attention to the watch. The watch was imprisoned, and the crystals served as guards, hindering its release.
In the space of a few graduated steps were displayed volcanic stones, jasper and agate. Lovely icy quartz took on the shape of chrysanthemums next to blood red and purple amethyst, sparkly black hematite, citrine and onyx - all from a distant geological time. Polished and gleaming, each had spectacular patterns of their own.
Struck by an uncut stone, Esther’s thoughts drifted. Was it a chant from her youthful days she was now recalling? The many religious services her family attended often followed with ritual meals, blessings of wine, braided challah. As she looked into the storefront window, the teaching from a particular ceremony came to her.
Enlightening, thought Esther, to see substantial and natural beauty. Jewelry technicians were busy making ornaments for the body - brooches, rings, bangle bracelets, and earrings - all specialized, the design and purposeful function of which she knew well. The blood-stone, a dark green variety of quartz, was utilized in the earpiece. Each contained one gem, with gold used as the supporting structure and wireless conductor. 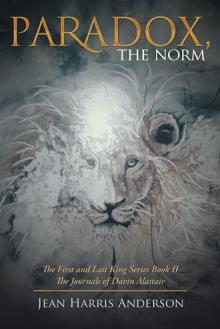 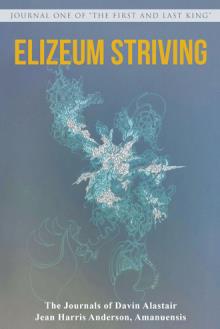 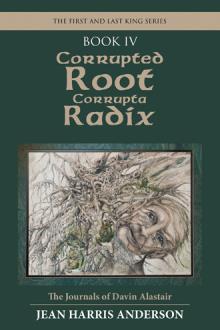 This story gives opportunity to explore end-times beliefs, and, hopefully, to examine some of those previously accepted as fact. You might think such an inquest predictably boring, for over the centuries the Church has repeated unaltered doctrinal beliefs regarding eschatology. It has been at times a subject largely ignored, or left for theologians to debate. And throughout history the study has had little variation, so any different interpretation to that which has already been laid out might seem heretical.

But we are called out, for we are on the other side of this partition of Church history, awakening to what our departed brothers and sisters of this world were kept from viewing. It was all in God’s plan, but now there is a purpose for us to recognize the unveiling that has just begun. And the facts, as they now are discerned, must be identified and communicated.

And it may seem surreal to view Biblical verses regarding our future, of which there are hundreds, with our highly technical and scientific world announcements. We may see there is not much difference in this juxtaposition. MIT’s Cheetah robot, and many other advanced robots, such as the Atlas humanoid of Boston Dynamics, are of varying appearance and are partially autonomous. “We developed the first robots that ran and maneuvered like animals,” a web quote from Boston Dynamics states. “And the shapes of the locusts are like unto horses prepared unto battle; and on their heads were as it were crowns like gold, and their faces were as the faces of men.” Revelation 9:7.

What about moving sacred scriptural accounts from ancient realms of geography and human history into our vision of magnification with clarity and comprehension? Is there proof to substantiate the use of the Islamic prophet’s favorite color with that of the green alien from an unknown dimension, as portrayed in this work of Christian speculative fiction?

Anderson’s mind is directly linked to her soul. Her novel is like the journey we make, from awakening, blossoming, to enlightening, coursing through her veins in the manner of a river where there is a tide pool, a backwash, undertow and waterfall. The beginning - her DNA, from where the water flows, is as necessary an element to the story as the acquaintance with experience and awareness of God in writing this account.