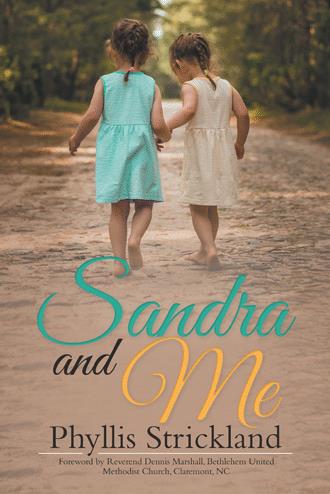 During the 1950's there were no cell phones and long distance calls were reserved for emergencies due to the cost. Therefore, Sandra and I had no communication during this time, so when I returned home, we were excited to see each other and spent the next several days catching up.

After she related all the news happening in the neighborhood, I had only one question for her, "Have they put fluoride in the water in Newton?" She looked puzzled.

Either Sandra had not listened to the radio since I was away or the newscasters in Newton just were not up to speed. My Grandmother turned on the radio every hour to get the news and other times for call-in talk shows – which were morning and afternoon – and this year they had plenty to discuss.

Our country was at the height of the cold war which had everyone expecting a bomb to come cruising out of the sky and wipe out the entire population suddenly and without warning. Now, in addition, the powers that be were adding fluoride to the drinking water in hopes of preventing or at least lessening tooth decay – especially in children. When I communicated this to Sandra, she thought it was a good idea.

Well, so had I at first but after educating myself by listening to the talk shows, I had developed grave concerns. Many people had become convinced this was a plot by the Russians to slowly annihilate the youth of America by deteriorating their brains; as the aging population died off, the Communist would take over. I had heard this twice every day since I had been gone and was quite terrified.

Greensboro had decided to add fluoride to the drinking water, so those in charge must be Communist, according to the callers. Each day the same callers dialed the show citing a variety of statistics, real or made up, supporting their claims. I was not mature enough to realize the medical professionals and scientists had been studying this concept for years, had compiled endless amounts of scientific data, and recommended this action after extensive research. As I learned later, the callers had an endless amount of time on their hands with nothing better to do than promote conspiracy theories. Call-in talk shows sometimes bring out the worse in our population. Conversely, the professionals could not call in and dispute these theories; they were busy working and saving lives!

My Grandmother knew the truth but having no idea I was becoming alarmed, so she failed to put my mind at ease. Therefore, my anxiety persisted, and now that I had returned home and shared my concerns with Sandra, she was also alarmed.

As our distress grew, so did our compulsion to save the world which for us was Newton. We theorized that Greensboro was a much larger city, and perhaps the news had just not traveled our way. Before our town decided to dump this poison in our water, we felt it was our duty to sound the alarm. So we set about devising our plan.

It was August of 1947 when two little girls met for the first time, spotting each other across back yards. Little did they know it was the beginning of a lifelong journey. In Sandra and Me, author Phyllis Strickland shares the memories of a lifetime friendship spent with her best friend, Sandra Miller, who passed away from cancer. Together, they shared the fun, mischief, and playtime of early childhood. They skipped merrily through their adolescence, delighting in their adventures and overcoming teenage tragedies. They entered adulthood, married, and raised and educated their children while carving out careers. Phyllis and Sandra moved cautiously into old age and discovered the joys of senior citizenship. Through it all, they leaned on each other for guidance and support. They experienced life’s lessons together and honored each other’s secrets until death. This memoir offers a humorous look at a friendship spanning nearly seventy years, its abrupt conclusion, and the inexpressible grief felt by those left behind. It serves as the fulfillment of a promise made to Sandra that their lifetime spent together would be written down to offer to all who knew this special lady a glimpse of parts of her life they may not have known.

Phyllis Strickland, a business professional, is a veteran of creating presentations, adult continuing education courses, exams with rationales, and marketing materials for targeted audience. Strickland is a native of North Carolina and resides in Charlotte, North Carolina, with her husband of more than fifty years. They have a son, a daughter, and three grandsons.