A Simple—But Not Easy—Path to Greatness 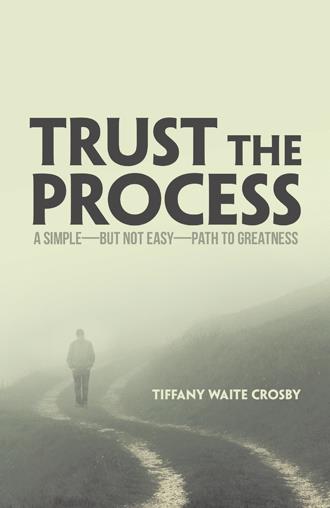 Greatness defined by accomplishments is like a beautiful bouquet of roses cut out of a rose garden. Their blossoms eventually fade, the petals falls off, and their beauty is lost. The sun has set, the shade has been pulled down, and their best times are behind them.

There is a reason that performance artists must keep producing hits. How many one-hit wonders do you remember? How many actresses and actors do you remember from ten years ago or fifteen years ago? Only the most avid of football fans remembers anyone other than the current record holder. Those who used to hold the rushing record or the touchdown record are forgotten. Greatness that is defined based on what you do instead of who you are will eventually cease to satisfy. It will create an identity crisis at some point in time.
Sadly, we see the same dynamic at work as it relates to humanitarian disasters. Organizations raising funds for first response are generally successful raising millions of dollar. However, fast-forward one to two years and see how successful those same organizations are at raising funds for the ongoing work. If their leaders get a false sense of hubris based on that initial outpouring they could be in for a big shock as they see people move on to the next disaster or the next cause. Your cause was important for a while but attention has now shifted elsewhere. How do you respond to that? If your identity was based on public expression of goodwill and outpouring of support, you probably won’t respond well.
Artificial measures of greatness will trap you on a performance-based Ferris wheel until you either burn out or realize that there is a different measure of greatness that is a peace-giver instead of a peace-taker. It’s a measure whose yoke is easy and its burden is light. Yes, it requires hard work to achieve because it goes against our very nature but it is possible. Because this measure of greatness is based not on what you’ve done but on who you are, it’s one that is completely within your control. This measure of greatness focuses on character development. It seeks to ask one very basic question:
“Am I the best version of me that I can possibly be”?
There is no competition inherent within this question. Everyone can be great. Wealth is limited. Everyone cannot be wealthy. A business only needs one CEO, one CFO, and one Chairman of the Board. There can be only one award winner in any category. Only one person can hold the world record at a time (barring a tie). Not everyone can go out onto the mission field. Not everyone can be a Senior Pastor or a Community Leader. However, everyone can and should be great. Greatness is obtained not by what you do in your life but by how you live your life. And because it is a factor of life decisions, it’s entirely within your grasp. You have full control over whether or not you achieve greatness. No one can prevent you from reaching this goal; that is no one except yourself. Mother Teresa didn’t become great because she built hospitals or had buildings or streets named after her; rather, she became great because she had a compassion for the poor that compelled her to action. She lived out her values with passion and perseverance. She couldn’t control what the world thought of her; that just came. She could only control how she responded to the misery she saw in front of her. Greatness came to her because she didn’t chase after the counterfeit symbol of greatness offered by the world. She didn’t seek out greatness. She sought out people. She didn’t strive for wealth. She strove to make life better for people. Greatness is a by-product of a life well lived.

I still remember the first time I realized that greatness lies within me.

When was the last time you felt stuck? Off track? Unsure of your future path? Tired and weary? You’re not alone. And there is hope.

In her book, Trust the Process: A Simple—But Not Easy—Path to Greatness, author Tiffany Crosby takes you on an exploration of how we get into and out of these ruts. You will learn to erase all doubt that you were made for greatness and discover the motivation to discover and follow what it really takes to walk that path. Examine the process of character development as Crosby shares the ups and downs, successes and failures, and wisdom gained along her journey, including the detours.

Trust the Process: A Simple—But Not Easy—Path to Greatness is an uplifting book about facing adversity, persevering, trusting in God, and succeeding. We all face obstacles, some tougher than others, and although the mountain can seem high, we must remain strong, climb it, and reach the top. This is what is best for us. And it’s what
God wants for us.

Tiffany Waite Crosby survived a brain aneurysm at thirty-five and earned a MBA at forty. She is a CPA, learning consultant, business leader, life coach, public speaker, writer, and minister. At forty-one, she completed her first half marathon. She is passionately committed to excellence in life and admits she’s not always gotten it right. But she is committed to the process and the journey forward. Tiffany currently lives in Dublin, Ohio.