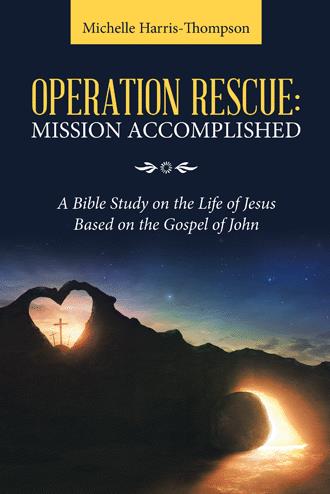 READ JOHN 1: 1 – 3
Read it again, slowly. Think about what it is saying. Write down your thoughts.

The Greek word translated as ‘word’ here is LOGOS. Vine’s Complete Expository Dictionary of Old and New Testament Words (Vine’s) elaborates that this denotes:
1. the expression of thought…as embodying a conception or idea by God or by Christ,
2. the revealed will of God, and
3. the title of the Son of God.
READ GENESIS 1: 1 – 3a
Consider the two passages together. Both start off “In the beginning”…before all creation, before time began. Here in Genesis, the Hebrew word ‘Elohim’ is translated ‘God’. Elohim is plural (singular El) but the verb ‘created’ is singular. Vine’s and some other commentaries state that this term Elohim is a plural of majesty , expressing intensification rather than number (akin to the royal “We”). Nevertheless, Genesis 1: 26 – 27 reasserts the notion of more than one, for God says, “ Let us make man in our image, in our likeness…”. Now then, look again at the first three verses of Genesis 1 and let us compare them with John 1: 1. In Genesis we are told that Elohim created the heavens and the earth. John 1: 1 tells us that the Word was with God (distinct from God), yet was God. Most of us have always interpreted the Genesis passage as speaking only of God “the Father”, the Almighty. Genesis mentions the Spirit of God hovering or moving over the waters. The only clear evidence of the Word (that John 1: 1 says was there in the beginning) is, ‘and God said, “Let there be…”’. What is my point? Simply that the evidence of the Triune God - a term not found in Scripture and a concept very hard for our limited minds to grasp - is there from the beginning. I don’t believe it is a coincidence that the term used for the Creator in John 1 is the WORD.
Just as the Holy Spirit is as much God as He is a part of the ‘God-Head’, and it is the Spirit of God given to us that enables us to know and understand the mind of God [1 Corinth. 2: 11], so is the Word as much God as He is a part of the God-Head. God opened His mouth, spoke, and the Word came forth and did the creating. I believe that is why “the Word of God is living and active. Sharper than any two-edged sword, it penetrates even to dividing soul and spirit, joints and marrow; it judges the thoughts and attitudes of the heart. Nothing in all creation is hidden from God’s sight.” [Hebrews 4: 12 – 13a].
Look back at JOHN 1: 1 – 3.
John unequivocally states that the Word was there in the beginning, pre-existing time and all creation and, from the outset, he declares that not only was the Word with God, but He was also God!
What else do you notice verse 3 saying?


That’s right- it was through the Word that all, everything!! was made. 'Notn neva mek widout im' (Nothing was made without Him) i.e. once it exists, He made it!

With so many differing viewpoints vying for our assent, it is imperative that we make the time to seek out and confirm the truth for ourselves. This body of work searches out and dissects the Good News of Jesus Christ’s coming to make an informed conclusion. It also seeks to train the average individual to do so for him/herself; to not depend solely on the witness of others, but to know Him for oneself. If you have believed the lie that the Bible contradicts itself, this study is for you.

Michelle Harris-Thompson is a medical doctor who has been in a committed relationship with the Lord Jesus since 1978. She has been active in music ministry, leading worship, bible teaching and discipleship. She holds a certificate in Biblical Foundation Studies at the Bible Training Centre at Whole Life Ministries (now Whole Life College) in Jamaica, W.I.

Michelle has a heart for God’s Word and strongly desires to see that passion ignited in others. She longs for others to truly experience a fulfilling relationship with God, through Jesus Christ and His Words of Life - to taste and see that the Lord is good indeed!

She resides in Jamaica, and is married with two children.