This Side of Darkness

Memoir of a Depressant; a Journey from the Other Side 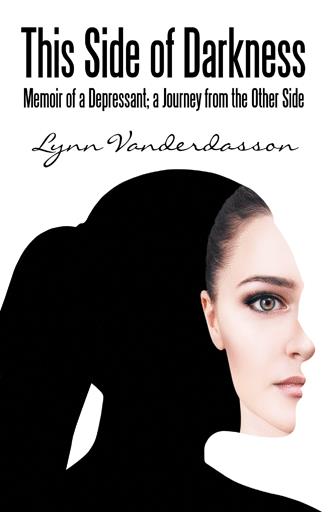 God, Where Are You?
Yes, I am aware that God loves me more deeply than my husband, my children and even more than myself. However, when one is in the blinding darkness, it is difficult to see his Love or even feel it. His Presence is obscure even though we search and strain our mind’s eyes to catch a glimpse of him. He alludes us. “Where are You, God? Where are You when I need You more than ever!”
Remembering way back several years ago when I was just beginning to acknowledge that this Thing I was going through was, indeed, mental illness, the presence of God was not evident in any way, shape or form. This caused the greatest pain and suffering of all of it.
At times like this, my legs would give way, I would slide down the wall I was leaning against because of my weakness, melting into a puddle on the floor, yelling at Him, “God, where are You? Where are You, God? Where are You?”
I now know that it was times like this, unbeknownced to my breaking heart, that I was blinded by my own tears and pain making it impossible to see that, not only was he there right beside me, but had his great Abba Father arms wrapped around me until I was able to realize that he was there all the time!
I have come to love and appreciate a beautiful song titled “He Was There All the Time” by Gary S. Paxton. It reveals God’s Presence around us when we are blinded by the opaque darkness during our darkest days, even when we cannot see him.
Here are the words to that song:
Time after time I was searching for
peace in some void
I was trying to blame all my ills on
this world I was in
Surface relationships used me till I
was done in
But all the while someone was
Begging to free me from sin
Chorus:
He was there all the time
He was there all the time
Waiting patiently in line
He was there all the time

Never again will I search for fake
rainbows end
Now that I’ve found the answer my
life is just starting to rhyme
Sharing each new day with him is a
breath of fresh life
Oh, what I’ve missed he’s been waiting
right there all the time
Chorus
He was there all the time
He was there all the time
Waiting patiently in line
He was there all the time
I love what Beth Moore says! She declares that she knows that God will come through with his promises and help her in any circumstance, problem or crises because of all the yesterdays in which he had ALWAYS come through for her. Therefore, there is no doubt that he will come through for her EVERY TIME! And that is true for each of us as well!
Losing a sense of his Presence is not a God thing. It is Satan that wants to rob us of everything our Lord wants to give us, lying to us and giving us the illusion that God doesn’t care about the agonizing plight in which we are struggling to endure.
Let’s put the blame and shame where it belongs! It amazes me that when things in life go wrong, gets crazy, turned upside down and we are hurting to the core, how many people look up, shake their fist at God and blame him for everything that is going wrong in their life. When, in fact, it could be self-inflicted, maybe the fault of someone else or perhaps just a part of life.
I can understand the “why” of it, I suppose. One reason could be that we know that God is all omnipotent (all powerful) so they ask, “Why did this happen to me”? Or, more poignantly, “Why didn’t God prevent this from happening to me”?
Recently I even read of a woman who trashed God for, get this, allowing her son to commit a felony that earned him 20+ years in prison! After all, she knew that he was basically a good boy (a man actually, but always a boy to a mother) and as great and able as God is, he could have softened her son’s heart, made him think about what he was about to do before the crime was committed, thus preventing the act that earned him the incarceration that would ruin this young man for life……. Really?
It seems society, the world at large, even atheists and sorely, many Christians blame God for all the world’s ills. Even problems, miseries, poor economics, natural catastrophes (even insurance companies call it an “act of God” when it is actually (an act of nature), world hunger, death and yes, even the sins that are in this present age are attributed to God. God is also accused of sins like cruelty to humans, torture, murder, strife, hate and inhumanity in its many forms because he allows it. Well, if we are going to blame God for all this trouble in the world, why don’t we give Him credit for all the great, wonderful and awesome things that happen?
Well, remember Eve? Remember Adam? These two beautiful and perfectly formed people, made by their Creator who loved them so, blew it for all the rest of us who came after them. It was when Eve and Adam listened to and believed the lies of Satan and obeyed his suggestion to eat of the one and only forbidden fruit in the garden, that sin was introduced into the world. And all hell broke loose for all the rest of the time- side of life. Evil begets evil. Cain killed Abel out of jealousy, pride and hate. Ever after that, sin, sickness, crisis and tragedy struck and filled the earth affecting all mankind.

This book, This Side of Darkness, illuminates and exposes the horrific stigma associated with depression and anxiety. Many Christians look down upon the depressed and anxious Christian because they wrongly believe that it is caused from a lack of faith. After all, real Christians don’t get down in a constant mood of profound sadness for an extended length of time! Real Christians aren’t anxious about anything to the point of sickness. Real Christians don’t get ulcers from stress, real Christians don’t ……….real Christians don’t...……. This book reveals what Depression really is and what it is not. It is important for the one suffering with such depth of hopelessness and despair to realize that this “thing” called depression is NOT a spiritual matter but a bio/chemical disease. The depressant (that is what I call us) that is told to “snap out of it” and “pull yourself up by your bootstraps” cannot cure themselves any more than a cancer patient or diabetic can cure themselves without professional help! So, with this erroneous ideation that this is a spiritual problem, they, not only have the depression and anxiety to deal with but are pushed deeper into the dark pit with the shame and guilt of thinking that it is a lack of faith and spiritual maturity.

Have you ever heard that depression and anxiety for a Christian is a lack of faith? Please note that it is not a spiritual weakness but a bio/chemical disorder causing the brain to malfunction.

For a first-time published author, Lynn Vanderdasson is an accomplished writer. She knows her topic well from personal experience and hours of research.
What makes her book, This Side of Darkness, unique is the way she communicates as though she is sitting right beside you, talking with you one on one.
If you don’t read this book, especially if you have been overcome with the dread of depression and anxiety, you will certainly miss out on all the golden nuggets that are found throughout the book to guide you to wellness and a happy, productive life!
Lynn resides in the country outside the city of Sierra Vista, Arizona with her husband, Leon and her little Yorky, Sipsy.
Email: authorsnotelv@gmail.com