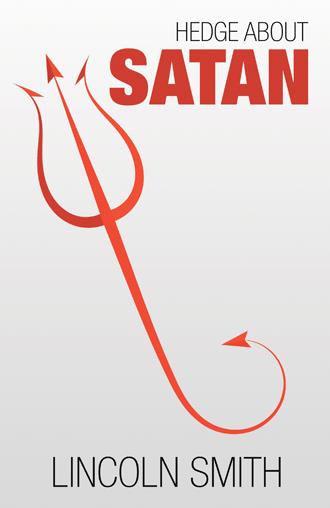 This book looks at Satan's infiltration into the modern day church through various means like worldliness and doctrinal error. Outside the church, Satan holds sway in binding people to earth with the endless cares and trials of this life which is devoid of even a thought or contemplation for our creator, "whom the god of this world hath blinded the minds of them which believe not" (2 Corinthians 4:4). Countless examples, such secular humanism, false religions, atheism, scientific reasoning and any other form of darkness all combine to squash down, fade out and marginalize His Word.

Our concern however must be for God's true church here on earth for never before has the church been so derided in bearing an influence across today's society. The church itself must also bear a large portion of responsibility for such compromise and error. Charismatic churches hold to fresh visions, revelations and healings that sit alongside the Gospel, yet it is sentimental love as a religious type of synchronism and assimilation with the world that derides the gospel in most contemporary and megachurches. Not only is the distinction between the regenerate and unregenerate members ignored but a false teaching and counterfeit worship with worldly ideals that idolize the flesh and oppose the Spirit is also presented.

Worldliness stands as a great blight on the church today for the true church represents a called out body of believers who are to stand in obedience to God's Word and to live as separate from the world. If the church has been called from something, it has also been called to something that through holy living, God may be glorified through her actions.

God’s unknown will, or the will of God’s decree, was eternally foreordained from before the foundations of the world, "I was set up from everlasting, from the beginning, or ever the earth was" (Proverbs 8:23). His decree is sovereign and is both immutable and effectual in that everything included in it will certainly come to pass and it is also hidden in God as only He does know who will receive His eternal mercy in Salvation, for "Known unto God are all works from the beginning of the world" (Act 15:18). Satan is thereby restrained from preventing such missionary activity and the sovereign purpose of God in redeeming His elect.

All believers are called to Grace through His Word so sound teaching must uphold the doctrines of Grace and the sacrificial and atoning death of our Saviour who has tasted death and led captivity captive on behalf of His people. Although real and acceptable obedience is not possible before conversion due to our spiritual and moral bankruptcy before the Lord, the implication of the law as fulfilled by Christ is significant for it determines an ultimate test, or settled attitude, by which a believer may be judged as to their standing or falling in relation to the Kingdom of God.

Whilst a believer does have unspeakable joy and everlasting assurance in Christ, this battle of the flesh and an inclination towards evil is something that will follow all the days of his life. This dilemma, that sin, like a foreign intruder, will always try to lure itself back into a believers soul. Believers are certainly at peace with God but are never at peace with sin.

In overcoming this, the Apostle states that the fulfilment of the law boils down to one command, “to love one another: for he that loveth another hath fulfilled the law” (Romans 13:8).

We cannot possibly uphold this in our own strength for which we need the knowledge of the truth of Christ as the perfect law keeper in obedience to secure us like a belt as the best antidote to stand against Satan’s lies and deception. “Having your loins girt about with truth, and having on the breastplate of righteousness” (Ephesians 6:14). This is inward and spiritual health when the Spirit in co-operating with ordinance distils Grace upon our hearts.

Satan has also tried to divide God's people from Old to the New Testament through the doctrinal error of dispensationalism. As Christ has satisfied all of the moral and ceremonial requirements from the law in redeeming believers from sin, examining exactly who God's covenant people are is also considered.

Throughout the Old Testament, the physical seed of Abraham runs parallel to that of the spiritual seed in blessing from God because all the promises of God were born through the nation of Israel. Our Lord was physically born of the Jews, yet after our Lord's death, the physical seed is removed from His providence for God’s promises pertain only to the church, or spiritual Israel which represents all believers that are effectually called and regenerated through faith in His promise of redemption.

Christ is that seed of Abraham and Grace is the true covenant that God has given the creature as remedy against sin since the fall. It is the greatest link that sovereignly joins believers from the Old Testament, or the Jewish age of the church, to those in the New Testament.

So does this same promised seed of Grace, known as the "remnant according to grace" (Romans 11:5) throughout the Old Testament, continue to believers today throughout all Gentile lands by faith for all are united in the body of Christ, "seeing it is one God that shall justify the circumcision by faith, and uncircumcision through faith" (Romans 3:31).

Satan as defeated cannot prevent the Lord's overall and blessed redemptive purpose in this world, yet his frustration and infiltration by worldliness within the church will only be hedged about if we stand in true dependence upon Him and prove obedience to His eternal call which is by Grace alone, through Faith alone, in Christ alone!

Satan’s infiltration into the modern-day church through worldliness and doctrinal errors should deeply concern all true believers as to the compromised standing of the church in becoming so entangled with the world and not bearing true salt and light.
The true church represents a called out body of believers, and if the church has been called from something, it has also been called to something that through holy living, God may be glorified through her actions.
God’s decree is infallible and represents His sovereign will and purpose in salvation. It was “foreordained before the foundation of the world” (1 Peter 1:20) where God the Father made a covenant of redemption with the Son, and in fulfilling this agreement at Calvary, Christ has purchased the Grace that is applied to all believers by the Spirit, who now stand eternally justified and sealed in the Spirit.
While a believer has everlasting joy and assurance in Christ, the pull of the flesh against the Spirit is something that will follow all the days of his life. This dilemma, that sin, like a foreign intruder, will always try to lure itself back into a believer’s soul. Believers are thereby at peace with God, but they are never at peace with sin for which the Apostle states that obedience to the law boils down to one command, “to love one another: for he that loveth another hath fulﬁlled the law” (Romans 13:8).
Deﬁning exactly who God’s covenant people are is also considered as Satan has attempted to doctrinally divide believers from both the Old and New Testament. Election according to Grace is the great link from the remnant that was saved throughout the Jewish age of the church to Gentile believers of today. It is all of Grace!

Since becoming a Christian in 2004, Lincoln has served in various ministries including both children’s work and evangelical outreach.

He has a young family with 2 children and is passionate about the doctrines of Grace that promote God’s glory. He has seen firsthand doctrinal error taught in several fundamental churches, and having also visited several larger contemporary churches, he has observed just how far worldliness and further doctrinal compromise has permeated the church today which has prompted him to write this book.

The subject of prayerful dependency upon God to place a hedge about Satan should concern all true professing Christians in bearing true Gospel light. May the Lord guide all His people to stand in obedience to His will.