The Jewish Background of Christianity in God’s Plan of Salvation

A Catholic Approach to the Old Testament 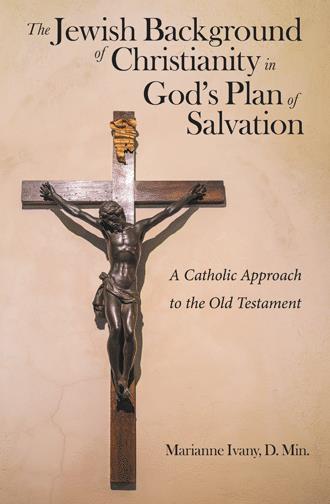 Modern Catholics may be dissuaded from reading or studying the Old Testament simply because the stories seem unusual or implausible and the language, foreign and confusing. Still, we must not neglect the inestimable value of God’s self-disclosure and the wealth of wisdom within the Hebrew scriptures, nor the Jewish prayers and traditions contained within, as many of them lie at the core of our faith and worship.

In a simple yet enlightening approach to scripture interpretation, Marianne Ivany provides a simplified overview of the major narratives that comprise the story of salvation history while offering appreciation for the role of Israel as God’s chosen nation. Throughout her study, Dr. Ivany invites spiritual seekers to explore the Old Testament, comprehend its continuum within the message of the New Testament, and reflect on its implications for understanding the life and teachings of Christ. By engaging with the text, Catholics will gain a new outlook on the depth of scripture as God’s personal revelation to humanity, enriched by the timelessness and wisdom of His word.

In this Catholic study, believers will gain a new appreciation for the Hebrew scriptures of Jesus and the way they serve as the background for the Catholic faith.

Marianne Ivany, D. Min. has been facilitating Catholic adult faith formation and bible study programs at both the parish level and Catholic institutes for higher learning for several years. She has the ability to explain complex theological concepts and scriptural themes in a clear, intriguing, and inspiring manner. Dr. Ivany currently resides in Aurora, Ohio. This is her first book.