In Other Words … Wait 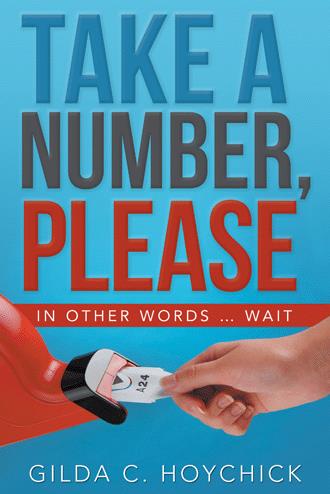 
Standing just inside the door she overheard a conversation. Some would consider this eavesdropping, but she was busy doing exactly what her husband had asked her to do. The problem with eavesdropping is that sometimes, you catch only a portion of a conversation that you hear out of context. However, the part she did hear as she passed the tent door was not out of context; it was a very matter-of-fact statement.

Three men came visiting during the heat of the day. Abraham rose up from sitting in the tent door and greeted them; he addressed one of them as, “my Lord”. He offered the three travelers rest under the shade of a tree as he made preparations for a meal. Sarah was instructed to prepare bread while he went to the herd to fetch a calf and gave it to a young man for dressing. Once ready Abraham set the hearty meal of the dressed calf, bread, butter and milk before the visitors and stood there with them under the tree as they ate.

After eating, the visitors asked where Sarah, his wife, was. Abraham replied that she was in the tent. At that time, the purpose these heavenly visitors had come for was revealed. The Lord said that He would return “according to the time of life” (time frame of a woman conceiving to delivering a child) and that Sarah would have a son. That’s the part of the conversation Sarah overheard inside the tent door.

Within a year she was going to have a son, not through another handmaid, not by adoption but conceive, carry and give birth to the child herself. She laughed. Mind you, Sarah laughed only within herself. She surely didn’t want them to know she was listening to their conversation!

How absurd it seemed—she, who was barren, and Abraham having a baby in their old age. At the time of birth, Sarah would be ninety and Abraham one hundred. Though Sarah denied she laughed, the Lord declared that He heard her laugh and said, “Is there anything too hard for the Lord?” (Genesis 18:1–15) It seems God handed Sarah an unseen number; she didn’t pull the number, it was God-ordained. The number came with a message: wait and trust the Giver of the number.

It was another one of those times in our lives when my husband and I needed spiritual guidance on a matter; that usually meant meeting with our hometown pastor. After seeking the Lord, Brother Joe was the one we turned to when we sought additional counsel. I don’t recall what the situation was, but I will never forget what happened in that little church office more than forty years ago. He helped us through the questions and concerns we had; I’ll paraphrase

a portion of the parting comments he made to my husband: “Who knows? God may be preparing you to preach the gospel.” I laughed as did my husband, but my laugh wasn’t an inner laugh like Sarah’s, and it wasn’t just a snicker. It was a hearty, out-loud laugh along with, “I don’t think so!” My outburst of laughter soon turned to a nervous What if? kind of chuckle. Is this a prophetic word from God?

Years passed. Nothing concrete seemed to come of that meeting. Whew, what a relief! At the time, however, I was unaware that God had very silently placed a number in my husband’s hand; just like the number He had placed in my hand, a number unseen and one that would be held for many years.

Sarah’s laughter ordeal came to fruition as she held her newborn son in her arms “according to the time of life” just as the Lord had proclaimed. Sarah could relinquish the unseen number held in her hand; her turn had come, and her wait was over.

My laughter ordeal in that little church office didn’t end with a period because my wait was not yet over. There was much yet to be written by the hand of my Creator. Long after that meeting, I discovered we should never put a period where God put a comma and never put a comma where God put a period. Who would have thought the placement of punctuation marks would make such a difference?

Wait. Did I just hear you laugh?

Life is about living, and one thing we know for sure is that living involves waiting. We wait our turn by taking a number, or maybe one is assigned to us. We wait to see a doctor; our name is on a list. We wait to renew our license; we pulled a number. We wait for an available table; we’re handed a digital pager. We sometimes feel we spend most of our lives waiting for something or someone.

And then there is waiting on God. In her book, Take a Number, Please: In Other Words … Wait, author Gilda C. Hoychick shares stories about waiting. This collection of personal anecdotes and wisdom found in God’s Word will make you smile and reflect on times of waiting in your life. She also uses the Bible to teach important lessons relevant to living a Christian life.

Take a Number, Please: In Other Words … Wait, is a celebration of God and His infinite love and grace for us. You will find hope and encouragement through these pages of memoirs and times of waiting; most important, waiting on, trusting in, and putting your hope in the Lord. After all, He is the One who holds all the numbers.

Gilda C. Hoychick has lived in central Louisiana for almost twenty years. As a child of God, she feels blessed beyond measure at being a wife of over fifty years, mother, and grandmother. She and her husband, Darryl, have four children, eleven grandchildren, four great-grandchildren, and an Australian cattle dog named Sheela.