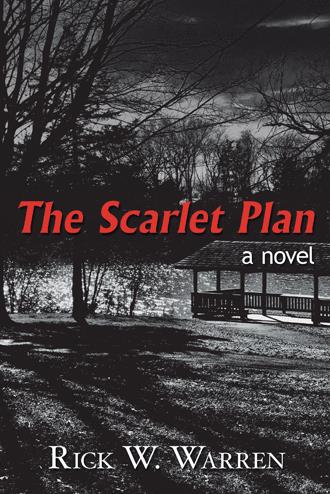 It was on a sunny autumn morning that darkness came into Galesburg, Illinois. This darkness wasn’t made out of storm clouds or an eclipse. As a matter of fact, no one knew the darkness was there. But it was. It came in the form of two men in an automobile heading south on Highway 150. To the naked eye, nothing would have seemed out of place. Their presence set off no suspicions. The car passed a runner as it neared Lake Storey and the runner knew nothing different. No chill ran up her back as the car passed by. There was no indication that in two short weeks her and her running partner would see a dead body floating in that same lake at approximately this same time. She would make no connection in her mind that the car that just passed her would be responsible for all that was about to happen.
It’s the nature of evil. It’s not that it comes all at once bearing its fangs for everyone to see. Rather, evil comes quietly. As a matter of fact, on the day this car drove into the city limits of Galesburg much had already been done in preparation. This was a well-planned scheme with many little connections that no one would have noticed until after the chaos that would come.
The Thinker drove while the Actor sat in the passenger seat. They each had other names, real world names given at their birth, but they were unknown to each other. At least that was half right. While the Actor didn’t know the Thinker’s name, the Thinker knew the Actor very well. He was the Thinker after all. As they began to enter the city, the Actor broke the silence.
“It’s a powerful feeling isn’t it?” grinned the Actor. “Its exactly what we were promised for our devotion: power.”
“We will be well rewarded for our efforts,” The Thinker replied. “This should be some of the Scarlet’s finest work yet. We will learn much from this and it will aid us in the future.”
“When will the Cleaner arrive?” the Actor asked.
“He should be here soon. He has some other loose ends to tie up for the Scarlet. He’s efficient. He’ll be here exactly when we need him. As a matter of fact, he has been looking forward to this.”
“So have I. Our scale is increasing. We are accomplishing grander things. I feel as if the time for the Great Plan is drawing near.”
“Everything in due time, my friend. I share your enthusiasm, but we must take all things in stride. Let’s not lose sight of what we are currently doing. Let’s be able to enjoy everything ahead of us. As power grows, so grows our satisfaction.”
“Agreed.”

Hatred burned in his dark eyes as he walked along the road. He liked the hatred. It fueled him. It motivated him. He didn’t hate because he was vengeful or hurt. He hated because it felt good. To him, hatred was power. Power to do whatever he wanted. And that’s exactly what he did.
There were people he listened to. There were people who even told him what to do. However, there was no one who made him do anything. He chose if he wanted to listen. He always made the choice. Ultimately, the reason he listened was because they gave him an avenue to do what he loved the most: create chaos.
As the leaves of fall crunched beneath his feet, he smiled at the task he had ahead of him. He looked forward to his role in the storm that was approaching. The hatred, however, never left his eyes. The hatred would stay. It was inside of him and it was inside those that were also inside of him.
Usually when a storm rolls into town you can tell by seeing the clouds on the horizon. Animals skitter, the air changes, and the wind picks up. This was a different type of storm. This one had nothing to do with the weather. The storm that was coming was evil. Were there warning signs for this storm? Of course there were, but only to those whose eyes were open. There were some who knew something was off and there were some who could do something about it.
That’s why the Cleaner arrived to Galesburg. People were getting in the way of this coming storm and it was his job to remove the obstacles. That is why, on this day, he had arrived. The preparation was almost complete and the pieces were falling into place. Now it was time to tie up the loose ends, and that was exactly what he was here to do. The hatred remained in his eyes, but a grin had now formed on his face.

In the town of Galesburg, Illinois, a storm is coming. Not a storm of rain and lightning but a storm of evil.

It is two weeks until Halloween, and the city is celebrating its undefeated high school football team, led by its unnaturally amazing superstar quarterback, Clayton Stoneking. Football frenzy has overtaken everyone. However, the joy of celebration has also blinded the town from the darkness that has crept in unseen.

Meanwhile, a pastor by the name of Jack McKenzie, who was loved by the community, is found murdered, with no clue as to who did it or why. James “Convert” Madsen, a man whose life was changed by Jack; Aaron Clark, a youth pastor who had been mentored by Jack; and Emma Ironside, a local newspaper reporter who attends Jack’s church, come together in order to find and bring to justice Jack’s murderer. Those three, as well as four of Aaron’s students, delve into the mystery of what happened and begin to realize that things run deeper than they could have possibly imagined as they discover the Scarlet.

This is a story of thrills, mystery, faith, belief, and heart. It shows the depths that evil will take to destroy and the ability of goodness to overcome all that confronts it. Even though the darkness can be great, there is always a greater light that shines through.

Rick W. Warren is a pastor in Illinois where he lives with his wife and five children. The Scarlet Plan is his first novel.