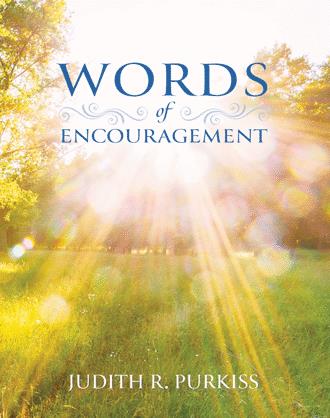 Following one defeat after another and the capture of the Ark of the Lord, a message came to the Israelites. The prophet Samuel said, “If you make a wholehearted return to the Lord and put away the strange gods and just serve God only, He will rescue you from the Philistines.” The Israelites had taken years of humiliating defeat, and now they were desperate and willing to turn to God in sincere repentance. So they put aside the idols they had been worshipping and served God only.

Then Samuel invited the people to a service of consecration at Mizpeh and told them that when everyone was assembled, he would pray for them. When the Philistines heard that Israel was at prayer in Mizpeh, they mustered their army and marched there. And when the Israelites heard the approaching army, they were afraid. The people said to Samuel, “At this time above all, don’t stop crying out to God on our behalf for Him to save us from the Philistine army.”

So Samuel made a sacrifice to God and cried out to Him on behalf of the Israelites, and the Lord heard him. As the Philistine army drew near to commence battle, the Lord thundered from heaven and routed the army, and they were defeated before the Israelites. And Samuel took a stone and set it between Mizpeh and Shen, and called it Ebenezer, saying, “This is how far the Lord has helped us” (1 Samuel 7:1–12 NKJV).

I have had my struggles with my Philistines; you have doubtless had yours too. At times, it takes repeated defeats to help us realise that the problem is not with God’s leading but with us. Or, to put it more simply, the problem lies with me. At the point of desperation, we need to recognise that there are foreign gods in our lives. It could be skewed priorities or smug confidence, trusting in your ability to take care of every situation. It could be making a person, money, or material possessions into an idol.

Whatever it is, God has been displaced, and He is saying, “Put them away and seek Me only.” True transformation of heart can only be brought about by prayer and sacrifice of what is most valuable to you. It was at the point of prayer that the Philistines thought to launch an attack. Wrong move; people of discernment will realise that those on their knees are more powerful than someone standing upright preparing weapons for battle. Philistines don’t know that the weapons of the believer are not physical but are spiritual and that God is the One Who does the fighting.

Sometimes, we can adopt a Philistine mindset, and when we see the army approaching, we can forget about God’s past victories and go into panic mode. Then we rush to the Samuels in our lives, as I have done, and say, “Don’t stop praying; the situation is urgent.” It is at this point that God shows His hand, and He defeats your attackers in front of you. Then it is essential to create a monument as a point of reference and reflection. Everyone needs an Ebenezer to keep in sharp focus that there are times when there is nothing we can do.

The Ebenezer stone also serves as a reminder of God’s deliverance in the past, and it is a promise of future help. Are you desperate? Can’t take it anymore? Put away the strange gods, the excessive work, the pursuit of wealth or status, the anger, the pain, everything that may have misplaced God in your life, and pray. God will hear and rout your Philistines.

I am erecting my stone of help and thanksgiving; my stone of recognition of God’s deliverance. The inscription on my monument is “This was my point of desperation, and it was here that God helped me.”

Words of Encouragement is about encouraging those who encourage and support others. It is a cliché, but a valid one, that there are always people who help others but have nowhere to turn when they are in need. Sometimes it may not be a material resource that is required; it might just be a kind word, a smile, or a nod that recognizes that everyone has “off” days. I hope you will be encouraged by sharing with me in this journey of words, which seek to inspire and support.

Judith Purkiss lives and works in London, England, where she is a teacher working with children who have special educational needs. In her spare time she likes to exercise and help out those in need in her community. She also loves reading and writing when she has the time and has written inspirational articles for magazines and devotionals. Judith is a student of languages and loves both the spoken and written word. A couple of years ago her love of encouraging people grew into a blog called Words of Encouragement, which provides daily insight from the Bible.