Your Image of God Matters 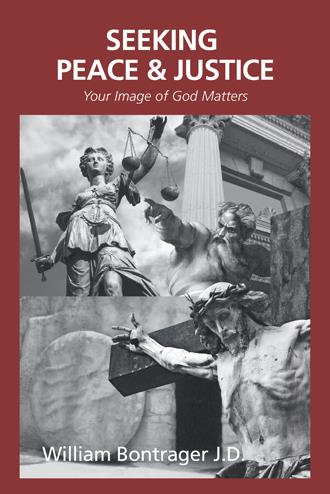 FOREWORD
If possible, as far as it depends on you,
live at peace with everyone.
Roms. 12:18.
Many crave and seek the ruler's favor,
but the wise man [waits] for justice from the Lord.
Prov. 29:26
Shalom OT:7965 -- peace; completeness; welfare; health
Mah shlomka -- "How is your peace [today]?"
Chapter 12 of Romans might easily be considered the start of the second of two points in a lawyer's Brief entitled:
"How fallen people, saved by God and in indwelt with the Holy Spirit, can live at peace in a fallen world surrounded by fallen people."
The first 11 chapters had covered the matter of "Who was, is, and will be Jesus Christ, and who are you in Christ?"
Paul was, of course, a lawyer, Pharisee of Pharisees. [Philippians. 3:4-6; Acts 22:3.]
But it is important to note that Paul was not merely a lawyer; he was a litigating lawyer, i.e., a Prosecutor of Believers for violation of the black-letter "Law of The Lord" (God's Torah). At least that is what he was when he encountered the God whom he thought he knew and understood but did not understand while on the road to Damascus. [Acts 9:1-8.]
What Paul came to see was that his image of God, based on his knowledge of the Old Testament Scriptures and the Jewish society in which he was raised, was full of errors. Once his image of God changed, Paul went on to be the primary author of the New Testament.
But why was Paul's image faulty to begin with?
I posit that Paul's image was faulty because God's Torah had been twisted from Good Instructions from God conveyed directly to the people at the Mountain before all but Moses withdrew in terror [Exodus 20:18-21]. A whole culture had grown up around the meaning of Torah over the centuries as The Law of The Lord which had led to reading the Scriptures as a penal code. That understanding had become "Holy Writ," and could not be challenged or reconsidered.
I am writing to people who call Jesus of Nazareth their Lord and Savior, who are 2000 years after His death, burial and Resurrection, who have been raised with a cultural lens of a Western Legal Philosophy which has insinuated itself into the Bible, and who are familiar with the Bible and the pulpit presentation of Jesus the Christ but not with the original Hebrew and Greek words used for "Law".
I believe that our belief that the fundamental principles of our Western Law are Biblically based has twisted us as badly as Paul's society had twisted him. And thus our image of God, like Paul's image of God, is not a proper image of the God whom we proclaim and desire to serve.
I write to ask the Reader: "Is your image of God faulty?"
I write because mine was faulty for the first 53-years of my life, and likely still incomplete in many respects.
I write because the Reader will never be able to "live at peace", or sleep in the peace of the just while on this earth, unless his/her image of God is a proper image. Otherwise, fear will impede him from practicing His ways for finding peace and justice in the midst of a conflict [I John 4:18].
So let us start by being truthful with one another: A very large portion of our lives involves conflict -- with self, God and others -- and we are not likely to have peace or justice unless we deal with those conflicts according to God's ways rather than man's ways.
But to become willing to risk trying His way, we have to understand God and His Word devoid of the philosophies of our Western Legal Tradition.
My models for peace when in conflict are Adam and Eve [Gen. 3], and Shadrach, Meshach, and Abednego [Daniel 3]. They found it. I have often found it, and you can find it -- but only if you are willing to consider the possibility that your image of God is wrong.

“If inner peace and a sense of justice come only from God [Proverbs 29:26; Shadrach et al. vs. Nebuchadnezzar, Daniel 3] and we yearn for both when in conflict, why do we not appropriate them from God when in conflict? 1 John 4:18 suggests it is because we stand paralyzed in fear, for our love is not fully mature. But how can that be true for a forgiven believer—unless our image of God is not correct?”

“The author argues that our fear flows from an image of God as an angry judge, judging us from his Torah, a penal code of crime and punishment. But why do we think that when Christ on the cross wipes our sins away and gives us a spirit of sonship? [Romans 8:15]. Do we think it because we think our thousand-year Western legal tradition is biblically based and we subconsciously read it into Torah? What if that premise is wrong? After all, Torah originally meant instructions or teachings, not law.”

“Mr. Bontrager reexamines the nature of God and his Word in view of Torah as a gracious gift of instructions to people blinded by sin, living in a fallen world, offered to us by God to guide us in working through conflict according to his ways, thereby finding peace and justice [Psalm 119].”

Bill Bontrager is a former attorney and judge, Criminal and Juvenile Justice expert, consultant to Charles Colson and Prison Fellowship, professor of law in the former USSR, licensed Minister of Reconciliation, and now a pastor of discipleship in Tucson, AZ. Bill is available for consulting and teaching on matters of Law, Justice and Reconciliation, and can be reached at