A Simple Plan of High-Yield Stock Investing for Uncommon Wealth 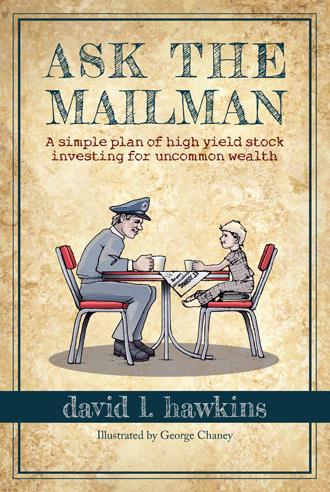 EVERYONE NEEDS AN IRA…NOT SO FAST, YOU CAN HIT THE LOTTERY
If you have come this far reading about my philosophies of saving and generating money you will find that I am now going to make a wild turn in reverse (kind of) and show you how saving in an IRA is not as great for you and your family as it could be (talk about being a contrarian.) I think I can safely say that most everybody has dreamed of hitting the lottery and what you would do with a large amount of unexpected cash. A new house, travel the world, exotic cars, just pamper yourself beyond your wildest dreams. Then after that be generous to others, wipe out hunger in your home town, fund a new addition on your church, start your own charity. Does any of this sound familiar? Now you found out that you just hit the lottery the first thing that you have to decide is, do I take it in a lump sum, or monthly payments over a course of time. This brings me to the whole point of this chapter. Is it better to have a “nest egg” or an income stream? Please think about that for a second before you answer. I know for myself I always felt for me personally that a lump sum was best because I knew that I would have no problem managing those funds in such a way that I could create more than if I waited to collect the money over a period of time. History has proven that for the most part people unfamiliar with large amounts of money generally do not manage money well. While having large amounts of money is very comforting there is a responsibility that comes with it that can be overwhelming even destructive if not managed properly. In this book I have pointed out in various examples how money is the “sharpest tool in your tool box”, and for those who get my message and dare to take advantage of my ways of investing I have another approach to building wealth, to reveal here. From the very beginning I have strived to have a comfortable retirement, sacrificing in my youth so that I could enjoy life later. The very first year that the personal retirement account came into being I contributed the maximum allowed, and continue to do that to this day. The creation of the individual retirement account (IRA) by President Ronald Regan has been one of the most significant wealth builders for the working man to create a nest egg for his golden years since Social Security. I would like to point out here Social Security was created as a supplement to the working man’s retirement. It was never meant to be a sole source of income for retirement. The IRA has also been a large contributing factor to the growth of our stock market this because we want something more substantial in the way of seeing our money grow other than sitting in a bank which provides security but very little growth. So now for 35 plus years our working population gets the idea that they have to take a commanding role in their own retirement destiny, of which I have been the “poster child” for, and it is working as designed because I took an active role to achieve the results that I wanted. Social Security will be a supplement to my retirement as it was intended; in fact it will totally be “play money” for me. That is what my goal was to have that “nest egg” at the end that would provide me with not only me and my family’s needs but my heart’s desires. It worked. I hit my own lottery; I have my lump sum, my nest egg. I won’t say here that I did it wrong, but I will say that I could have done it much better had I paid more attention to the bigger picture at the finish line, and the “pot hole” on the other side of the finish line is income taxes.

Ask the Mailman will enlighten those who want a very simple plan that will deliver uncommon wealth through investing in high-yield stocks. When coupled with the laws of compound interest, this plan can provide unbelievable results, even for those that have had unfavorable experiences investing in stocks before. Ask the Mailman describes many ways to make compound interest your personal banker with very little effort or attention. Cash Is King and this book demonstrates how to get more cash, make it work harder for you, and get you an extra paycheck, build up a nest egg, and pay some or all of your bills with “free” money from your stock investments. Ask the Mailman also shows how to make your children or grandchildren millionaires by the time they are forty years old, with almost no effort.

Uncommon wealth tips and points revealed in Ask the Mailman:
• Stocks are the greatest and easiest way to get an extra paycheck.
• How to take advantage of a Wall Street yard sale.
• You want to stop working someday, don’t you?
• Everyone needs an IRA! Not so fast—you can hit the lottery.
• Make your children millionaires sooner rather than later.

Growing up in the Midwest, David Hawkins always thought he would be a carpenter. When the time came, he selected a vocational high school to study carpentry. Upon graduation, he received the Craftsmanship Award for his newly acquired skills. The day after graduation, he started building homes and improving his craft. Four years later, David felt the desire for more. College was the obvious choice, but what field of study? Aptitude test results indicated the best field for David was a career in interior design. He selected Kent State University and earned his degree in design.

For more than forty years, David’s passion for design, art, and construction has rewarded him with a diverse national client base. His travels as an interior designer have taken him all across the country, doing fun projects and meeting interesting people. During his forty years as a professional designer, he has won several national awards for excellence in lighting and retail design and been awarded two United States and Canadian patents for product design.

David has a design studio in a century-old farmhouse and barn in the Highland Square Arts District of Akron, Ohio, where he lives with his wife, Wendy.