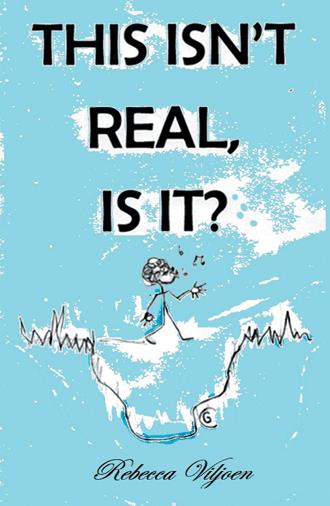 My friend, Frances, has had a succession of motor vehicles which almost defy description in their quirks and mechanical short comings. One of these amazing vehicles used to sip its fuel from a bowl on the front passenger side floor. I should have known better than to agree to venture to be transported by one of them, but times were hard and I had to give Frances a chance to share.

A friend of ours lived in a large retirement village, and they were holding a Burn’s Night celebration in their community centre. Furthermore, our friend was to play her piano accordion in the dance band, and we were urged to come and support her.
On the due date, quite unsuspecting, I sat down in the passenger seat of Frances’s vehicle and relaxed back. In the wink of an eye, I found myself upside down on the back seat. The passenger seat was not anchored to the floor, in the usual manner, or in any manner at all, and it had somersaulted me effortlessly through the air with a single buck. In addition, there were no seat belts.

Before we even left the yard, I was having misgivings about the ability of the vehicle to deliver us to our destination. There appeared to be a little man in the engine with a hammer, and the engine did not run any too smoothly. I asked Frances nervously if she was sure we shouldn’t take my car. She shrugged off with disdain my nervousness, and my suggestion.

My anxiety increased before we had gone two blocks because, as well as the obvious problems, it became apparent that there were other hidden defects. Each time we hit a bump, and there were many bumps, either the lights, engine or both stopped functioning until we hit the next bump. My eyes wide with horror, I reiterated more urgently that we had better go back and fetch my car. Frances was just as adamant that it was unnecessary. I gripped more tightly onto my anchor points.

We hadn’t gone much farther when the whole car began to fill up with smoke, originating from a grey metal, lumpy thing situated under the dashboard, which had many different coloured wires running into and out of it. That was too much. I tried to be firm about going back and getting my car. Frances turned a deaf ear, wound her window down and stepped on the gas. I had no option but
to hang on, and try not to look.

To my surprise, we did actually make it to the venue of the Burn’s Night celebration, where further surprises awaited us.

Rebecca Viljoen is subject to unusual incidents. She has been fallen on by a unicyclist and a piano and has been pursued down the stairs by a table. Even she finds it hard to believe some of the things that happen to her, but she swears that everything written between these pages is true and unexaggerated. The author attributes her bizarre experiences to a guardian angel with a creative imagination and a misplaced sense of humor, who enjoys making her look ridiculous in order to cheer her up and make her feel unique.

Rebecca Viljoen was born in Bulawayo, Zimbabwe in 1953. She lives with her husband, and they have two grown up sons - who don’t live with them. (They live with three cats and a flock of mixed breed bantam-type chickens.) Home is Harare, Zimbabwe. She has always lived in Africa, where her heart is, though she has travelled to most of the other continents. Her training is in special needs teaching for dyslexic and ADD/ADHD students, and she is the founder of a small educational trust, which specialises in students who don’t fit comfortably into the ordinary school system. A few years ago, she met two young men in a car park, which somehow lead to her becoming a film producer. Although she knew nothing about film making, thirty years experience in theatre helped a little. Rebecca Viljoen is a nom de plume.

About the Illustrator
Bill Masuku is a born and raised Zimbabwean comic book artist, writer, and founder of Enigma Comix Africa. He gained acclaim for his fresh take on super hero narratives in his books Captain South Africa and Razor-Man, fast making him one of the notable pioneers of African comic book stories in the SADC region. He appeared as a guest at the first Comic Con Africa hosted in Johannesburg, South Africa in 2018. He has gone on to teach his craft in youth development programs in Harare.