In relation to family 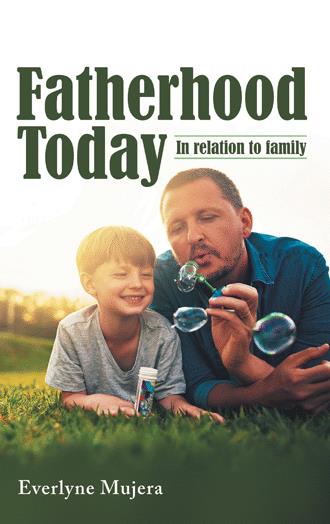 Who Is a Father?

When my firstborn started showing autistic tendencies early on, I was confused and frustrated because he was not behaving as I knew children should behave. A nurse told me, “God gives children to us but without a manual.” I pondered her statement over the years as I went through difficult moments with my son. What I have realized recently is that God is a father too and we are not left without a GPS with which we can navigate parenting.

God’s fatherhood is a pattern for human fatherhood. He created the world and organized it well. He ensured food, water, light, night, seasons, and fellowship with him and man. He even warned Adam and Eve to obey him so they would not die (Genesis 1–3). He still reminds the world that sin has consequences. He is a clear example of a father who has properly laid down his plans for his creation and is ready to follow through with them.

He expects fathers to follow his example as a father. Abraham was a father to the nations by natural descent from them and spiritual fellowship with them. God planned for Abraham to become a great and a powerful nation and that through him, all nations would be blessed. God chose him to teach his children to keep the ways of God (Genesis 18:18–19).

God wants fathers to model him to their children and households. Abraham had faith in God, and so did Isaac and Jacob. All later generations had to remember this, act on it, and continue it. Fathers should not take for granted their roles in their children’s lives.

The word translated “father” is pater in Greek—one who imparts life and is committed to it; a progenitor, one who brings into being and passes on his likeness. God is referred to as our heavenly father because he imparts biological and eternal life by which those who receive it resemble him more and more just as earthly fathers give biological life to their children, who grow up to resemble their fathers in their behavior, appearance, and speech.

According to Romans 4:12, Abraham became a father of the circumcised and those who followed in his faithful footsteps before he was circumcised. The Jews once argued with Jesus about the freedom they had because they were of Abrahamic descent. Jesus faulted their view seeing that they did not practice what they preached. Abraham was faithful and obedient to God, whom Jesus represented on earth. Jesus expected them to show themselves like Abraham in spirit and purpose as though they had inherited his nature. To prove his point, he reminded them, “I speak what I have seen in the presence of the father, and therefore you do what you have heard from your father” (John 8:38). They spoke the language of their fathers and were even ready to execute his desire—to murder the truthful one (v. 40).

Parents should know that they can impart to their children only what they have. I once heard two women talking about a family that had given their children educations, good medical care, and inheritances, but one son had been shot dead for being a robber. One woman sighed and said, “Such a child can never blame the parents for his ways.” Giving birth and providing physical needs is not enough; parents need to go a step further.

God is commonly portrayed in the New Testament as a father. In the Old Testament, he is rarely mentioned as a father, but father imagery is very much present. The Hebrew word ab is translated as “father.” God is a father to his people since he created them and controls, guides, and lovingly watches over them. In Deuteronomy 32:6, God is known as a father who creates and sustains.

When God commanded Moses to deliver Israel from Pharaoh, God referred to his people as his firstborn son (Exodus 4:22), and all he wanted to see was their freedom and deliverance. He delivered them through Moses, his servant, and then as an eagle carries its young on its wings, he brought them to himself. God is a caring father who wants to see his children free from bondage.

When God chose David’s successor, he assured David that he would be a father to Solomon and Solomon a son to him; he would be disciplined when he did wrong (1 Chronicles 28:6). Indeed, we see God through Solomon in his kingship to Israel; he endowed Solomon with great wisdom, riches, and so on. God’s favor was with him in constructing the temple, but when he went astray, God disciplined him through other nations.

The prayer in Isaiah 63:16 reveals the omniscience of God our father. The Jews in their prayers recognized that even though they may not be known by their ancestors, God knew them. “You are our father, even though Abraham does not know us and Israel doesn’t recognize us, you Lord are our father from ancient times.”

God knows more about the beginning and the end of our lives than our paternal parents and those surrounding us do. This is reason enough to confidently entrust our lives to him and let him lead us to his purposes for us. We are clay in his hands; he shapes us into vessels that honor him.

God is very compassionate toward his children; he shepherds them. Jeremiah 31:9 reads, “They will come weeping but I will bring them back with consolation, I will lead them to the wadis filled with water by a smooth way where they will not stumble for I am Israel’s father.”

He understands the deep needs in his people’s hearts. As a father, he answers us and wipes away our tears. When sheep are in the presence of their shepherd, they are not afraid of anything. They have confidence in their shepherd even when wolves threaten them.

God is a father, but he does not have a physical nature; he is spirit. That is why Jesus said that those who worship him must do so in spirit and truth (John 4:24). John said that no one had seen God except the one and only son of God, who had revealed himself to John (John 1:18).

God is eternal. He told Moses to tell the Israelites that I AM sent him to deliver them from oppression (Exodus 3:14). God, who described himself as the God of Abraham, Isaac, and Jacob, is eternally present. His interest is more seen in his relations with humans as he aims to shape his worshipers into desirable vessels. As a father, he is loving, understanding, and approachable.

God the father is not distant from us, but we may wonder if he empathizes with our problems as parents. Hebrews 1:3 tells us that Jesus, “the radiance of God’s glory and the exact representation of his being,” was born just as we were; he went through child dedication and grew in wisdom and stature. At some point during his ministry while taking a shortcut through Samaria to Galilee, he came across Sychar, a town near the property Jacob had given his son Joseph. He sat at a well to rest. He was thirsty, so he took water from the woman at the well (John 4:6–7). After forty days of fasting, Jesus was hungry and was tempted by Satan—as we all are. During his earthly life, he offered prayers and appeals with heavy sweat to God, who was able to save him from death. He felt pain at his crucifixion, and after his resurrection, he showed his disciples the scars on his hands and feet and asked them to touch him and prove it was he and not a spirit (Luke 22:44; Job)

Fatherhood is a unique task given to parents, whether biological or spiritual. It is high time parents, particularly fathers, understand how much of an influence they are to their children, society, and future generations. This book offers biblical perspective on parenting with God in view as a father.

Everlyne Mujera has been a pastor and is now involved in the Children Ministry. She has recently had a special experience of God as a loving father which has dived her into researching about who God the Father is.