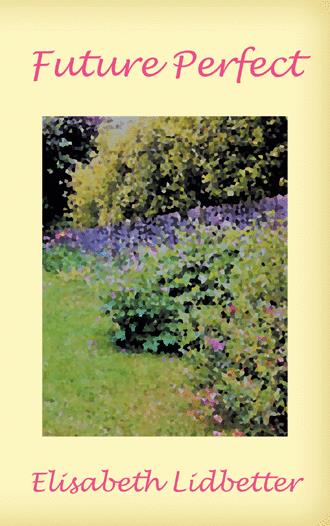 It crossed Emma’s mind to wonder, in a distant kind of way, what her financial situation would be now. She supposed hazily that she would have to talk to a lawyer or to the bank, but she couldn’t begin to think how the process would work nor what the outcome could possibly be. She had a brief, vivid memory of Sam telling her earnestly shortly after they had married that he kept all his important documents in the locked box-file under his desk and showing her where he kept the key – under the pen tray in the top drawer of the desk. She could plainly recall his serious expression, the tone of his voice, his square hands with their blunt fingers and neatly trimmed nails as he had lifted the tray to reveal the carefully concealed key. Her mind shied away from the memory and she walked on, pushing the stroller steadily further and further away from home, as half-formed images and thoughts flashed unbidden through her mind in random patterns.

A large raindrop landing on one knuckle recalled her to some awareness of her surroundings. Easing her tight grip on the handle of the pushchair, she looked up and saw that the boisterous April wind had blown up a scudding swirl of heavy, grey clouds. Deftly, she secured the hood of the stroller and fastened the plastic cover across the still sleeping twins. She noticed that Millie was beginning to stir and, glancing at her watch, realised that they would soon be hungry.

The rain began to fall more steadily and, by the time Emma had pulled up her own hood and tied it under her chin, it had become a downpour. She turned the pushchair to retrace her steps but as she did so she was calculating that they were at least half an hour’s brisk walk from home and that they were likely to be soaked through long before they arrived. She sent up a brief prayer and, looking around, it dawned on her that she was only a few streets away from Charlotte’s house. On impulse she set off in that direction. Charlie was a longstanding friend and had a toddler of her own - little Dan, Emma’s godson. Charlie would understand; she would welcome Emma in and give her a safe haven, somewhere to feed the twins and wait out the cloudburst.

Emma’s feet slowed momentarily as she realised that she would not be able to avoid breaking the news of recent events to Charlie. She shrank from the idea but she knew she would have to tell people sooner or later and to be able to start with Charlie, who was one of her closest friends, must be counted a blessing.

As the ferocity of the rainstorm increased, Emma began to move faster, until she was almost running with the stroller over the uneven pavements. The cold drops struck her face and hands with stinging force and a tiny wail came from one of the twins, shortly followed by another. Soon a second voice had joined in and both babies were protesting in chorus.

All at once, it was too much for Emma. Salty tears mingled with the rain on her cheeks and she sobbed as she hurried down the street, turned the corner and headed like a hunted animal for the shelter of Charlie’s house.

Her cold, wet fingers fumbled with the latch on the garden gate and then there was the usual problem of negotiating the gate with the unwieldy pushchair, while the rain fell unremittingly and the twins howled. It was with a sense of relief that Emma reached the shelter of the open porch. She clumsily untied her hood and pushed it down before reaching up to ring the doorbell.

“Just a minute now; just a minute,” she soothed the twins, rocking the pushchair and waiting for the door to open. As the delay lengthened, she wondered for the first time what she would do if Charlie were out. No solution presented itself and, with a little prayer of desperation, she pressed the doorbell again. Almost immediately, over the wailing of the babies, she caught sounds of movement inside and the door opened.

Emma looked up thankfully to greet her friend, an explanation on the tip of her tongue, but found herself staring at a completely unexpected apparition. A tall, lean, dark-haired young man in jeans and a jumper – not Charlie’s husband, Edward, who was solid and blond, but one of Ed’s friends – in fact, someone Emma had not seen for six years and had thought never to see again.

“Nick!” she gasped, as the twins continued to protest.

He looked even more shaken than she felt and, of course, she presented a shocking enough picture: cold, dripping wet and with the marks of her distress visible in her face.

“Emma?” he exclaimed on a note of astonishment, his voice splitting on the disyllable.

“What are you doing here?” she demanded in accusatory tones.

He seemed to pull himself together with some difficulty. “I’m staying with Ed and Charlie.”

“No, she popped to the shops with Dan a little while ago.”

Emma’s face fell and her shoulders slumped in defeat.

“What’s wrong?” Nick asked, but Emma only shook her head, close to tears once more.

“She’ll be back soon, I expect,” Nick offered reassuringly. “Come in out of the rain and wait.”

As he spoke, he stooped and lifted the pushchair in over the threshold. Emma followed reluctantly. She really did not want to spend any time with Nick but she could not think of an alternative.

Emma has been married to Sam for less than two years when, suddenly and devastatingly, she finds herself left with the sole responsibility for their little twins, Millie and Joel, who are just eleven weeks old. Her church family provides practical help, and a long-time Christian friend offers support and encouragement. But Emma struggles to trust in God’s goodness as she tries to rebuild her life and provide Millie and Joel with the care they need. A chance encounter with a former sweetheart, Nick, reminds Emma of an old anger and another heartbreak that she had tried to forget. To her surprise, Nick begins to help Emma and the twins occasionally, and she finds herself wondering whether there could be any chance that he has changed his ways. But how can she trust a man who has hurt her so badly in the past? Imperfect communication and the inevitable misjudgments of the human heart cause complications, but when Emma’s brother takes a hand in proceedings, there are unexpected developments that change everything.

Elisabeth Lidbetter is an English writer who lives in Kent. Finding that a degree in Engineering Science from Oxford University and professional training as a patent attorney were of rather less use as a Christian wife and mother than a dependence on God and His word, and the support of a caring church family, Elisabeth incorporates her experiences into her writing. She writes about the struggles and joys of everyday life as a Christian in a contemporary, suburban, English setting, exploring the way in which faith shapes the actions, priorities and relationships of her characters.