Words and Works of Jesus 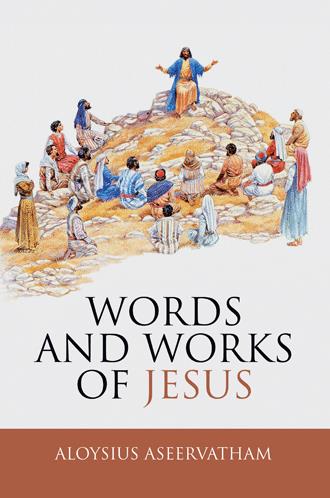 Jesus trains his disciples to preach the good news.

Jesus Speaks of His Death for the Second Time.

And while they abode in Galilee, Jesus said unto them, The Son of man shall be betrayed into the hands of men:

And they shall kill him, and the third day he shall be raised again. And they were exceeding sorry. (Matthew 17: 22 – 23 KJV)

Who is the Greatest in the Kingdom of Heaven?

At the same time came the disciples unto Jesus, saying, who is the greatest in the kingdom of heaven?

And Jesus called a little child unto him, and set him in the midst of them,

And said, Verily I say unto you, except ye be converted, and become as little children, ye shall not enter into the kingdom of heaven.

Whosoever therefore shall humble himself as this little child, the same is greatest in the kingdom of heaven.

And whoso shall receive one such little child in my name receiveth me.

But whoso shall offend one of these little ones which believe in me, it were better for him that a millstone were hanged about his neck, and that he were drowned in the depth of the sea.

Whoever is Not Against Us is For Us.

But Jesus said, forbid him not: for there is no man which a miracle in my name shall do, that can lightly speak evil of me.

For he that is not against us is on our part.

For whosoever shall give you a cup of water to drink in my name, because ye belong to Christ, verily I say unto you, he shall not lose his reward.

How Many Times to Forgive?

Moreover, if thy brother shall trespass against thee, go and tell him his fault between thee and him alone: if he shall hear thee, thou hast gained thy brother.

But if he will not hear thee, then take with thee one or two more, that in the mouth of two or three witnesses every word may be established.

Then Peter asked Jesus: “Lord, if my brother keeps on sinning against me, how many times I have to forgive him? Seven Times?

Jesus answered: “No, not seven times, but seventy times seven.”

The kingdom of heaven likened unto a certain king, which would take account of his servants.

And when he had begun to reckon, one was brought unto him, which owed him ten thousand talents.

But forasmuch as he had not to pay, his lord commanded him to be sold, and his wife, and children, and all that he had, and payment to be made.

The servant therefore fell down, and worshipped him, saying, Lord, have patience with me, and I will pay thee all.

Then the lord of that servant was moved with compassion, and loosed him, and forgave him the debt.

But the same servant went out, and found one of his fellow servants, which owed him an hundred pence: and he laid hands on him, and took him by the throat, saying, Pay me that thou owest.

And his fellow servant fell down at his feet, and besought him, saying, have patience with me, and I will pay thee all.

And he would not: but went and cast him into prison, till he should pay the debt.

So when his fellow servants saw what was done, they were very sorry, and came and told unto their lord all that was done.

Then his lord, after that he had called him, said unto him, O thou wicked servant, I forgave thee all that debt, because thou desiredst me:

Shouldest not thou also have had compassion on thy fellow servant, even as I had pity on thee?

And his lord was wroth, and delivered him to the tormentors, till he should pay all that was due unto him.

So likewise, shall my heavenly Father do also unto you, if ye from your hearts forgive not everyone his brother their trespasses.

The wicked servant in the parable, although begging forgiveness from God, does not apply his faith and is ultimately not saved. He considered his debt and the master’s forgiveness to be trivial.

How many times must one forgive his brother according to Jesus?

What did Jesus expect people to do after witnessing his miracles?

Mercy and forgiveness seem to be lessons that we find difficult to learn. Who is honestly able to say that he/she is likely to be able to forgive someone twice, let alone seventy times seven? Even when faced with the task of forgiving people close to us, we seem to have an innate tendency to mistrust and question motives, rather than first look for the good that can be found in everyone. The message Jesus is giving us is very fair – we cannot expect to be forgiven by God if we cannot forgive the people around us.

People are different because God created them to be different. When we come across argumentative and hostile people, people who are cold and indifferent, or those who are demanding, we may start loving them instead of dreading them, if we could only find the goodness in such difficult people.

Words and Works of Jesus represents a humble effort of Aloysius Aseervatham in presenting the life and teachings of Jesus Christ to the people of today’s world. The writing style of the book is stimulating to people who already vaguely know about Jesus—what he did while on earth—in a way that can be better understood and remembered.

Reading this book can be an eye-opener for those who crave to learn about the great teachings of Jesus. To this end, the parables of Jesus and all magnificent miracles he performed are highlighted, and a running commentary is added where required, with the view to make things clear on what Jesus was trying to convey.

Aloysius J. Aseervatham, a Mathematics graduate and a FCMA, CPA (a qualified accountant) has been a teacher and lecturer for most part of his working life in seven countries with a six-year service as management Accountant at the Head Office of a State-run Bus company – The United Bus Company, in Lusaka, Zambia in the late 70’s and early 80’s.

Al has inherited his father’s faith and authorship ability. He has published several books in the field of accounting for use by the Technical and Further Education Colleges in Australia during his working life and in retirement writes a wide range of self-help books in the areas of mathematics, languages, religion, astrology and Sri Lankan cuisine.

After 42 years of marital bliss, his wife Jasmine was called to rest 13 years ago. She left him with three beautiful boys who are all busy professionals but somehow find the time to be around him and shower him with love and support.