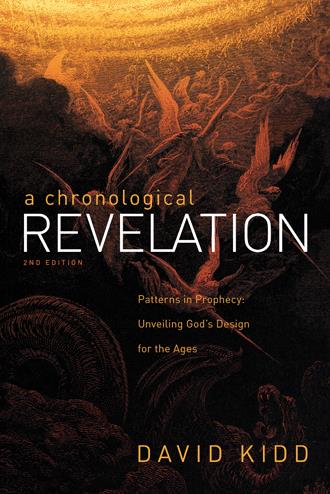 Introduction
From the time of Jesus’ first advent, his followers have sought to understand God’s plan for eliminating evil and transitioning them into a perfect relationship with him. Just before his crucifixion, Jesus’ disciples asked him about this transition, which Scripture calls “the time of the end.” Jesus’ response was documented in the Gospels, most prominently in Matthew 24 and 25, but also in Mark 13 and Luke 21. It is interesting to note that John did not address this topic in his gospel account, but later received revelation concerning this time from Jesus. We know this as the book of Revelation.

In the Gospels, the descriptions of the time of the end are relatively short, concise, and straightforward. Revelation is another matter. For centuries scholars, theologians, and the common man have attempted to unravel its mysteries and what has long been accepted to be its symbolic language of seals, beasts, trumpets, witnesses, bowls, and war. According to most accepted interpretations, the events are prophesied in telescoping or recurrent expression. The seven seals, seven trumpets, and seven bowls are alternate descriptions of the same events to one degree or another.

The other book of the Bible that contains the most extensive prophecies concerning the time of the end is Daniel. It, too, features strange beasts, war, and end-times visions. Other not-yet-fulfilled end-times prophecies are found elsewhere in the Bible. Most notably (although not exclusively), they can be found in the writings of Isaiah, Jeremiah, Ezekiel, and Zechariah.

I originally intended this study to be an informal reading of the book of Revelation in an effort to gain some clarity about a book I had never understood. Early in the process I realized I needed to take notes in order to not get lost . . . again. But how does one take notes and organize them when one is unsure those notes are being placed in the right order? According to traditional interpretations of Revelation, the notes would be overlapping since the events sometimes appear redundant or outside a normal temporal framework.

Then I began to wonder if, rather than repeating the same events using different imagery, Revelation described these events in the actual order in which they occur. After all, Matthew 24 and 25 seem to describe events in the order in which they unfold, although without the detail and specificity of Revelation. I began by overlaying the events described in Matthew 24 onto Revelation and found that they lined up in perfect chronological order. I took this as confirmation to maintain this process and continued using Revelation as a template. I overlaid other prophecies onto the detailed descriptions in Revelation and found that they, too, were a perfect match.

My study took a very different direction. I was now constrained by what seemed to be one obvious fact: history is told in the sequence in which it unfolds. If prophecy is the pre-telling of history, would it not follow that it would also be told in the sequence in which it will occur? If so, the prophecies in Revelation do not re-tell the same events. They begin with the opening of the first seal in Revelation 5 and end in Revelation 21 with a new heaven and a new earth.

The result is A Chronological Revelation, an interpretation that maintains the original sequence of events as described in Revelation and allows other prophetic Scriptures to retain their original sequences as well. What emerges is a beautiful picture of God’s repeated calls to repentance prior to his ever-increasing judgment on mankind. I am convinced that God is patiently preparing a great harvest, allowing those who will turn to him to repent in order to spare them from his wrath before the end of the age.

The book of Revelation is not meant to frighten or confuse God’s faithful. Rather, it is intended as a warning and call to repentance. It is also intended as a comfort to those who seek to know where they are in the sequence of history. The events described in Revelation are guideposts to reassure those who cry out, “How much longer before you judge and avenge us?” Above all, Revelation establishes that a loving God is, indeed, in control.

My Approach
My training as an architect has taught me to solve problems in a methodical manner, taking into account both functional and aesthetic requirements in order to produce a unified structure. In architecture, the greater the number of parameters that must be considered (including climate, soil conditions, available building materials, building codes, and building type), the greater the challenge of assimilating them into a design that accomplishes the goal. Yet it can be done. I applied this same approach to the interpretation of Scripture. If the parameters of God’s design for the end of the age are scattered throughout Scripture yet authored by the same omniscient source, it should be possible to compile these texts into one document that reveals the complete design.

My approach is an honest attempt to let Scripture speak for itself by eliminating all other sources that might pollute its meaning. This approach, I believe, allows us to see what the text is really saying. In my studies, I found that when I could not reconcile a particular point it was generally because I had let the perceptions and interpretations of others creep into my understanding. When I yielded to the text and rejected preconceived or external notions of what the text should say, its meaning became clear. I view this as the Holy Spirit revealing truth.

This work is an attempt to assimilate all relevant biblical prophecy into one chronological framework. As I use these pages to walk through Revelation, I overlay prophecies from Matthew, Mark, and Luke, as well as from Daniel, Isaiah, Ezekiel, and other prophets, to show how they all work together to create a single, clear, and chronological picture of the time of the end.

The book of Revelation can present us with many questions: How will we know when the end is coming upon us? Is the United States mentioned in prophecy? What is the order of events that will unfold? Will Christians be on earth during the rise of the Antichrist? And what will happen if I’m alive during his reign? But if God wanted us to study the book of Revelation to find answers, why is it so hard to understand? Maybe it is easier than it first appears.

In A Chronological Revelation, you will begin a journey that takes you beyond a mere understanding of Revelation to encountering the very fabric with which God wove creation. In Revelation, all of the biblical prophecies, penned by numerous authors over hundreds of years, converge to reveal not only a clear picture of the end times, but the true author and his character. Through the beauty of this convergence, the author of the universe reveals his omnipotence, love, justice, and design for the ages.

A Chronological Revelation makes no assumptions. It simply allows biblical prophecy to reveal the final events of our time, including the true nature and role of the countries that exist at the return of Christ. If you are counted among those privileged to experience this incredible period of history, it won’t be easy. But in this study, you will see God’s plan in and through that time, empowering you to live for him no matter what challenges lie ahead.

David Kidd has spent a quarter of a century studying prophecy, with his prophetic understanding increasing in conjunction with his deepening theological perception of God’s plan. As an architect, David has a passion to discover and share God’s design for this creation from a designer’s perspective. A Chronological Revelation is David’s first book.