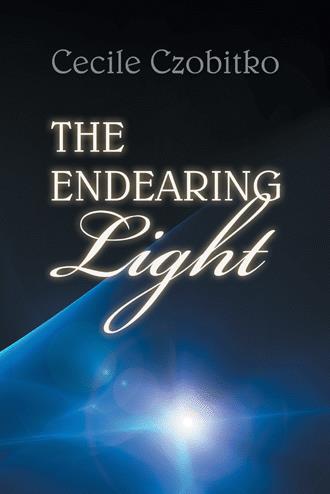 “Yes, that’s Richard’s ad. He’s looking for a nanny for his boys,” she replied.

She smiled and said, “Tell you what. I’ll call him myself. If the position is not ﬁlled, I’ll let you talk to him. Will that be all right with you?”

As she made the call, I thought, It’s so very odd to talk to a stranger and ask him if I could be a nanny to his kids. What do I say? “Take me; I can be your kids’ nanny? Trust me.”

I was deep in thought when the woman asked, “What’s your name? Richard wants to know.”

After I told her my name, she handed me the phone.

“Hello, Trudy. I’m Richard. Shelly is a good judge of character, and if she’s calling me for you, she must think you’re okay. The position is still open. I’ll interview you. When can you come to my place?” the man named Richard said.

“I could be there anytime you want. Just tell me where you live,” I answered.

“It’s not too hard to get here. Turn right as you leave the motel and right again at the four-way stop. Keep going for about twelve miles, and you’ll get to a gate. There’s a buzzer on the gate. Ring it and wait until Tex comes for you. He’ll let you in and lead you to the house.”

I repeated his directions, and when he said I had them right, I thanked him for giving me an interview. As I handed the phone back to Shelly, I suddenly realized that the little light had become a bit brighter. As I drove to this far-off place, I wondered just what I was getting into.

The woman at the motel knows Richard. After all, this seems like a nice community where people know one another. It will be okay, I convinced myself.

After a while I came to the gate Richard had described. It was a metal gate with metal broncos on each side of it. At the top of the gate was a design of an open-loop lasso with the end of the rope going down to form an L. I got out of the car, rang the buzzer, and waited.

It suddenly struck me as strange to be doing what I was doing.

Do I really want this? What in the world am I thinking? Why did I agree to come here? I thought.

As I waited, I looked around. There was an older-looking house a little way up the road, with beautiful big trees surrounding it. Across the road from the old house was a stand of large pine trees. In the distance there were rolling hills covered with evergreen trees. Just in front of me was a large ﬁeld; there must have been more than a hundred cows grazing on it. I wondered where the house and other buildings on this ranch were, and then I heard a vehicle coming toward me. As it stopped in front of me, I saw a cowboy get off his quad. He was a real cowboy with cowboy boots and cowboy hat; all that was missing was his horse. I felt like I had step into a western movie.

The man walked toward me and said he was Tex. He was an older-looking man; he reminded me of John Wayne. He came to the gate and said, “Hi, miss. You must be Trudy.” I nodded.

He gave me a big smile and pushed the gate open. “Go on in and wait till I close the gate, then you can follow me up to the house,” he instructed.

The driveway curved to the right, around the trees. As I rounded the curve, I saw a huge log house nestled in the pine trees. The path that led to the front door was hedged by beautiful dark red dahlias in full bloom. A short distant from the house there were buildings and corrals.

As I sat in my car, admiring my surroundings, I thought, This is a very big house. It must be for a big family. I wonder how many kids live here.

I got out of the car, walked to the door, and rapped the big brass door knocker.

I waited for a short time, then a tall, dark-haired, very handsome, well-built man answered the door. He had such deep-green eyes, I just could not stop staring at him. It wasn’t until the man cleared his throat that I noticed what I was doing.

“Trudy, I assume?” he asked. I suddenly felt very small. I tried to ﬁnd my voice, but those eyes of his were so beautiful, all I could do was stare. I ﬁnally looked away, and as my face turned beet red, I said, “Yes. I’m Trudy.”

When he smiled and I saw those dimples, I thought I was in love.

I was so embarrassed, I could not look at him. I stepped inside the house and found myself in a large foyer. The foyer had three arches. The archway to the left led to two sets of stairs—one set going up, and the other going down. The archway to the right led to the kitchen and a large dining room. The middle archway was closed off by French doors. I supposed the living room would be behind those doors.

Trudy Rendell is preparing to attend college when she receives devastating news. Her mother has terminal brain cancer. As her mother’s primary caregiver, Trudy is naturally overwhelmed. So when her mother’s former client offers to help, Trudy quickly accepts her offer. But there is only one problem: Mary is a believer and Trudy and her stepfather, John, are not.

After her mother passes away, Trudy finds herself immersed in darkness. Without faith in God, friends, ambition, or a purpose, Trudy struggles to endure every day. In the middle of her self-imposed depression, John tells her to leave the only home she has ever known. Without any idea of where she will go next, Trudy drives away. But something is summoning her—a strange sensation she has never felt before. As her journey leads her to the Hope Motel, Trudy soon realizes that her life will never be complete unless it is filled with love, forgiveness, grace, and the faith that God will always be by her side.

The Endearing Light is a story of redemption as a young woman learns to trust her heart and follow a path out of the darkness and into the light of unconditional love.

Cecile Czobitko worked in the banking industry for twenty-five years. Now retired, she works as a casual library clerk. Cecile and her husband reside in Jasper, Alberta and enjoy spending time with their adult children and grandchildren. The Endearing Light is her second book.