The Abduction of a Mind 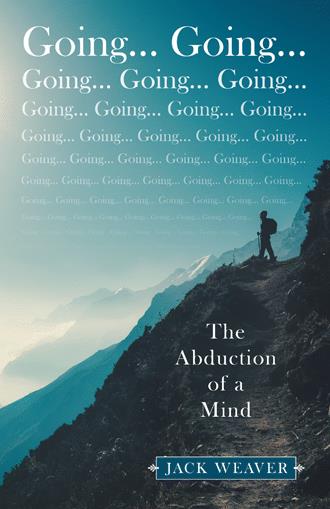 This is an excerpt from the chapter, “Friends”:

I was beside myself and she was beside herself—neither of us understood the other, and I’m not talking about the typical family/marriage counseling scenario where someone is feeling misunderstood. Every event of each day (though similar if not exactly the same as the prior day) was new; being met with suspicion if not hostility—and was handled as a problem that had to be argued about, discussed, managed, dealt with, investigated, solved, or resolved.

Her answer for why we were having a difficult time with communication was that there was something wrong with me. She would cradle my face in her hands; look deeply and compassionately into my eyes, and say: “I’m really worried about you… you need to see the doctor, you’re just not yourself.” She had forgotten that she had Alzheimer’s.

If the reality of a situation conflicted with the viewpoint from her world, she would demand to know: “What did I do that was so wrong? Tell me, so I can fix it.” But of course, there was no explaining that she had done nothing wrong—she would forget the beginning of even the simplest sentence by the time I got to the end of the sentence. I avoided confusion by limiting how much I said—she would observe my relative silence and say, “So you are not going to talk to me today? Do you hate me so much that you won’t even talk to me?” She concluded, “You don’t love me; you don’t even like me… what did I do that was so bad?”

In the evenings, she would get into another of her spiraling discussions about something inconsequential and usually cry herself to sleep; she would not allow me to comfort her. She slept on the extreme edge of her side of the bed with her back towards me for months; she would go out to the living room to sleep on the couch at times, and several times I found her sleeping on the floor of our bedroom with the dogs—she wouldn’t allow me to place covers on her as she lay on the cold floor during the night; she would wrap up in the dog blanket or a nearby throw rug. She walled me off and shut me out of her life as much as was possible while she dreamed and talked constantly of having her own place to live. I was scared to death that she would get stuck in that frame of thought and live out her days with whatever memory she had, thinking that I did not love her. She decided she needed another friend.

She had developed a friendship with the clerk at the local Walgreens; she would see her five days a week and that was very helpful, but it was not a fix. She really needed another friend alright, but it needed to be a friend in the house; someone present more frequently, not just her new friend at the corner drug store. That seemed impossible to me; I was near the end of my endurance after a year and a half, and I’m sure Janey was also.

I was reading Victor Buksbazen’s commentary on Isaiah late one night, and came across his comment on verses 13 and 14 of chapter 38:

“In striking metaphors Hezekiah expresses the torment of his soul, his hopes and frustrations and ends with the pathetic cry: O Lord, I am hard pressed, come to my rescue! The Hebrew words of this cry convey the anguish of a man who is sorely harassed by his enemies or by his creditors, and looks for a friend to bail him out.”

That line in the passage sank into my chest and Dr. Buksbazen’s commentary gripped my heart. I instantly stopped reading and prayed: I told God I was hard pressed, that I didn’t know what to do, and I needed Him to bail me out; I (we) needed relief from the relentless, unsolvable, destructive communication problem Janey and I were experiencing.

He heard my cry for help and solved our dilemma—what occurred within the next twenty-four hours was miraculous; a total surprise!

It was sometime in the afternoon, when with great excitement and obvious joy in her voice and a full smile on her face, she came over to where I was sitting and told me, “I have a new friend.”

They got along famously. She told me they were soul mates; they discussed family, friends, child rearing, the deaths of ones close to them; they talked about everything. They never misunderstood one another; they were on the same wave length—though they would have vigorous discussion that would at times lead to an argument.

I never told her she was speaking to her reflection; I didn’t have to; she knew on some level that her friend was not real, as she would speak to her in a whisper most of the time. It did become more serious and more real to her over time and eventually, she was asking me to go to ACE Hardware™ to get the tools necessary to let her friend out so she could come into the room with her. She picked at the mirror anchors, and pulled and hit at the mirror until it broke, but her friendship continued in the large mirror on the dresser and in the adjoining bath room; in the mirror, over the sinks.

It has been nearly two years since God sent her a friend; she has totally forgotten about moving out, and we get along as well now, as we always have. I don’t take it personal when she ignores me to visit with her friend, I’m just thankful for the peace; I am thankful to God for his rescue of two people in anguish—He is the one true Friend that we needed. And I thank Him daily for the friend he so graciously provided my wife.

Going … Going … is a journal of a couple's fifteen-year journey along the trail of Alzheimer's. Every excursion into the unknown of this disease is unique, and author Jack Weaver shares an account that will be different from any other you will read. If you will allow Jack and Janey to become your guides, they will lead you through sunny valleys of hope, into swamps of despair, and up mountains of happiness; you will stop at vistas of grief and relief; and you will laugh and cry together.

Jack and Janey battle Alzheimer's disease—and faith bears their fears. Going … Going … is about her dementia, their hope, and how they cope. It's all here: their lives, their love, and their lies.

Jack Weaver is a retired chiropractor of forty-three years, the blessed husband of one, happy father of five, and proud grandpa of eight. He enjoys God’s creation, working with his hands, and a good laugh; he has pursued these pleasures in the form of hobbies that include photography, fly tying, woodworking, leather craft, and writing.