Grace on the Arrow 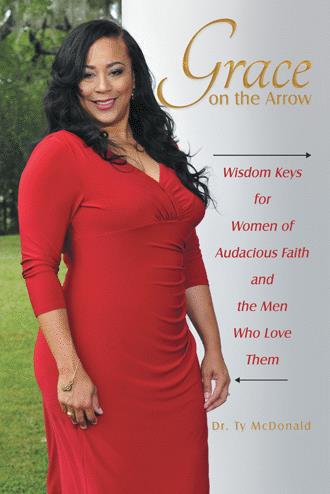 Then the sons of Israel again did evil in the sight of the LORD, after Ehud died. And the Lord sold them into the hand of Jabin king of Canaan, who reigned in Hazor; and the commander of His army was Sisera who lived in Harosheth-hagoyim. The sons of Israel cried to the LORD; for he had nine hundred iron chariots, and he oppressed the sons of Israel for severely for twenty years.” Judges4:1-3

In Grace on the Arrow, author Dr. Ty McDonald crafts an inspiring story full of insight and wisdom keys for those in Christian service. She blends her own extraordinary experiences as a woman called to full-time Christian ministry, a brain tumor survivor, elected official, and wife and mother with the story of the prophet Deborah and other notable women of the Bible.

She integrates scripture with her story, often addressing controversial issues within the Christian church in a non-confrontational and disarming manner that allows for contemplation. Through the transparent sharing of her struggles serving the church, McDonald offers Christians the weapons for spiritual warfare to help them overcome obstacles common to those in ministry, both male and female. It helps them find the boldness to pursue their own place in ministry and in the world.

Grace on the Arrow inspires seasoned and emerging female ministry leaders and men, as well as non-Christians, to pursue their individual call and motivate them to persevere through adversity to actualize the purpose of God in their life. It tells the story of the indomitable human spirit that overcomes against great odds.

Dr. Ty McDonald holds an earned master’s degree in Theological Studies and an earned PhD in Theology. A politician, she’s served as a high school teacher and a soft skills trainer. McDonald is the founder and senior pastor of Bold Church, Bastrop, Texas, which she pastors with her husband, Ronnie. They also own the Ruach Group Communications, an Austin, Texas based national consulting firm, offering leadership and soft sills training, training for aspiring political candidates and rural governmental officials, as well as rural community development strategies. Dr. McDonald resides in Bastrop, Texas with her husband and 3 children.