A Letter to My Sisters 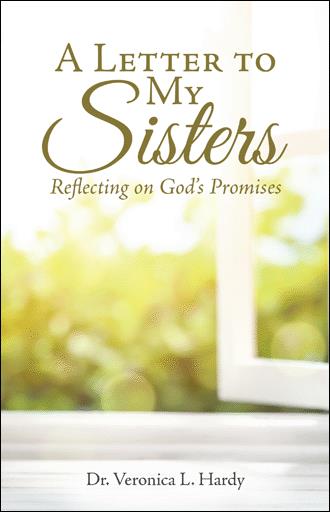 It’s not the right moment. It’s not the right time to be so nervous, Velaha thinks as she counts down the minutes before she is to step onstage. Why did I do this? Why did I choose this? She stands in a place of ambiguity, doubting her decision and overwhelming herself with questions. Velaha’s heart races. She feels like she is about to pass out but realizes it is all in her mind. She is about to enter a phase of her life that she fought against for so long—sharing her story.

A few weeks ago, Velaha found herself at an empowerment event for women who had gone through some type of intimate-partner violence. She sat in the background, listening intently as other women stood at a lectern in front with a microphone, airing their stories about how they made it through their situations yet were not fully healed. As Velaha sat and listened, tears welled in her eyes. However, she didn’t let the tears drop. She was too concerned the others in the room would realize she was crying for herself, that she was relating too closely to the speakers’ stories. To keep hiding her tears, she gently tapped the corners of her eyes to remove any evidence of her truth.

Velaha has wrestled with her past so much that she has kept herself in the background. She often questions who she could have been and what she could have accomplished if she had not defined herself by her past, by what others did to her. How did she end up in an abusive relationship? Why is it that all her relationships fail? Was there something from her childhood that made her this way? Is it her fault? Was it their fault? What is she supposed to do now? Finally, she decided that it was time to stop hiding, to stop cowering in the background and being bound to and regretful of the past.

From her years of clinical social work and as a woman, author Dr. Veronica L. Hardy has both observed and experienced hurt, manipulation, and overcoming. The power of overcoming lies in knowing God and being aware of your thoughts and how those thoughts translate into behaviors.

In A Letter to My Sisters, she has created a work designed to encourage others through story, spirituality, and reflection. It highlights the challenges experienced by women including intimate partner violence, sexual abuse, friendship conflicts, and self-image. Dr. Hardy uses the story of Tamar from the New King James Version of the Bible as the base. Tamar, the daughter of King David, experienced rape, which, in turn, impacted her identity. She carried the weight of this act on her shoulders but was able to confide in someone close to her.

Giving voice to the many experiences of women, A Letter to My Sisters offers a tool to show you how to recognize thought patterns, the effects of those patterns, and how to replace those patterns with spiritually nourishing ones. Nine scriptures and nine stories help meet you where you are in your identity, allowing you to find inspiration and power.

Veronica L. Hardy earned a PhD in counselor education and supervision and a master’s degree in social work. She is a licensed clinical social worker, university-level educator, public speaker, and writer. She believes in the power of story to reveal and confront challenges experienced by those across society. Visit Dr. Hardy online at www.drveronicahardy.com.