Thinking Through the Olivet Prophecy 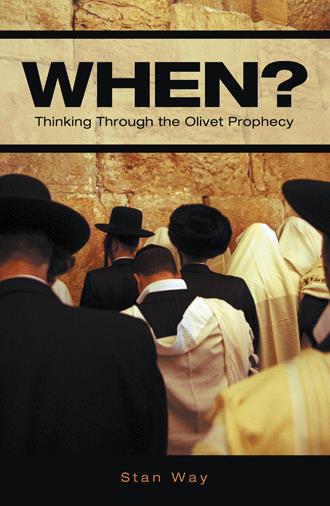 When you think of prophecy, what is the first thing that comes to your mind? Perhaps your initial response to this question is shaped by the prevailing understanding of prophecy which focuses on future-telling, with particular reference to 'end of the world' speculations and scenarios, which usually involve a much anticipated divine inbreaking that brings judgment on the wicked and deliverance to the righteous. This understanding is not unique to our generation; it is actually a 'pre-Christian' understanding that dominated and defined the expectations of many Jews at the time of Christ. You can hear this in the questions posed by Christ's disciples, "...what will be the sign of your coming and of the close of the age(Matt. 24:3)?"..."...Lord, will you at this time restore the kingdom to Israel (Acts 1:6)?" The disciples were curious about the end of the Age - were they at the close of one Epoch and the beginning of another? This became part of the Christian expectation early on, and rightly so, because Christ had promised to come again.

But there are always some who develop an unhealthy preoccupation with this aspect of Christian teaching. For example, in the 2nd century AD a charismatic figure by the name of Montanus became quite influential. He lived in Phrygia (Asia Minor) and claimed to be a prophet, and to have received new revelation. He said that Christ would return soon, and that the heavenly Jerusalem would descend on Phrygia. Christ would then rule the world from there for a thousand years. Individuals making claims of special revelation or special insight into biblical prophecy are part of the Christian landscape in every generation, even today. In a publication released in 1992 by the 'Mission for the Coming Days', located in San Jose, California, the prediction was made that the 'rapture' of the Church would take place on October 28, 1992. Harold Camping, founder of 'Family Radio' in the San Francisco Bay area, said that the second coming of Christ would occur in the fall of 1994. Grant Jeffrey, in his book, 'Armageddon: Appointment With Destiny', calculated that Christ would return in the year 2000. None of these predictions proved to be true.

These false predictions raise a fundamental question: does this preoccupation with 'end of the world speculations' represent a proper handling of biblical prophecy? Perhaps a good way to consider and answer this question is to look at the patterns and themes found in the Minor Prophets. Do these current 'end of the world' predictions conform to the function of prophecy as we find it in the Old Testament Prophets? If pressed, I would have to say "no". Does this, then, mean that the scripture is silent regarding the end-point of human history? No. Scripture speaks to this question, but it is a minor theme, not a major one. The end of human history, as we understand it, is typically addressed in the context of a larger discussion regarding resurrection and the full manifestation of God's redemptive work in the world. The focus of the Christian gospel is on the cross, salvation, the new life we have in Christ, and the bodily resurrection of believers at the end of the Age. Actually, when biblical prophecy is considered in its historical context, it is far more focused on the present than the future.

The Olivet prophecy focuses on one of the most important events of divine history, the destruction of Jerusalem and the Temple in AD 70. This was a judgment event that fulfilled Old Testament messianic prophecy, particularly prophecies found in Daniel, Zechariah, Joel, and Malachi. With the destruction of the Temple, the practice of the Old Testament sacrificial system was brought to an end, never to reestablish. As twenty-first century Christians we live with the expectation of Christ’s second coming, an event defined by resurrection and the end of history. This is the blessed hope and the final event of the present age.

Stan Way (B.S., Pastoral Theology, Bethany University) has been active in Christian ministry for fifty years and is currently serving as Pastor Emeritus of Cornerstone Christian Church in Medford, Oregon. He is also a member of the adjunct faculty of Pacific Bible College (Medford, Oregon).