The Testimony of Christ 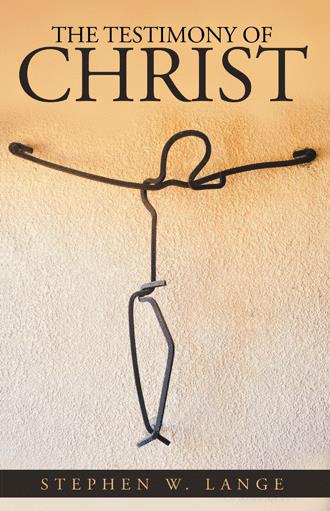 One day I was standing on the public sidewalk outside of a high school in Boca Raton, Florida with a group of Gideons, handing out New Testaments to the students as they left campus. A Jewish mother of one of the students came up to us incensed that we were offering New Testaments to the students. I talked with her for a few minutes, and as she was leaving, she told me that Christians were worshipping an idol. Ever since that conversation a few years ago, I've been thinking about what she said. Was she correct when she said that Jesus is an idol Christians worship? Many people around the world would agree with her. They say that Jesus is just a man, and it is wrong to worship him. I wanted to tell her how we could know who Jesus is.

The four Gospels record many things that Jesus said, including definitive statements that He made about himself. There are many people that deny the claims of Christ and say that the Christian church has made up many of the characteristics of Christ long after He lived on the earth. They claim that the four Gospels are an apocryphal account of His life, and they don't really tell the truth about Christ. This has led to different movements in liberal theology where people claim to be searching for the historical Jesus. They ignore the testimony of eyewitnesses to His life recorded in The Bible, and then search for the truth of Christ while denying The Bible.

Opponents of Christ and Christianity claim that the church made up the doctrine of the deity of Christ after His death. They claim that the Trinity of God was also made up after the fact. They claim that people edited the Gospels and Epistles of the New Testament written by the apostles and disciples long after their deaths and they are unreliable. Are the four Gospel accounts of Jesus Christ apocryphal or are they a truthful record of the person, life, and work of Christ? Are the images and ideas that we have of Christ and the doctrines that are at the foundation of the Christian church correct? Is there a way to corroborate the testimony of Christ as given in the four Gospels?

Why is it important to know the truth of these matters? The biblical account of Christ and Christianity directly contradicts the testimony of every other religion. They cannot all be true because they contradict each other. If one is true the others are false. How do we know which account of God is true?

In a world with so many voices telling us how to find God and how to know him, how can we know what is the truth? How can we separate what is true from what is false? Jesus said that we can know the truth and that the truth will make us free.

Author Stephen W. Lange writes an enlightening book showing how we can know the truth about God and Christ. Jesus Christ said there were four witnesses that corroborate his testimony—John the Baptist, the miracles Jesus performed, the witness of God the Father, and the prophecy about the Messiah from the Old Testament. Stephen highlights the testimony of Christ and examines the four witnesses that corroborate it. Stephen then explores the doctrines of Christ and what they mean for people today.

We can know the truth of God. We only have to examine the evidence.

Raised in the San Francisco Bay Area in the 1960's, Stephen W. Lange, son of a Stanford University professor, chose to race motorcycles after high school graduation instead of attend college. He enlisted in the U.S. Marine Corps in 1975 as a radio operator and was honorably discharged in 1979. After military service, he enrolled in University of Texas at Arlington, receiving a B.S.E.E. degree in 1987.

After working six years as an antenna engineer for a defense contractor, he became a software engineer working on telecommunications systems. For the last decade he’s been a member of the Gideons International, a non-profit Christian Buisnessmen's group that funds and distributes Bibles all over the world. He and his wife have five adult children, and the couple currently resides in Merida, Yucatan. The Testimony of Christ is his second book.