My tragic story of greed, family betrayal and the Hidden Crime in the Divorce Courts 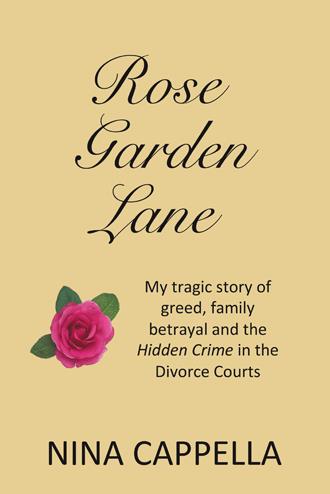 I now recall that during the 1986 trial – there were $60,000 in Government T. Notes as a marital asset in my name. Judge Godfrey in his Judgment 1986 stated that $10,000 of it was to go to my husband probably to pay for his legal fees. The judge knew I had outstanding legal fees, so he decided to give me $50,000 to pay my legal fees. Like I said, judges and lawyers are in each other’s pockets – helping each other to the client’s money.
So A. Godfrey said to G. Whittaker in open court, “You go with her to the Federal Reserve Bank in Boston and get them escrowed -- in your bank.” I was frantic – to think I had to sign them over to G. Whittaker, to put in his bank.
Well we met at the Federal Bank as ordered by the court. As we approached the window the bank teller said to me, “You don’t have to do this, they are in your name – you don’t have to sign them over to this lawyer. Are you sure you want to do this? Go over there and think about this and make sure you make the right decision, before you do this.” I knew she was trying to help me, but I also knew I had a court order to do this – by the old judge on my case at the time. I didn’t know what to do.
Then suddenly, and for no apparent reason, I remembered an incident that happened in court weeks before. I had no attorney that day. I was representing myself pro-se. G. Whittaker came over to me and said, “I know you’re a very religious woman. I read the New Testament, myself.” He looked right at me. I knew he was of the Jewish faith. I had the feeling that he was trying to imply that the New Testament was “all wrong” and so was I. I’m not sure why a scripture verse suddenly came into my mind. Now, here in the Federal Reserve Bank in Boston I said to him, “You know Mr. Whittaker – you once told me you read the New Testament”, and he looked at me and nodded in agreement, and I continued, “Did you read in Luke, chapter 11, verse 46 when Jesus said:
‘Woe unto you, ye lawyers! For you load men’s minds with burdens too heavy to bear. And ye yourselves don’t touch that burden with one of your fingers.’
Luke 11.46 (KJV)
I went on, “Did you read that Mr. Whittaker? Did you read that, tell me, did you read that?”
He looked at me in surprise to think I had it in my memory and could suddenly blurt it out. I was more surprised than he was. To think I had remembered it so well --- and to use it at just the right time. But it was Jesus that brought it to my mind.
George Whittaker looked at me angrily, then suddenly he turned and walked hurriedly out of the bank – and off he went. I was sure he felt convicted. Happily I walked out of the bank. So at least for the time being $60,000 in T. Notes did not get signed over to George Whittaker.
I thought to myself – the wonder of GOD! My, what God’s word can do. Thank you, JESUS.

This book reflects the following:

• Prior to WWII, we were privileged to witness the last days of the horse-drawn ice wagons, the ragman, and even the musical Umbrella Fix-It Man.
• All children in homes, churches, and schools were taught that their behavior was accountable to God, and it worked!
• Domestic violence and abuse of women were tolerated, and the woman was always to blame.
• Immigrants achieved progress and wealth by the sweat of their brow.
• Family destruction by means of divorce was acceptable, and still is, as long as lawyers and judges made money!

My prayer is that everyone who reads this book will realize the pain and suffering a corrupt legal system inflicts on families and that this book fall into the hands of a qualified person who can and will do something about it because divorces do not belong in the court system as a lawsuit.