The Bible Storybook for Adults (Volume I) 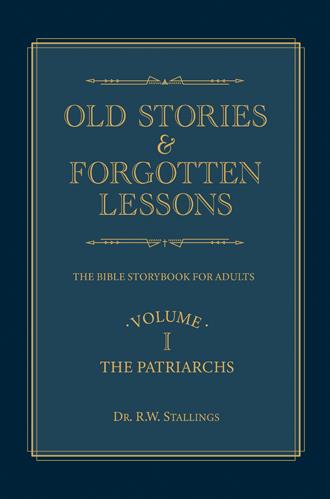 Joseph kept Simeon in prison for several months and Jacob had stubbornly refused to let Benjamin go to Egypt with his other sons until all the food was almost gone. Judah said he would take full responsibility for Benjamin, for if Jacob did not let Benjamin go they could not buy food; Simeon would be killed and the entire family would starve. Finally, a reluctant Jacob gave in and let the older sons take Benjamin and fatalistically said, "If I grieve, I grieve." When the brothers arrived in Egypt and Joseph saw Benjamin, he told his servant to prepare a great feast and to take his guest over to his own personal residence. After many nervous moments for the brothers in the 'lord' of the land's house, Joseph walked into the room. They all bowed their faces to the ground and Joseph must have remembered the dreams from his youth. When Joseph saw Benjamin he asked, "Is this your youngest brother?" And they said, "Yes, this is Benjamin." Joseph looked at Benjamin for what must have seemed like a long time, then said, "May God be gracious to you my son." Then Joseph rushed out of the room for he could not control his emotions any longer and found a place where he could be alone and wept. After he was able to calm himself, he washed his face and said to his servant, "Serve the meal." From the story-line there seemed to have been three tables; one for Joseph, one for the Egyptians and one for the 11 brothers. Joseph had them seated according to their ages from the oldest to the youngest. There was widespread belief that the rulers of Egypt were endowed supernaturally, so the brothers marveled that he knew their order of birth. The reason given in the text for the extra tables is that the Egyptians would not eat with the shepherds because keeping cattle and sheep was a loathsome and abominable job. They neither killed nor ate cattle for they considered cattle as sacred. During the meal Joseph paid special attention to Benjamin. Food was brought out and set before each man. But, when Benjamin was served, his serving was five times larger than his brothers. Joseph was just demonstrating the special love he had for Benjamin, and he was telling his half-brothers how he felt about them. I am convinced he is still dealing with a lot of hurt for being sold by the older brothers. The meal turned out better than the brothers could have dreamed. Benjamin was given special attention, Simeon was out of prison and as far as the eleven knew all was good again. But, Joseph was not finished tormenting them and they still did not know his identity. When the meal was finished he spoke to his servant and said, "Fill the men's sacks with as much food as they can carry and then put each man's silver in the mouth of his sack. Then put my cup, the silver one, in the mouth of the youngest man's sack along with the silver for the grain." (Genesis 44:1-2) The brothers must have slept much better that night for at dawn the next morning they started home. But, their euphoria would not last very long. They had hardly gotten out of the city when Joseph had his steward pursue to catch up with them to accuse them of repaying evil for kindness. So, the steward hurried and caught up with the eleven and accused them of stealing his master's cup. They could not believe their run of bad luck. The steward must have been in on Joseph's scheme for it appears the steward is enjoying this as much as Joseph. "'This is a special cup,' he said, 'this cup is used by my master for divination.'" Something like we would think of a cystal ball of a fortuneteller. "'This time,' he said, 'You've gone too far.'" Joseph must have designed this one last torment to take them as low as he must have felt when they sold him into slavery. They said, "'Why does my lord say such things? Far be it from your servants to do anything like that. We even brought back to you from the land of Canaan the silver we found in mouth of our sacks. So why would we steal silver or gold from your master's house? If any of your servants is found to have it, he will die and the rest of us will become my lord's slaves." 'Very well then' he said, 'let it be as you say. Whoever is found to have it will become my slave, the rest of you will be free from blame.'" (Genesis 44:7b-10) Quickly, every man, confident his sack did not contain the cup, lowered his sack to the ground. They began searching; Reuben went first and with great relief his sack did not contain the cup. Then Simeon, then Levi, Judah, Dan, Naphtali, and each time a bag was searched they all breathed a little easier. Finally there was only one sack to go, everyone so far is innocent, only Benjamin is left. But when they opened his sack there in the top of his sack was the cup. Their hearts sank. How can that be? They all cried out and tore their clothes in mourning. Each had to reload his donkey and they were all forced to return to the city to face the lord of the land.

The message the world hears from the church in America is confusing. Many of us have drifted so far from biblical teaching that those seeking our help cannot find it in the church. The picture of God we present is so removed from biblical truth that even our own children are without foundation and are leaving in great numbers. I do not believe the non–churched world has rejected biblical truth, but rather have never heard the compelling, unfiltered gospel truth preached with love. When we discard the biblical text and do not teach it to our people we give away the power to truly help those needing the church. The church must make Her own peace with God before the world can hear the voice of God from the church.

Old Stories & Forgotten Lessons is a storybook written for adults from the book of Genesis, covering the first of the four historical divisions in the Old Testament. Each story is set in time and place and is complete in itself and each contains lessons for living as God’s people in a secular world.

For a quick review, look at the Content pages in the front of the book, each story is highlighted and lessons are given.

Dr. R.W. Stallings is a biblical historian and preacher with sixty years of teaching the stories of the Bible; his love for Bible stories began at an early age in vacation Bible school and became his lifelong study. He received his Master of Divinity (MDiv.) from the Hama School of Theology at Wittenberg University in 1978, and in 1982 he received his Doctor of Ministry (DMin.) from United Theological Seminary in Dayton, Ohio. During his ministry, the Reverend Dr. Stallings served as pastor, evangelist, college administrator, guest seminary lecturer, and church development facilitator, and he was the regular speaker on a daily broadcast on KPBC, Christian radio, Dallas, Texas.