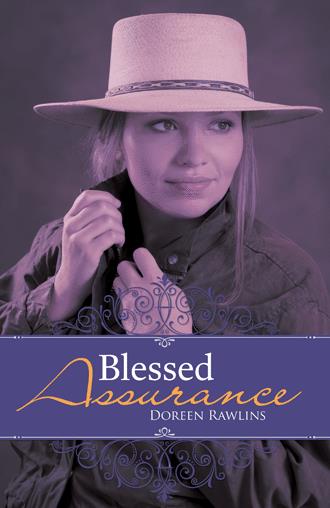 After long days of apprehension, the first wagons reached the banks of the Snake River. Once on the other side, they would at last be in Oregon. Their timing had been less than ideal as far as river conditions. The combination of heavy snow-melt and spring rains had created swollen, roiling waters just as their guides had feared. Word traveled from one wagon to the other that they would camp for the night, hopeful that conditions would improve by morning. The ferrymen tried to convey confidence, declaring the safety of their cables - even in strong currents.

The next morning, the river seemed a bit less threatening. Maybe it was wishful thinking, and the fact that food supplies were quickly diminishing. It was decided they would cross.

Unless a family had extra livestock, the ferry could take two wagons at a time. It was a long day with some close calls, but more than half the wagon train had crossed safely when the two wagons in front of Maudie Sullivan's were preparing to load the ferry. Bella had ridden Cloudy alongside the Brown's animals, helping to keep them calmly moving ahead. She watched until they were safely loaded, and the wagons tied down. She felt her heart flutter at the thought of being next. She patted Cloudburst. "Won't be long now boy. We'll be in Oregon before sundown." She tried to sound confident.

Bella trotted Cloudy up the slope from the river bank, to the grass where Maudie and the children waited in their wagon. "I'll see how our neighbors are doing", she called to Maudie. "Be right back." She continued to the next wagon, noticing a stranger sitting on his horse talking to one of the Miller boys. His wrists were crossed on the saddle horn as if he had nothing better to do. Even though the emigrants were covered with dust, the big man seemed extra grimy, his long shaggy hair sticking out from a sweat-stained hat. Bella felt a sudden fear. She didn't like the way he looked at her, nodding, a cigarette between his teeth, as if he knew her. When she considered his squinted eyes, seeking recognition, she sucked in a breath. One eye was brown, the other blue. A bounty hunter she surmised, remembering suddenly she was a wanted fugitive. Her heart raced with the need to escape. Her eyes followed to the man's holster and scabbard. He was fully armed; most likely planning to take her dead or alive. Suddenly, she caught something on the horse's shoulder and looked him over for the first time. It was the scar that caught her eye, a wound she herself had doctored. Whoever he was the menacing stranger was riding Guy James horse.

Bella turned Cloudy so fast he reared. "Yaw!" she shouted and took off full speed for the river. The ferry had just released it's moor, and was nearly four feet out, moving away from the bank. "Yaw!" she shouted once more in desperation. Cloudburst relentlessly soared across the span, above the churning waters and landed with all fours on the ferry. The commotion among the livestock, gave passengers a start, but it was what Bella needed to slip between the two wagons; out of sight of the big man on Guy's horse.

Though her heart was racing, she tried to convey a calmness to the others on the ferry. "Everything's alright", she said. "just giving the next party a little more space." It seemed logical, since the Miller's pulled a smaller wagon behind their covered one.

Bella kept her eyes forward, focused on the Oregon side. Once off the ferry she would slip away and travel on her own. Even though her saddle bags and meager supplies were loaded in the Sullivan wagon, she couldn't chance being apprehended by that grimy man, whoever he was. At least she had a good horse and saddle, the faded dress on her back and the greenbacks safely sewn into her bloomers. She leaned forward, stroking Cloudy's neck. "We'll make it boy, with God's help, we'll make it."

The ferry swayed and jerked. They were just beyond the halfway point; in the middle of churning waters. Suddenly there was a loud cracking sound, like a shot-gun blast. One of the cables had broken and sent the ferry sideways. The ferry men were shouting orders as passengers grew panicky. Bella prayed that Clouburst had it in him to swim if need be. Swimming was something she had never learned to do.

The logs that held the ferry together creaked and moaned until breaking apart. Men were yelling; women screaming; children crying in fear. Before Bella's eyes, families and livestock were pulled into the deep until all at once she was too. The current pulled her away from Cloudburst, pulled her down into deep green murky waters. She fought, thrashing relentlessly. In that deep darkness she lost sight of others as that devil river pulled her deeper and deeper. That was the last thing she remembered.

From the banks on both sides of the Snake River that day, travelers watched the tragedy unfold, helpless to do anything for those being swept away. Maudie Sullivan sobbed bitterly; her children crying too. 'So much loss Lord; so close and yet so far away.' She had not understood Bella's sudden race to the ferry, as if she were escaping something dreadful. 'May she rest in peace Lord.'

Riley Hatch had gone after her but was forced to halt when she had launched her horse onto the ferry. "Of all the luck " he muttered. He had been proud of his brilliant scheme; to haul her back to Cheyenne, collect the reward money and watch her hang for the murder of Guy James; the murder he himself had committed. It was a perfect plan and now she was gone; drowned before this own eyes.

When handsome cowboy Guy James arrived in Cheyenne, young Isabella Lucci was thunderstruck by his charming ways. What she thought was a dream come true—becoming his bride—turned out to be her worst nightmare.
Andre Montegue, a fur trapper from Thatcher Springs, had no idea that his good fortune of finding shelter on a stormy Oregon night would forever change his life. It was there that he would encounter a beautiful young woman, one he could care for deeply—only to discover that she was wanted for murder.
In the meantime, Alecia Lundgren had planned “New York’s party of the decade”—a long-awaited reception for her daughter and son-in-law, Britta and Joshua Reed. For country bumpkins, Josh and Joe and Betsy, too, had never felt more out of place than in New York City. Would Britta be sorry she had left a life of luxury to become a rancher’s wife?
From Thatcher Springs to Baker City and the Willamette Valley of Oregon, and as far away as New York, Blessed Assurance is a story of deep faith, of healing and hope, and of miracles in the lives of everyday folks.

Doreen Rawlins has lived life to the full. She has served decades in women’s ministry, as well as prison and sports ministries. Doreen retired from the business world to become full time caregiver, a journey that brought her to her love of writing. She has three grown sons, fourteen grandchildren and eight greats. A native Oregonian, she and her husband Jerry live in beautiful Bend, Oregon. This is her third book in the Thatcher Springs series. You can find Doreen at www.doreenrawlins.com