13 Principles for Better Dads, Better Kids and a Better World 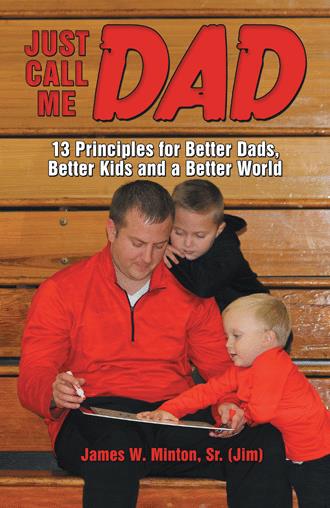 PRINCIPLE #11
Don’t lose Heaven when you are going through hell.

John 16:33 GNT: “I have told you this so that you will have peace by being united to me. The world will make you suffer. But be brave! I have defeated the world!”

“If I were God, I would do it differently.”

There is Heaven. There is hell. There is Earth with a little bit of both.

What does this make a place like our public schools, where they are demanding that God not be present?

Many people think Christianity is just about not sinning. You will occasionally hear people say that they are better than the Christians, because they sin less. As Christians, we should always be striving for Heaven. This means that we need to keep God present and sin absent, but on Earth, we are always going to struggle with our sinful nature. The thing that separates Christianity from other religions is that Christianity is more about what God has done for us, than about what we do for God. We will unwrap this later on in this principle.

Some would consider the first few minutes after the birth of their child to be Heaven. It is so amazing to think that two people can come together and create another human being. There is so much love in their hearts at that moment that it can be an instance where God is present and sin is absent. Still, it doesn’t take long before the baby is screaming for some service, and the parents start worrying about how they are going to pay for college.

Most of us have times when we question God. Many people don’t believe in God because they don’t like how He is handling things. Why do bad things happen to good people? Why do good things happen to bad people? On his show, Real Time with Bill Maher, the political comedian and atheist once said, “If we were a dog and God owned us, the cops would come and take us away.”

In the movie Bruce Almighty, there is a line where Bruce says, “God is a mean kid sitting on an anthill with a magnifying glass, and I’m the ant. He could fix my life in five minutes if He wanted to, but He’d rather burn off my feelers and watch me squirm.”

I can’t imagine the pain of having to bury one of your kids. In the chapter for Principle #7, “Don’t be a victim,” I told the story of Michael Collins, who was killed by a drunk driver. A few years ago, I had to comment on a friend’s Facebook page after her son was murdered. The message that popped into my head was, “There is Heaven. There is hell. There is Earth, with a little bit of both.”

If I had to summarize John 16:33, it would be, “Don’t lose Heaven when you are going through some hell.”

Matt Holliday was a big, tough-looking outfielder for the St. Louis Cardinals. On his arm, he has a tattoo of Job 38:4 ESV/NRS/RSV: “Where were you when I laid the foundation of the earth? Tell me, if you have understanding.” In an article for Beyond the Ultimate (BeyondTheUltimate.org), Holliday said, “I like the book of Job. Much of Job is about trials and struggles, but also [about] understanding that God is God and we are not. . . . We are not going to understand His ways sometimes, but we must remain faithful as Job. Job 36:26 [NIV] says, ‘How great is God--beyond our understanding!’”

At times, being a professional baseball player can be a very humbling experience. It is not uncommon to go twenty or thirty at bats without a hit. At other times, you are on top of the world. You can feel like a god when forty-five thousand people show up to watch you play, many of them with your name on the back of the jersey they are wearing. Later in the article, Holliday stated, “Players [like everyone else] often feel the need for approval from other people besides Jesus. For me [now], the most important--and only--thing that really matters is Jesus accepts me.”

In the Bible book of Habakkuk, the prophet has a conversation where he complains to God about how bad his country has become, saying, in effect, “How can you let people act this way? How can you allow for this corrupt leadership?” God replies that He is going to send the Babylonians to devour Israel, because of all the injustice and evil. Habakkuk responds that having Babylon rule would be even worse! (Have you ever been there, where the answer to your prayer seems to be worse than what you were praying for?)

The book of Habakkuk finishes by saying that in His time, God will defeat evil, bring justice and rescue the oppressed. The message of the book is that righteous people need to live by faith that God has a plan, and it is better than ours.

When we say that we would do things differently, we are saying that we don’t trust God and His plan. Instead of trying to tell God what He has gotten wrong in our eyes, maybe we should spend our time figuring out how we can get in line with His plan and purpose for our lives. Remember Psalm 46:10 NIV: “Be still, and know that I am God.”

There are lots of instances depicted in the Bible where God tested people. These were times when He asked people not to lose Heaven while they were going through hell.

Do kids come with an owner’s manual? This book is about Jim Minton’s journey of figuring out how to raise his kids and learning a lot about himself in the process.

When Jim’s children were born, he focused on raising Division I athletes who would make him look good. He started off as that obnoxious dad we have all witnessed at sporting events. He ended up with thirteen principles for improving himself, plus three amazing kids who bring him great joy as they walk in the truth.

Jim loves good quotes. He kept a list on the refrigerator as his kids grew up, many of them coming from legendary basketball coach John Wooden. Jim knew his kids were going to find the bad stuff on their phones and in the culture; it was up to him to get the good stuff in front of them. Along the way, Jim discovered that the Bible is the owner’s manual he was looking for.

Jim was an award-winning high school and college athlete, inducted into the Decatur Illinois Public Schools Athletic Hall of Fame in 2018. He was also part of the Decatur Pride fastpitch softball team that won two National Championships. Now what is most important to him is Just Call Me Dad.

Jim is thankful he took advantage of the teachable moments in his children’s lives and often learned lessons from his kids at the same time. He is blessed to have his wife, Suzanne, an incredible mom to partner with, and his father, Ken, a great role model of unconditional love. It was a God-thing when a buddy asked him to play a one-day, 100-hole Golf Marathon for the Fellowship of Christian Athletes. He is blessed that his church lives out its slogan: “Build the home! Change the world!”