Featuring 7 ABCs of Wisdom from Proverbs 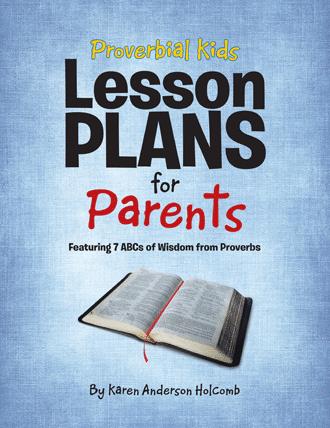 Americans have long been enamored with fictional superhero characters who battle to defend the earth against evil threats. From the first Superman movie in 1938 to today’s marvels and avengers, we have seen more than 80 years of ever-increasing power and intelligence played out on the big screen, all for our protection. Yet within those same decades, American family life has imploded. Home is no longer a safe base. Debt, divorce, discord, chaotic scheduling, addiction—all point to the need for protective moral and spiritual principles which carry us from childhood into adulthood, boundaries which protect our children and infuse peace into our homes. I believe the supernatural God of our nonfictional universe has some 3,000-year-old principles to combat today’s “new normal” problems!

The book of Proverbs is a 31-chapter collection of wise sayings, practical advice for skillful & godly living, written almost entirely by King Solomon. So broad is the scope of content in Proverbs, one would be hard-pressed to surface a basic life issue which this book does not address. No matter the topic, there is “an app for that.” While the verses in Chapters 1-9 and 31 are organized into topics, most of the remaining chapters contain wide assortments of proverbs—prompting the reader to search for the nugget of the day.

This Proverbial Kids lesson-plan book is a tool for discovering and applying God’s wisdom in Proverbs to your family life. As a parent, curriculum writer, and former children’s minister, I’ve identified seven ABCs of wisdom in Proverbs, recurring themes which speak God’s wisdom into the conflicts we face early on in parenting. On the following pages, you will find a synopsis of the seven themes and a simple two-page lesson plan for each ABC. A handful of Proverbs verses are listed for your study, along with parallel principles from the 10 Commandments and verses from the book of James.

You decide how you will use this resource—family devotions, small groups, homeschooling, children’s church or camp! Pick and choose from four opening activities, four different Bible stories, for as many as 28 one-hour sessions and hundreds of teaching moments. Object lessons and discussion questions are included. For each theme, I have written and illustrated a colorful “character” book for parents to read with their children, also available through Westbow Press. All Proverbial Kids materials are available digitally, making it easy to follow God’s directive in Deuteronomy 6:7 for “on the road” parenting! I hope they are helpful to you!

7 ABCs of Wisdom from Proverbs

C—Control Your Curiosity & Your Tongue …

D—Don’t Be Lazy or Rude 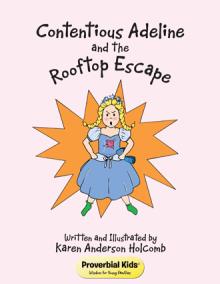 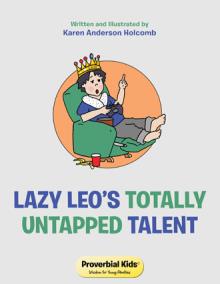 A tool for discovering and applying God’s wisdom in Proverbs to your family life, Proverbial Kids® Lesson Plans for Parents identifies seven ABC principles for parenting straight from the Bible book of Proverbs and offers a simple two-page teaching guide for each concept. You decide how you will use this resource—family devotions, small groups, homeschooling, children’s church or camp! Pick and choose from four opening activities and four Bible stories for as many as 28 one-hour sessions and hundreds of teaching moments. Object lessons and discussion questions are included. Karen has written and illustrated a Proverbial Kids® character/story book for each theme, also available from Westbow Press. All Proverbial Kids® materials are available digitally, making it easy to follow God’s directive in Deuteronomy 6:7 for “on the road” parenting!

“At last, a book that practically helps parents disciple their children. My friend Karen Holcomb has written a book series that will transform your family. Proverbial Kids Lesson Plans for Parents and the Proverbial Kids character books are practical, easy to use tools. If you seek to be an intentional disciple-making parent, you need this resource.”
- Mark Smith, D.Min
Senior Consultant, Family Evangelism and Discipleship
Baptist State Convention of North Carolina

“The Proverbial Kids series by Karen Holcomb is precisely the kind of creative curriculum parents need for family discipleship. I have found the materials biblically sound, creative, and usable by families with a broad range of ages at home. I strongly endorse the series.”
-Richard Ross, Ph.D.,
Professor of Student Ministry, Southwestern Baptist Theological Seminary
Co-Founder, True Love Waits

Karen has a Master of Arts in Communication from Southwestern Seminary (Ft. Worth, TX), with undergraduate degrees in Theatre and Journalism. An experienced curriculum, Bible study, and script writer and former children’s minister, Karen has authored eight books and is delighted to offer this latest Proverbial Kids resource to parents. She and her husband Bron have two teenaged sons and live in Western North Carolina.