The Heart of a Marine

Building a Legacy after the Explosions Have Stopped 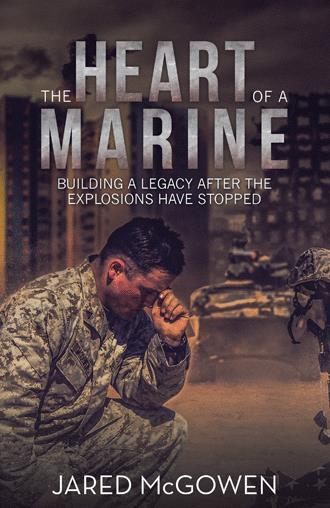 As a US Marine, I was part of the most feared fighting force in the world. If I wasn’t at war, I was training for war. I could shoot a round through a flea at three hundred yards, my briefcase was a ruck pack, my rifle was my girlfriend, and my meals were packaged to last twenty-five years. I was trained to kill on more weapons systems than most people know exist. I had a vocabulary that would make a sailor blush and self-confidence that made people stare. Every day I’d wake up and breathe excellence while staring death in the face. I ran toward the sound of chaos; actually, I prayed for the sound of chaos. I had a saying. “Blood makes the grass grow; marines make the blood flow. Ready to fight, ready to kill, ready to die but never will.”

My time as a US Marine consisted of some of the most tedious, miserable, exciting, and terrifying days of my life. However, the days of getting shot at were bound to come to an end eventually, so I hung up my boots and traded in my rifle for a laptop. I had a lot of questions.

Maybe I should reenlist!

The marine I just described was me when I left the US Marine Corps in 2007, but it’s the life of thousands of other service members who return home and have no guidance or sense of direction when entering the civilian workforce. It’s almost like we have been on another planet for years and speak another language. In the Marine Corps—specifically infantry—we are trained to accomplish one mission: locate, close with, and destroy the enemy. When my service ended, I was sent home with a certificate and a pat on the back. I was lost. I thought, What do I want to do for a living? How do I translate my infantry skills to talents that will appeal to an employer? These questions were heavy on my mind. I fought constant confusion and depression and covered it all up with long nights of drinking.

It’s not only veterans who struggle to find their purpose; hundreds of thousands of other people also struggle to get ahead. Often, these people, such as me, were dealt a lousy hand in life. I was almost twenty-five when I finally figured out that it’s not your fault if you’re born into poverty; it is, however, your fault if you die in poverty.

Jared McGowen’s time as a U.S. Marine consisted of some of the most tedious, miserable, exciting, and terrifying days of his life.

When his days of getting shot at ended, he hung up his boots and traded a rifle for a laptop. He had a lot of questions:

• Now what am I supposed to do?

• Can I put my hands in my pockets?

With a pat on the back and a certificate in hand, he was lost and wondering how he could translate his infantry skills to talents that would appeal to employers.

With these questions heavy on his mind, he fought constant confusion and depression and covered it all up with long nights of drinking. But a chance meeting with a special woman at the gym combined with a lot of hard work changed the trajectory of his life.

McGowen shares journal entries, letters to family members, interviews with fellow Marines, and recalls fighting in some of the most violent battles during the Iraq War. In doing so, he provides a framework for anyone facing difficult circumstances to achieve victory with The Heart of a Marine.

Jared McGowen is a former U.S. Marine who is passionate about helping others succeed in life. In September 2004, he deployed to Fallujah, Iraq, and served as the driver for the company ambulance light armored vehicle. In September 2006, he deployed to Iraq as a vehicle commander on a light armored vehicle that functioned as the lead vehicle for the company and battalion. He now has a successful career with a Fortune 25 company and has earned three college degrees: a bachelor’s of marketing, master’s of business administration, and a master’s of communication.