Justine and the Ugly Truth 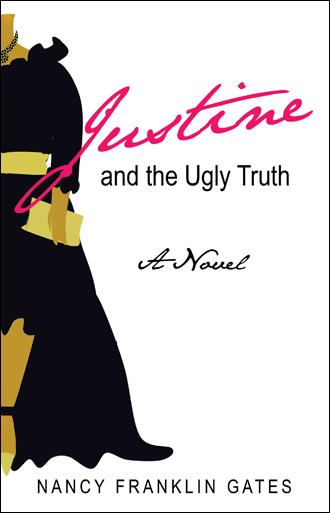 It wasn’t until I came to terms with my dark reality, and learned the cleansing language of pure, detailed, unfiltered confession, that I was truly set free. Surrendering to Christ had removed a good deal of pain from my life and I was lifted, because I chose to be lifted. I wasn’t problem-free, but I was free! I bawled like a big baby the first time I stood in front of a mirror and verbally confessed that I was a liar. Not a white liar, or a light gray liar, but a liar pure and simple. I was making strides. My progress was gradual and carefully modulated, but it was progress. As for my adulterous ways, I waited until I was really ready to allow myself to openly and fully admit to any of it. This one wasn’t as easy because I’d never crossed the line physically. But I'd crossed it many times in my heart. To me they weren’t the same, but to God they were, so I confessed it anyway. It wasn’t as wholehearted or full-throated as other admissions, but I opened up as much as I could, allowing God to move at His pleasure through my mind and my body, filling the empty spaces I’d tried to fill illegally.

JUSTINE AND THE UGLY TRUTH carries the reader through six months of the life of Antiguan-born, North Carolina journalist, Justine Ambrose. As she nears her fiftieth birthday, she realizes the need for greater spiritual growth and emotional stability.

Written in first person, using wit, intellect, and a sprinkle of patois, Justine shares the story of her struggle with the seven deadly sins; lust, pride and jealousy taking center stage. Single life, weight issues, fear, and low self-esteem all feed into her daily battle, as she also tries to make sense of racism, homosexuality, gender inequality, and other social concerns.

Justine stumbles her way toward personal maturity, rationalizing her weaknesses, and explaining away her faults with sugarcoated confession, finally coming to grips with the hard facts about her sins and her stubborn ways. Although painfully difficult, she reaches a place of full disclosure, understanding that in order to be hopeful about her future, she must be truthful about her past.

Justine and the Ugly Truth is Nancy’s first work of fiction. Her candid, humorous, and thought-provoking manner of storytelling captures the reader’s attention immediately, inviting them into the fictional surroundings of the novel. Her personal interests, which include interior design, parties, fashion, and travel, have been woven creatively into the narrative. She is a graduate of Indiana Wesleyan University, and CEO of Nancy Gates, Inc., the Christian resource company she founded in 2011. She resides with her family in Indianapolis, Indiana.