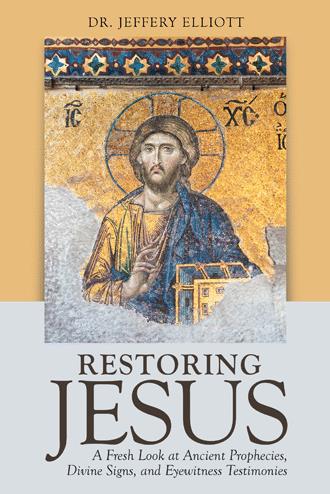 It was the busiest time of the year. Every street was at a standstill, packed with out-of-towners in for the holidays. Vendors lined up and down the road selling food, jewelry, clothing, and mementos. The gossip was thick about the most recent news. What could it mean?
In the middle of all this a group of early morning drunks had gathered in the middle of the crowd and were shouting. It seemed each one was yelling in a different language. Tourists in the crowd reacted when they heard their native tongue.
One man stood in front of the group and called out to calm the chaos. “We are not drunk,” Peter started out. He began to explain that what they were witnessing was a fulfillment of what the prophet Joel had foretold. With the excitement and energy of a child on Christmas, he told them about Jesus. “Save yourselves!” he concluded. On that day, three thousand were saved. And the membership of the Church of Jerusalem went from 120 to 3,120 in one day.
So, what happened at your church last Sunday? Don’t think it can happen today? Similar accounts have occurred during at least three periods in American history. The First Great Awakening, during the mid-eighteenth century, where tens of thousands of people gathered to hear George Whitefield preach about the “new birth” as he traveled up and down the New England states. The crowds were so large they stood in the streets and fields just to hear the gospel.
It happened again in the 1830s when God called Charles Finney to lead the Second Great Awakening. They would clear out a spot in the woods and build as many as eighteen pulpits for eighteen preachers to preach at once because the crowds were so large. The spiritual fervor was so great that people would fall down on their knees weeping over their sins and confessing the name of Christ.
Who can deny the impact of Billy Graham in our own time? He preached to crowds that filled football stadiums and thousands were saved. Has God changed? Have people changed? Aren’t we all just sinners? It can happen again. What do we need to do? Let’s find out.
When we read the book of Acts, we find people excited about Jesus. Jesus fever was sweeping the ancient world. After persecution broke out in Jerusalem, Christians left the city and scattered across the land. Everywhere they went they told others about Jesus. Not just preachers, everyday Christians like you.
Look at these verses that describe the early days of the church.
“Those who accepted his message were baptized, and about three thousand were added to their number that day.” Acts 2:41
“And the Lord added to their number daily those who were being saved.” Acts 2:47
“But many who heard the message believed; so the number of men who believed grew to about five thousand.” Acts 4:4
“These that have turned the world upside down are come hither also.” Acts 17:6 KJV
Jesus was like a rock star, an all-star athlete, a movie star. People couldn’t get enough of him. Notice that “God was adding to their number daily!” Daily! Not just Sundays. Not just in church services.
So, when was the last time you talked about Jesus the way you do about your favorite football team? Or singer, or actor? What has happened? What has changed between the days the church started and life in America today? Why aren’t we excited about Jesus today?
Jesus said, “and I, if I be lifted up from the earth, will draw all men unto me.” In this context, he was talking about his crucifixion and being lifted up on a cross. But the Greek word for lifted up can also be translated as exalted. So, the passage carries a dual meaning. If we exalt Jesus, he will draw people to himself. Why do we not see the masses being drawn to Jesus? Maybe it is because we no longer exalt him.
Think about how we treat Jesus today? His name is a cuss word. As a society, we consider it offensive in any other context. We question whether he even really existed. We strip him of his deity and deny him his miracles. That is hardly exalting him. No wonder people are repulsed by Jesus, we have made him out to be nothing. I am not just talking about how society treats him; I am talking about how the church treats Jesus.
A doctor that plays Christian music in his office shares how Christians encourage him to stop playing Christian music because it is offensive. Dr. David Jeremiah in his book Escape the Coming Night laments,
“The tragedy today is that not only atheists and agnostics deny the miracles of the Bible, but some so-called Christian preachers and teachers, liberal in their outlook and education, consider many biblical miracles to be allegories and reject the supernatural.”
What happened? Where is our excitement over Jesus? Why are people not coming to Christ in droves?
This question has bothered me for most of my life. I have looked for answers and asked questions of everyone. My pastors didn’t have the answer. The deacons didn’t know. My Sunday School teacher was stumped. So, I went to seminary, and I was shocked to learn that for most of Christian academia, everything about the Bible is wrong or made up. Miracles are not real. Prophecies were written after the fact and falsely claimed to be true. The Catholic Church lied about everything to control people. I found a thin veneer over a subject that had roots going back hundreds of years. I started digging. Where did it all come from?
What I found was that most preachers and scholars today simply parrot what has been taught over the last couple hundred years. They accept a modern scholarship that denies or downplays the supernatural. Today’s scholarship has slowly dethroned the King of kings in our collective minds.

In less than fifty years, a pagan world was turned upside down by Jesus fever. Everyone wanted to be like Jesus. His followers were called “little Christs,” or Christians. Converts were being added to the local church daily, and the message of the gospel was exciting. But today, Jesus has become a ridiculed figure in society and an embarrassment to Christians. What happened?

In Restoring Jesus, you will see the gospels in a fresh light that goes back to the first century to discover who Jesus really is. Author Dr. Jeffery Elliot invites you to think about why the apostles believed in Jesus so strongly that they were willing to die torturous deaths—what made them so confident in Jesus’ identity? But through their own eyewitness accounts, we can have our sight restored to the truth and believe in Jesus just as the apostles did.

Read ancient prophecies, revel in divine signs, explore eyewitness accounts, and comb through historical documents to find the hidden truth that is missing from the church today. Although many in the church today have had their eyes diverted from the truth of Jesus’s identity, you can look to the Word and once again see the powerful, life-transforming truth of Christ.

Dr. Jeffery Elliott was born and raised in Clarksville, Tennessee. At the tender age of seven, he was born again at Hilldale Baptist Church. For over half a century, Dr. Elliott has served in churches as a layman, a deacon, and a minister. He has been married to his college sweetheart for almost four decades. In all that they do, they have served the Lord together.
Dr. Elliott received his bachelor of science in electrical engineering from Tennessee Technological University and worked in the field of electrical engineering and computer science for almost twenty years. During that time, God called him into bi-vocational ministry and eventually into full-time ministry. In preparation for the ministry, he received a master’s of divinity degree from Golden Gate Baptist Theological Seminary and a doctorate of ministry degree from the Southern Baptist Theological Seminary.