This Life We Live 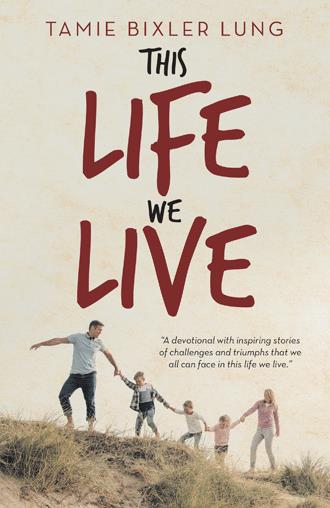 I think it’s interesting how we here so many stories about war heroes and local heroes who display courageous feats and are remembered in creative ways by their families and communities. They each have inspired us to move past our own selves and help someone else.

I love this story about Flora Dunn. She was a wife and mother living in the early 1900’s in the back hills of Arkansas. She and her husband; John, didn’t have a lot of money, but she did have her faith in God. She was 6 months pregnant with her 14th child. One day as many kids do when boredom sets in, two of her children; James and Hattie, decided to play a game that challenged each of them to see who could get the closest to the fire that was burning outside.

As Hattie stepped closer to the fire, she began to fan her dress which eventually caught on fire. Before she knew it, her entire body was being engulfed with flames as James was trying to help. Flora heard the screams and came running to her daughter’s rescue. She was working in the field and had to climb over 2 barbed wire fences. We all know how difficult that is moving slowly and trying to be careful not to get cut. Imagine being pregnant, scared, and racing over it to try and save your child. What fear had to be going through her mind as she was going to have to make some split-second decisions. She would have to tackle her child to snuff out the flames with her own body putting herself and unborn baby at risk or watch her five-year-old daughter be burned alive in front of her eyes. Like any courageous, and loving mother, she tackled Hattie and began vigorously smacking at her with her own body and clothing. Although she finally accomplished this courageous rescue, it was not without much pain. Flora severely burned her hands and upper arms while Hattie was left with 2/3 of the front of her body severely burned from the neck down.

Talk about courageous. As the story progresses, we see Flora recovering from badly burned hands while keeping up the daily tasks of motherhood and caring for her family. All this while watching her daughter try to recover from such severe burns. A local doctor came by giving very little hope that Hattie would live. He recommended applying cheese cloth and salve on to the burns as well as trying to keep her as comfortable as possible. As the weeks progressed, Hattie was moved near the front door. The weather was getting colder and the Dunn family had to get used to the chill inside as they had to prop the front door open because of the smell from the rotting flesh. This story begins to shift as now we see courage begin to be demonstrated by Hattie to live.

The doctors still gave little hope of her living and said if she did, she would never walk and would most likely die within a few years because her skin would not be able to stretch to accommodate growth. Months passed, and Hattie passed the time away by enjoying her paper dolls. This kept her busy as she had been told she could never walk. One day, she was left alone and became frustrated because she had dropped one of her paper dolls on the floor. Typically, one of her siblings would assist, but on this particular day, she mustered up the courage to defy the fearful and discouraging words spoken over her and she painfully got up out of the place she was playing and walked.

Through many prayers and much courage, Hattie reached seemingly unattainable goals and defied all negative prognosis’s spoken over her. Imagine what courage it took to grow up as a young lady being told, “You’re going to probably die before you get to enjoy all the dreams and goals you have.” The enemy was already planting thoughts. “You’re probably never going to get to have a boyfriend and your scars are so ugly that no boy would ever be interested in you.”

Isn’t that just like the enemy to keep throwing lies into our mind for us to feed into? This little girl had been hearing negative thoughts about her life for years. Defying these opinions and with much courage, she moved forward. Hattie somehow found courage to persevere and surpassed the doctor’s expectations. She grew into adulthood and eventually met a young man. They fell in love and her scars didn’t bother him. Once again, she found courage to allow herself to love and be loved by someone special. Hattie married Ray McCulloh. Doctors said she would never be able to have children because the scars and burns had damaged her too much. In July of 1938, she gave birth to a beautiful baby girl named Joan, and in September of 1942 she gave birth to my mother, Jolene. I love this story, not because it’s about my family, but because of the courage that was demonstrated, and a legacy left to aspire too in the face of life challenges.

This life we live presents challenges and changes every day. Some are subtle and rarely noticed, while others are observed and recognized for their purposeful existence. In This Life We Live, author Tamie Bixler Lung offers a devotional containing stories and biblical references meant to inspire you to appreciate life and all the changes it can bring.

A spirit-fueled, daily devotional offering Bible-based wisdom, Lung pulls stories of sorrow and joy, laughter and heartache, lessons and observations from her own life to provide daily doses of encouragement. Her experiences have allowed God to demonstrate his provisions, grace, and inspiration.

This Life We Live contains a host of stories, challenges, and victories to which many can relate. It encourages you to reflect how God can help you in various areas of your life.