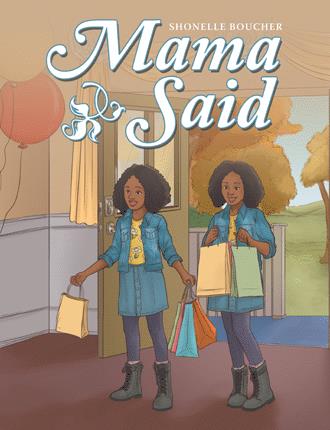 This appeased Jimmy for a short time, only because he had fun spending the time with his sister. However, he remained upset that his mother did not obey his original request to take him to the store to shop for items to make his project. Since he wanted to maintain his “A, B” average, Jimmy decided to work his hardest on the project. For a week, he diligently spent time each day perfecting his project. Every evening during dinner, Mrs. Spencer would ask Jimmy how his project was progressing and if he needed help. Each question was answered with a scowl and a “No”. Jimmy was still not convinced that he will get the best grade. Through his disappointment he saw his opportunity to teach his mother a lesson. The evening, before he was to turn in his project for the science fair, Jimmy was on his way to the bathroom, when he heard his mother’s voice. It was as if she was speaking to someone, but Jimmy knew his brother and sister were already in bed. After all, it was quite late, and he had slept a bit before awaking to go to the bathroom. As he moved closer to his mothers’ door, he found himself walking very slowly and quietly, as not to alert her of his presence. “Who could she possibly be talking to?” He silently thought to himself. With his ear pressed against the crack in the door, he listened to hear who was with his mom. Her words shocked him greatly and his heart burned with pain, as the tears ran from his eyes.

Spending time with grandparents is one of the most fun and memorable time in a child’s life. The stories in this book are based on lessons I learned during the years I spent with my great-grandmother.

As a result of spending most of her early childhood years with her great-grandmother, and learning many lessons that are now utilized in her adult life. She developed a desire to share her knowledge with other. Taking the unique “sayings” and turning them into relatable lessons. She has spent many years working with children and helping them to develop their personality as individuals while encouraging them to live moral and healthy Christian lives.