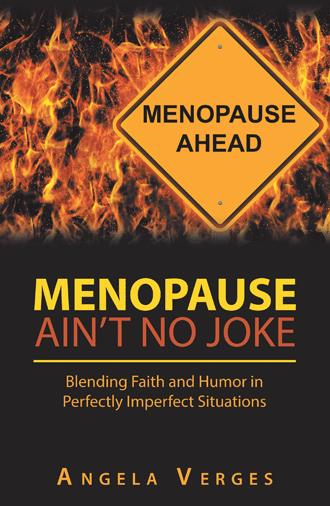 The Hokey Pokey
In the stillness of a dark room, while sleeping, menopause rears its ugly head. It materializes in the form of night sweats. As soon as you become comfortable, cozy and snuggled under fleece blankets, a warm sensation takes over your body. The games begin; it’s covers off, covers on, leg out, leg in. The Hokey Pokey, round one has begun.
The Hokey Pokey is a game of movement of body parts. In the midst of night sweats you are thrown into the game as an unwilling participant, flailing arms and legs in all directions. It’s a phase women go through. We can play along and accept the game or walk around with a pouty face and complain.
What will it be, left leg in, left leg out and you shake it all about? It’s okay to play the game until this phase of menopause subsides.
“When I was a child, I spake as a child, I understood as a child: But when I became a man, I put away childish things.” I Corinthians 13:11 KJV

Menopause and Puberty
Is it possible to go through menopause and puberty at the same time? I’m not sure whether my body is part of some type of genetic experiment gone wrong, but there are a lot of different things happening at the same time.
I thought I was about thirty-five years past the acne stage. Not according to menopause. As I tossed and turned through the night, sleep seemed to poke fun at me. Finally, after a bumpy slumber, I woke up with a pimple on my nose. Yes, I went to bed with night sweats, and the next morning I awoke with a pimple.
What’s worse, I learned that I was only in the pre-menopause stage. While I was in this state called pre-menopause, my teenage son was going through puberty. He was excited by this new stage in his life.
Riding in the car with my son when he was about 14 years old, he looked in the visor mirror, rubbed his chin and gazed at me. In his deep voice he said, “Ma, my mustache is growing.”
I glanced at him and said, “So is mine, son, so is mine.”
“For God is not the author of confusion, but of peace.” I Corinthians 14:33 KJV

Are you feeling hot one minute and cold the next but no fever? You may be going through a season of menopause. Are kids driving you crazy? You may be parenting while menopausal. Perhaps you feel the need for extra prayer. In this atypical devotional, you will find comfort in knowing you are not alone. These real-life stories will cause you to laugh out loud or snicker to yourself as you see them playing out in your mind.
This collection focuses on the uncomfortable physical realities of menopause symptoms including hot flashes, unusual hair growth, and mood swings. But understanding, acceptance, and appreciation of profound changes in life can be applied to any change in our physical, social, or emotional circumstances. Angela shares personal examples that reveal critical strategies for managing change: a sense of humor, reliance on scripture, and an unflinching faith.
“If you giggle, blush, weep, or reach for a fan, you may be experiencing menopausal symptoms or you may simply be enjoying her excellent writing” (Debbie Taylor, author, Sweet Music in Harlem).
“Menopause Ain't No Joke ain't no joke! LOL. I have read many devotionals and Christian books in my lifetime, but nothing compares to this lighthearted yet uplifting and humorous take on the insights and experiences of Christian writer Angela Verges. Sit down, relax, and expect to be enlightened, encouraged, and delightfully amused!” (Sheila Thomas, editor and publisher, Prayer and Praise Magazine).

Angela Verges is an award winning humorist (in training, waiting to be discovered). She has shared humor through blogging, women’s retreats and other Christian venues. Angela is a graduate of Michigan State University and mother of two. She encourages the use of humor for healing and believes you can relieve tension, one laugh at a time. Find out more at www.angelaverges.com.