The Applicability of Leadership Theory to Faith-based Leadership

by Dr. Craig A. Bell 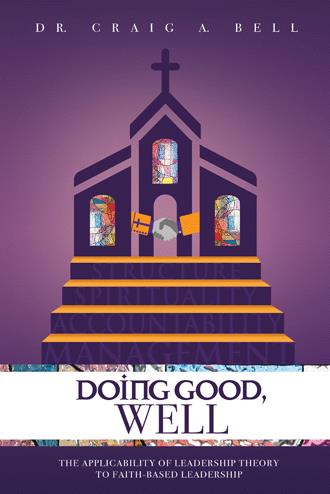 It appears that nothing is as simple as it was in the good ole’ days. According to Guy, the requirements for faith-based leadership following the crucifixion were simple. His definitive history includes the sentiment that the only prerequisite for church leadership was “giftedness” from God. Guy posits that the New Testament church was based on the desire of leaders by way of their connections to Christ to live out The Great Commission as provided in Matthew 5. Further, in organization and structure, the early church sought to emulate the structure outlined in the New Testament. This meant that leadership was Spirit-directed, and the organizational configuration was simple – “a small organization consisting of one executive and perhaps a few other individuals.” Congregations were small and highly localized. As a result, leadership responsibilities were confined to an individual group of believers.
While these are the conditions that surrounded the beginning of the church, this austere (though effective) paradigm is no longer enough to render leadership effective in the contemporary church. As a church leader, you may be saying at this point, “Tell me something I don't already know. I know that nothing about church administration is simple anymore.” Help, however, is not only on the way; it is already here – and has been for quite some time. The impetus of this book and thus, the solution that you are looking for, is the application of leadership theory to church administration. While both theological insight and leadership theory have progressed significantly since the advent of the New Testament Church, the linkage of the two has not.
Therefore, utilizing a white paper format, this book is an honest attempt to highlight the benefits that faith-based leaders can glean from the advances in leadership theory. To accomplish this, the first section of this book seeks to do five things: (a) establish the importance of the linkage, (b) prove that the linkage does exist, (c) offer a reason that the affiliation had not been made previously, (d) provide support that change is acceptable within faith-based organizations, and (e) present foundational concepts that will be referenced in the other sections of the book. The last component is required because the disassociation mentioned above is a pervasive issue which this book hopes to address. It has resulted in practicing faith-based leaders who are steeped in the theology of ministry to the exclusion of the business of ministry.
Consequently, an entire chapter is dedicated to culture-related concepts. These are necessary in order to think outside the theological box which, to date, has constrained many leaders. Whether church leaders realize it or not, the confines of the aforementioned theological box have resulted in what many of them have cautioned their parishioners against; that is, being so heavenly-minded that you are of no earthly good. This goal of this book is to assist church leaders in fulfilling the earthly component of their heavenly mandate.

This book is an attempt to synthesize the logic of mathematics, organizational behavioral/ management policy of an MBA and ecclesial scholarship of a Doctorate of Strategic Leadership into the pages of one book. This book begins with the premise that, similar to corporate leaders, faith-based leaders are also capable of implementing these skills and resources to maximize the efficiency of church organizations. It is critical that they have a full toolkit of resources to leverage when administering their organizations. It also acknowledges and recognizes that a life fully engaged in active ministry doesn’t necessarily allow time to pursue degrees in each of the aforementioned subjects. As a result, Dr. Bell has attempted to create a medium through which ecclesial practitioners and scholars may review these various topics to obtain insight. Similar to survey courses in college, readers should see it as a beginning point for further exploration. Take from it what you will and apply it to your God-given vision. Use it as a springboard to the progressively revealed Will of God for the effective administration of your call.

Dr. Bell is a Managing Partner of Bell, Griffin & Associates. He is highly sought after thought leader, strategist, change agent and motivational speaker. He has over 30 years of corporate project and logistics management experience and over 25 years of executive ecclesial leadership experience. He holds a Doctor of Strategic Leadership degree in Ecclesial Leadership from Regent University.

The Author May Be Reached At: Craig.bell@BellGriffin.com