The Separation Anxiety We Experience and Unified Peace We Can Achieve 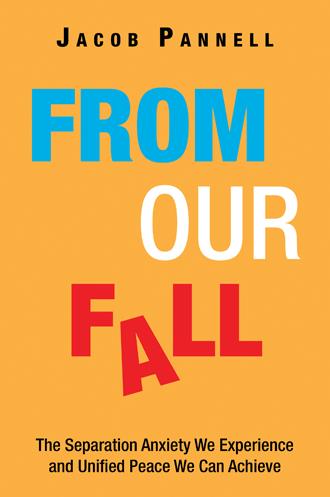 One of the most pertinent questions facing us today is, “why are we lonely?” We live in a more connected world than ever before. Social media allows me, an American, to connect with Malaysians, Arabs, and Germans whom I will likely never meet. Our interactions are scaled to new heights. We interact with not a few people but a few hundred or thousand every day, maybe even every hour. With all that interaction, we are still lonely. It is because all that interaction actually raises our awareness of how separated and therefore how lonely we truly are.

Our brains, whether we realize it or not, are aware of this separation and loneliness generated from the façade of the internet. Our increased loneliness develops an increased anxiety. The average person under 35 has the same anxiety level as a person hospitalized for anxiety in the 1950s. Let that sink in. By the standards set in the 1950s, about 25% of the total U.S. population would be considered mental health patients. Anxiety due to our separation is our reality now more than ever.

Take a moment and examine the difficult times of your life. I imagine that, almost always, those trials root in a misunderstanding or lack of connection and community. Much of the human experience can be summed up in attempts to generate genuine connections with others, so we belong. We desire to be a part of something, but we often fail. Our failure to connect creates anxiety. The failure to connect creates anxieties that drive our daily actions and the long arc of our lives. The world is a result of anxiety created by separation. We need to understand how separation anxiety occurs and the extent of its impact to understand why we are where we are today. Once we understand our separation anxiety, we can ask and answer, “What can we do about it?”

To begin, we need to define separation:

The action or state of moving or being moved apart.

This definition implies we were once together. To be moved apart, we had to be together at one point. It will be helpful to ask a few questions. When was that time of togetherness? What exactly occurred to cause the separation? From what are we even separated?

“Adam and his wife were both naked, and they felt no shame.”

I believe this is the moment of true togetherness. We felt no shame toward anything. We were naked before one another, nature, and God. “Shame” and “naked” are two key words in this verse. “Shame” denotes impending separation. The word “naked” describes the completeness or fullness of exposure and a union reaches beyond what is being worn. “Naked” relates to a peace achieved due to complete exposure, a shalom which we will talk about more later. Dietrich Bonhoeffer, in his work Ethics, defines “shame” as disunion. Disunion is created by the realization of a lack of something. Adam and Eve had no disunity at this point because there was no shame. They lacked nothing from each other or for each other. They lacked nothing from nature or from God. They were their truest and most open selves, naked before all the world had to offer.

Can you imagine a point in your life when you felt no shame? This would mean you felt no inferiority or superiority in anything. You were naked, perhaps, before a lover, and you enjoyed that person as much as he or she enjoyed you. Usually, however, at least one person feels inferior, feels shame, cockiness and/or superiority. Thus, nakedness is a difficult position to find. We can find it, but the search is not without effort. In the case of the lover, men may lead women in the path, but the woman must decide to follow. It is a delicate dance, where the initial burden of responsibility lies with men and ends with women. A dance requires two, so they must keep the beat together, or intimacy cannot be achieved.

Initially, Adam and Eve lived a life of no shame. They were partners in the truest sense. I am fortunate enough to catch glimpses of their paradise in my own marriage. When I listen to my wife, she is cleansed her of any shame, and when I reveal my own deficiencies, so she can cleanse me. But Adam and Eve’s lack of shame did not last. What happened? I believe they became anxious. They lacked faith in one another and in God.

Anxiety - a feeling of worry, nervousness, or unease, typically about an imminent event or something with an uncertain outcome.

Ultimately, what became of them was uncertainty, which is the root of anxiety and the opposite of faith. They became uncertain of themselves, then each other, then nature, and finally God. They were anxious about finding the beat in the cacophony of sound. They became unsure of love. Would love really hold them together forever? Could they really trust each other and God?

Have you ever wondered why everyone is so anxious? Anxiety seems to continually overflow out of our relationships. Our relationships come from a variety of places: other people, nature, our own selves, and our god. This book takes a look back at some of the earliest languages we had to describe relationships. The Bible gives us a compelling place to start by examining the Genesis 3 Fall of Man account. From this account, we can find four fundamental separations. These separations are why relationships are difficult.

Not content with just naming the problems, the second part of this book examines what we can actually do to ease these separations and find unity. I want to give people action and hope that these fundamental separations can be overcome. By giving practical examples from my own life, I want you to have the tools to reach a peaceful unity in the relationships in your life.

Jacob Pannell is author of the Faithful Fatherhood blog. He brings the insight of a well-trained academic with 4 degrees and the passion of a dad to his writing. In this book, Jacob works to find the root of conflict by sifting through the depths of our common experience. Jacob invites you to join him in his journey of faith and fatherhood as we focus on what is most important in our lives, our relationships.