Transformation A Work in Progress 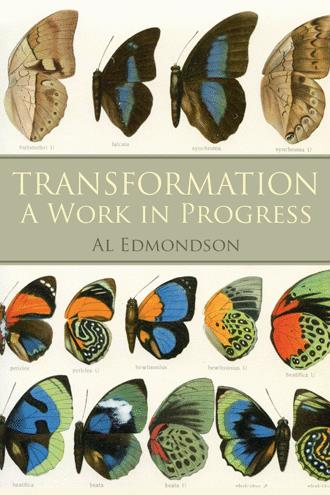 Concerning working with others, there are people I know who refuse to be involved in service because they have been seriously hurt by a person within the Church. They may refuse to become a member because with that level of commitment they know they’ll be asked to serve, and with service comes the risk of more pain. Others have dropped completely out of fellowship, living in self-imposed exile. I don’t belittle the pain, because it can be delivered by the most trusted people, inflicting damage against someone who is perfectly innocent.

We may feel destroyed, but we remain a child of God. Short of heaven, there may never be an answer to the question we ask God, “Why me?” But with that question there’s a second question that has to follow, “Lord, do you love me?” That question always has this answer, “Yes, forever with my whole heart, to the extent of my horribly painful death with you on my mind.”

“See my hands, my feet, my side, the stripes on my back, and wounds on my head. They are there because I love you. I too have been abused, and I have suffered when innocent.” In this life you may not forget abuse, but need not be defined by it. He alone knows every tear that’s been shed, every tormenting memory over many years. He identifies with your suffering. He says, “Be like me. Identify with me and forgive those who have caused you pain. I forgave those who carried out my execution, who stripped and humiliated me as if I were an insect in their collection, and I love you and have forgiven you for your part in my suffering.”

In that context, the ‘who’ and ‘why’ of past pain is at least diminished, and hopefully irrelevant. Yes, there is probably a huge amount of healing involved, but you have not been disowned, or disqualified, or declared exempt from service. Your future includes checking out of the hospital and putting your shoulder to the wheel. Be with your sisters and brothers, the gathering of His family and friends, the eternal Family of God.

Forgetting what lies behind, we are instructed to strive forward to prove what is good and noble about our transformation in Christ Jesus. A very important issue has to be addressed in these words; how do we get past what has happened. It may seem that a life shattering event will dominate who I am. How can scripture simply say, ‘Forgetting what lies behind?’ Paul describes the process of forgetting as putting it out of your mind and neglecting the memory. This is a spiritual healing process that is included in transformation, as Christ was transformed in His resurrection. We don’t find in the post resurrection words of Jesus a focus on the cruel infliction of pain to the point of death. He is focused on the future of the new-born Church. It is a description of love for a bride borne in His image through the indwelling Holy Spirit. It is a picture of Eden that perhaps left Adam with a scar on his side from which his bride was created, a place similar to the side of Jesus that Thomas had to touch before he would believe the resurrection. Many believe that Jesus still carries the scars as he sits at the right hand of God the Father.

The bride of Christ is a new beginning, a new race of people who are the adopted children of the Father, people who carry His image within their hearts and minds, who are transformed in metamorphosis as if they were dead in the tomb of the chrysalis and resurrected in transformation to Christlikeness. But just like you and me, they are capable of sin that takes the form of injustice toward other people.

Paul counts suffering as losses to be measured against his remaining life’s work. He was nearly beaten to death several times, unjustly imprisoned, stripped and left cold and hungry. Yet, he says those losses are as meaningful as a pile of rubbish compared to the surpassing worth of knowing Christ. In the comparison of Paul’s suffering to the reality of the greatness of his Savior, what had happened to him would never be comparable to the promise of what was yet to come. He understood a rebirth in Christ that overcomes suffering, a renovation in the power of the Spirit that allows us to dismiss what lies behind. His dismissal of past experiences is based on the relevance of the experience. He has not literally forgotten what happened because he recited the details. Paul does not claim that his mind has been healed; he says that he is purposefully forgetting what has happened and is moving on in service, doing what he has been called to do. He has disciplined himself to see the world through his rebirth in Christ-likeness rather than through the filter of pain. Paul’s view is dominated by what the Lord had called him to be, not by how He has been treated.

Paul can talk about suffering, not as complaints or handicapping events, but rather, as a testimony of the greatness of the power of God, a transforming power of the mind that enables us to dismiss the pain in our past, separating it from our future.

If you have suffered, and that suffering stands in the way of participation in the great work of the Lord in this dark world, then bury yourself in Scripture. Rediscover who you are in Christ by refreshing your mind, washing it with the Word. Ask the Lord to strengthen your faith and re-new your hope. God promises that those who draw near to Him will find themselves close to Him. God is not in the business of frustrating His children. He wants to be an intimate part of their lives, and that happens in large measure by living with Him and your brothers and sisters.

God created us for good works that were planned in ages past. He knew the future and our place in it. While participation is a duty clearly stated in scripture, many Christians are unaware of God’s desire for their mobilization. Others may not be carefully listening for his voice or, regrettably, dismissing him as if their participation is optional. No Christian is exempt from his command to be transformed into spiritual awareness, to grow in biblical knowledge, and in parallel, to participate in the building of his kingdom. The disengaged miss the joy-filled opportunities that enable personal growth through work that fulfills their responsibilities within the church body. The earth is blooming with 7.5 billion souls. More than ever before the entire body must mobilize to effectively represent the stature of Christ. We are his hands, his feet, his fragrance, and his voice in our world. This twelve-week study lays out God’s plan to advance the gospel and discipleship through the work of his redeemed family, endowed by the Holy Spirit with gifts and power to change our world. The study addresses issues that weaken Christian resolve, compete for our attention and time, and even cripple his people. These issues require a serious call to duty.

Al Edmondson is an engineer residing in the Pacific Northwest. He and his wife Linda continue to lead mid-week home groups, and have been instrumental in coaching other leaders. This book is motivated by his love for the Church, knowing that participation with the Body is necessary to advance the Good News and fill the soul.

He and Linda are enjoying the blessing of grandchildren. They are thankful for the pastoral leadership of their local church who invested themselves in training and encouragement in the exercise of their Spiritual gifts.