A Heart Worth Entering Heaven

Not Perfect but Faithful 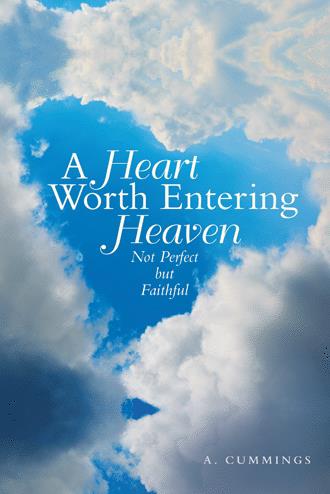 When marriage becomes too much work and effort or it doesn’t meet our expectations, divorce has become the logical answer. When in reality, divorce is highly illogical, especially between Christians. Yes, marriage is hard work, but something great has been entrusted to us. We have been given the high honor and responsibility, in holy matrimony, to reflect the Trinity. Is that so far-fetched? After all, we were made in Their image. Let us make man in our image, in our likeness… (Ge 1:26).

With God’s blueprints in hand, we have the exciting opportunity to build an institute more powerful, more beautiful, more gratifying, and has better fringe benefits than any other institute in the world. God has provided all the materials we need to build a successful marriage – love, kindness, humility, patience, prayers, and sacrifice.

To get to the best, we have to go through the worse. Marriage can survive if you can remember the part of the marriage vow that says for worse. For worse, was not put in the vows because it made for a good poetic stanza. Watch this, “for better, for worse” – two extremes at opposite ends of the spectrum. You have to understand what has been done here, a foundation has been laid that captures all possibilities, "for richer, for poorer" and "in sickness and in health" – no matter the condition or circumstances. Folks, this is a tough proposition! And in life, anything can happen to any of us at any time. God challenges us to count the cost before we take the vows.

Luke 14:28-30 says, “Suppose one of you wants to build a tower. Won’t you first sit down and estimate the cost to see if you have enough money to complete it? For if you lay the foundation and are not able to finish it, everyone who sees it will ridicule you, saying, this person began to build and wasn’t able to finish.” Your marriage vows, my dear loves, are the marriage’s foundation laid by God. Did you count the cost before you started to build on the foundation? The foundation is meant to last, and we must build lasting walls on that foundation. Sadly, this is the work that far too many of us cannot finish.

The walls of a city in the bible were vital, it was a disgrace to the people and to God when the walls were in ruin. Nehemiah wept (Ne 1:4) when he found out the walls of his beloved Jerusalem lie in ruin. He made it a point to go there and oversee the rebuilding of the city walls (Ne 2:11-19).

God gives us a foundation, but it is up to us to build the walls. At the same time as they rebuilt the city walls, the people of Jerusalem had to also watch for the enemy. They had to be prepared to fight the enemy and build the walls (Ne 4:16-19) at the same time, are we expected to do any less? Do you really think you’re going to build a marriage in peace? Satan knows if you finish building the walls of your marriage upon God’s foundation, he’ll be shut out. Consequently, he does everything he can to stop you while you’re in the building process. Your job is to watch for the enemy, as you build, and be prepared to fight, not each other, but the enemy.

Marriage is going to cost you something. Can you finish what you started? If not, don’t start because for all intent and purposes, you will have unfinished work. There will indeed be some ridicule, oh you say you don’t care because no one has walked in your shoes. I can say, “You are wrong.” Anyone who has been married for more than five to ten years, nine out of ten of them have walked in your shoes. They know how hard it is to build a successful marriage, but they will tell you, as I am telling you, “Don’t give up.”

This book talks about marriage and divorce God's way. There are far too many Christians with a burning question they dare not ask for fear of the answer; consequently, they live under a cloud of doubt.

Church leaders would be shocked at the number of Christians who suffer in silence with the questions, “Does God honor my marriage to someone other than my first spouse?” or “Although divorced, is my first wife/husband still my spouse in God’s eyes?” These are valid questions that hamper an otherwise good relationship with God because it will cause you to be unsure about your true standing before Him. There are too many Christians dealing with these questions because they are unsure how God feels about their divorce.

• Was your spouse married to someone else when the two of you started seeing each other?

• Did you break up someone’s home to start your own?

• The Bible says God hates divorce. Do you find yourself questioning the validity of your remarriage in God's eyes?

• God hates adultery, has He forgiven you?

Keep reading, you are holding the answers in your hand.

Ms. Cummings has studied, taught, and preached God’s word long enough to know it is only His truth that changes lives for the better, eternally. She has spoken at various women conferences and retreats and have had the humble honor of witnessing women being freed from life-long bondages.

Her story is many of our stories, she just had the courage to put it in writing. She knows that she does not walk this journey alone, and as you read, her footsteps will become yours. Read and be renewed, read it again and be blessed, read it again and resolve to live in God’s truth. Ms. Cummings earned her BA in Christian Studies and is an associate minister at her church in California. She is the mother of 2 wonderful daughters and has 3 amazing granddaughters. Ms. Cummings works for a leading healthcare organization, and in her spare time she loves to read, travel, and spend time with family and friends.