A Biblical Blueprint for Church Turnaround 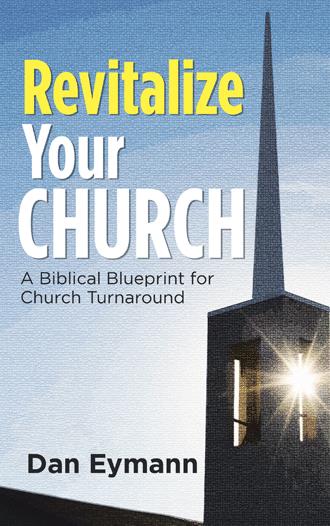 My wife and I moved from Phoenix, Arizona to Portland, Oregon just two years after we were married. We moved to pursue Seminary training in preparation for pastoral ministry. My brother had just completed his seminary training and was moving back to Arizona about the same time we were moving to Portland. While he attended seminary, he purchased a fixer-upper house with the goal of turning it for a profit after completing his training. He did so successfully. So, my brother decided that my wife and I should do the same. In fact, he even picked out a house for us.

We moved into our house, sight-unseen. When we drove up to our “new” house with all our earthly possessions in a U-Haul trailer, we could hardly believe our eyes. Were we really going to live in this dump? Was there any realistic hope of fixing it up and selling it for a profit three years later? In fact, a cousin suggested that it might be better to torch it and rebuild from the ground up. He wasn’t kidding. What had gotten ourselves into?

We spent the next three years of our lives rebuilding a house while my wife worked full-time, and I worked two part-time jobs while also attending seminary. As we began to tear into our house one room at a time, we discovered that this was much more than an average fixer-upper. It probably would have been easier to bulldoze the house and start from scratch. But we rebuilt the house from the foundation to the roof and everything in-between. And three years later it was ready to sell. Unfortunately, the housing market didn’t cooperate, and we were not able to turn it for a profit. But, it was a memorable experience in rebuilding.

Many churches are similar to our house in Portland. Borrowing the title of a former reality TV show, they are desperately in need of an extreme makeover. But, is a church makeover biblical? Is turnaround just a popular concept borrowed from the corporate world? Or is there a scriptural mandate church revitalization?

Is church revitalization and turnaround biblical? Or, is it merely a secular concept? In Revitalize Your Church, you will discover that the Bible has much to say about revitalization.

Revitalize Your Church will give you hope and biblical insights on turning around a plateaued church. Your church can experience revitalization and renewal.

Dan Eymann has been serving in full-time Pastoral Ministry since 1982. He has pastored three turnaround churches in Gallup, New Mexico; Kent, Washington; and Phoenix, Arizona. He is currently serving at North Mountain Church in Phoenix. Dan is a graduate of Western Seminary (M.Div.) and Phoenix Seminary (D.Min.) Dan has been married to Barbara, his lifetime partner in ministry, for more than 40 years. They have three married children and seven grandchildren.