An Ultimatum for God 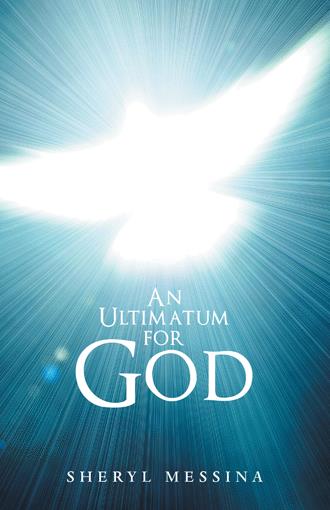 The next day the images of that gruesome beast that kept popping into my head. But each time I fought hard to put them out of my mind. That evening I asked Rob if he heard me scream during the night. He said, “No.”

Now, I ask you, “How is that possible? How can I be in a dream where there is loud music, loud talking, creaking stairs, crying and growling, and I am the only one that hears it? How is it possible that my loud scream was not heard by my husband, who was less than one foot away?”

After Rob’s reply of “No,” I paused and took a deep breath. I realized that all of the nightmares, frustration and despair over the last six months were mine and mine alone. It was all inside me, constantly churning my insides and slicing through my mind - everyday. It had taken over my life. Moreover, I had let it take over my life and keep me frozen in an enraged state, while the world around me continued on.

It was May 2004 and every day you could feel summer getting closer. Summer is my favorite season and I wanted to enjoy it. I wanted to put the nightmares behind me, begin healing from my father’s death, and start enjoying the time with my husband and kids again. So, I was even more determined now to make the bad dreams stop. I decided that I didn’t want to talk to a psychiatrist because I just wanted the ordeal to immediately end. I didn’t want to analyze and re-live the nightmares all over again. I made a decision that evening that I would reach down deep in myself, pull out all the courage I could and accept my father’s death, not let one more bad dream affect me and move forward. Amen. I drew a star on the calendar that night, marking that day I made that important decision – Saturday, May 29, 2004.

That night the dream of all dreams visited.

I dreamt about my daughter, Alison’s, five-year-old birthday party that would be taking place two days later on Monday. Ali was born on May 31, 1999, which was Memorial Day in 1999 and now again in 2004. We were having my family and Rob’s over for a barbecue, complete with outdoor games and a ‘Power Puff Girls’ piñata.

In my dream, however, we were having this party in a different house with a different backyard. The yard in my dream had a flat, manicured, fenced-in lawn with an in-ground swimming pool. My real-life backyard had quite a few large rocks (boulders really), went up on a slope into woods, and did not have a fence or pool.

In the dream, we were all having a great time enjoying the perfect weather, catching up and comparing summer plans. After we ate, I brought the cake outside and called everyone together to sing Happy Birthday to Ali. But, where was Ali? I didn’t see her running around playing hide-and-seek with her cousins. I looked in the house and I called for her. No answer. Panic started to take over my body…first slowly, then more and more quickly and intense. Everyone was now running around looking for her. It was her eight-year old cousin, Christopher, who found her in the pool – at the bottom.

I screamed! But, this time, the scream did not wake me up.

Rob jumped into the pool and pulled Ali out.

I screamed again! I did not wake up.

I was on my knees holding Ali, looking at her beautiful, china-doll-like looks. I was in shock and the scene was surreal. It was unreal. I held her nose, blew into her mouth, pushed her chest, and kept trying to get her to breathe.

Rob turned toward me. I wasn’t looking at his face, but I felt his eyes. They had a strong stare and after a few moments I knew they weren’t letting go of their hold, so I completed the required “tongue-to the-roof of mouth sucking click and deep sigh,” then I turned and met his eyes.

He gently asked, “Are you okay?”

“I had another bad dream,” I replied without any emotion, as I was too drained to express any.

Ali was still in her bed, but crying and calling out for me. As I got out of bed and walked to her room I was comforted by her screechy, little girl cries because they told me she was alright.

I gave her a big, long hug and a big kiss on the forehead.

“I’m going to check on Kristen and Danielle and I’ll be right back.” I told her. With the back of her hand she wiped her nose and then her eyes (yes, unfortunately in that order, but happy to say, no resulting ‘pink eye’ that time) and nodded her head in agreement. After I knew Kristen and Danielle were also okay and falling back to sleep, I laid down next to Ali. Within minutes she was asleep – safe, beautiful, and alive – breathing softly. I, on the other hand, tried to close my eyes, but physically couldn’t. My eyes only wanted to keep looking at Ali…forever.

At times it is easy to doubt God’s presence—even his very existence. For Sheryl Messina, after watching her father suffer terribly from cancer and die just after selling his business to start enjoying life, her faith in God plummeted. She had grown up being told that God loves everyone and has a grand plan, but this didn’t seem like a wonderful plan by a loving God.
In An Ultimatum for God, author Sheryl Messina shares her soul-searching journey from anger and rejection of God to knowing his true existence. After her father’s death, Sheryl’s weakened faith even further diminishes when graphic, horrific nightmares arrive and then continue for months, each one more frightening and disturbing than the previous one. The unceasing assault of nightmares and her feelings of abandonment led Sheryl to her breaking point, when she screamed out to God to show up—or else she would be done with him forever.
But God’s response was astounding! And by following Sheryl on her journey and exploring your own doubts and faith, you too can discover God’s presence in your life and find an appreciation for how his plan is always a plan of love and hope, even when our lives seem lonely and hopeless.

Sheryl Messina grew up in Westchester County, New York, with all the traditions and idiosyncrasies of living with a hardworking middle-class Italian American family. An Ultimatum for God is the first of four times in her life that God physically or vividly appeared, letting her know his true existence and power. She is passionate about the message that God is real and that we always need to have faith, even in times of doubt. Sheryl currently lives on Long Island, New York, with her three children: Kristen, Alison, and Danielle.

To learn more about Sheryl’s journey, her message, and other works,
visit her Blog: YourOwnTrueBEAT.com
and her Website: SherylMessina.com