Easy to Read Bible Summary for Teens and Adults 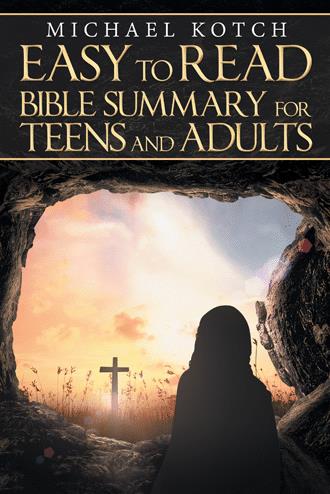 Chapter 18—The Events That Led to Jesus Being Crucified

Jesus, who always existed as God, also became man and came to earth so he could take our sins off us, put them on him, and get punished to death in our place with our sins on him. This makes us sinless in God’s eyes when we accept that Jesus did this wonderful thing to save us and then follow him in our daily lives. Therefore, Jesus came here to die. This was accomplished by Jesus being crucified. How did he get crucified?

At the time, the Jewish religious leaders were doing many things that God did not want them to do. They were adding their own man-made rules that God did not want on top of God’s rules that he gave the people. They were also hypocrites. They demanded the people to follow these difficult rules, some of which they themselves did not follow. They did this to benefit themselves and not the people they were supposed to serve.

In their anger and jealousy, they decided to kill Jesus when they got the chance. These are some of the events that the religious leaders used as an excuse to kill Jesus. They are not necessarily in order as presented in the Bible.

One day, a paralytic man was brought to Jesus to be healed. Jesus said to the man, “Take heart my son, your sins are forgiven” (Mark 2:5). Some of the religious leaders heard this and said, “He is blaspheming! Who can forgive sins but God alone?” (Mark 2:7). (Jesus is God, but the religious leaders did not believe it.)

Jesus came to save us because we are all sinners. Therefore, Jesus spent a lot of time with people who were known to be big sinners because he was teaching them. He said, “A well person does not need a doctor, but a sick person does.”

Jesus was the doctor, helping those who came to him who were sick with sin. The religious leaders of the time were full of pride, and they thought they were better and holier than everyone else was. They did not speak with people known to be sinners (but should have). They were upset and disgusted with Jesus for associating with sinners. Sinners were the people Jesus came to save … which is all of us.

Jesus entered a church, and there was a man there with a crippled hand. Jesus was about to heal the man. It was the Sabbath (either a Saturday or a Sunday). The Pharisees asked Jesus, “Is it lawful to heal a person on the Sabbath?”

They did this because they wanted to accuse Jesus of breaking the commandment “You shall keep the Sabbath holy,” which meant that, not only should you go to church on the Sabbath, you should not do work on that day.

Jesus said to them, “Which one of you who has a sheep, if it falls into a pit on the Sabbath, would not take hold of it and lift it out? Of how much more value is a man than a sheep! So it is lawful to do good on the Sabbath” (Matthew 12:11–12).

Jesus then healed the man with the crippled hand. The Pharisees got together and used this event in planning on how to destroy Jesus.

Jesus said to the people, “Beware of the scribes [some of the religious leaders at the time] who like to walk around in long robes and like greetings in marketplaces and have the best seats in the churches and the places of honor at feasts, who devour widows’ savings, and for money they make long prayers. They will receive the greater punishment.” This, of course, made the priests mad at Jesus (Matthew 23).

While Jesus was speaking, a Pharisee asked him to dine with him, so he went in and reclined at table. The Pharisee was astonished to see that he did not first wash before dinner. And the Lord said to him “Now you Pharisees cleanse the outside of the cup and of the dish, but inside you are full of greed and wickedness. You fools! Did not he who made the outside make the inside also? But give as alms those things that are within, and behold, everything is clean for you.

One of the lawyers answered him, “Teacher, in saying these things you insult us also.” And he said “Woe to you lawyers also! For you load people with burdens hard to bear, and you yourselves do not touch the burdens with one of your fingers. Woe to you! For you build the tombs of the prophets your fathers killed. So you are witnesses and you consent to the deeds of your fathers, for they killed them, and you build their tombs. Therefore also the wisdom of God said ‘I will send them prophets and apostles, some of whom they will kill and persecute, so that the blood of all the prophets, shed from the foundation of the world, may be charged against this generation, from the blood of Abel to the blood of Zechariah, who perished between the altar and the sanctuary.’ Yes, I tell you, it will be required of this generation. Woe to you lawyers! For you have taken away the key of knowledge. You did not enter yourselves, and you hindered those who were entering.”

As he went away from there, the scribes and the Pharisees began to press him hard and to provoke him to speak about many things, lying in wait for him, to catch him in something he might say. (Luke 11:37–54)

One of the things the religious leaders used against Jesus as an excuse to kill him was Jesus was healing people and doing good works on the Sabbath. One of the Ten Commandments is to keep the Sabbath holy. In the commandment, it says, “Six days you shall labor, do all your work, but on the seventh day you shall do no work” (Exodus 20:8–9).

One day on the Sabbath, Jesus came across a man who had been an invalid for thirty-eight years. Jesus felt compassion for the man, so he healed him, and now the man could walk. The religious leaders began persecuting Jesus for healing people on the Sabbath. Jesus told them that God made the Sabbath for man so man can have a day to rest from his regular work. It was never meant to stop people from doing good for others on that day. People should do good things for others, if necessary, on any day.

The religious leaders ignored this and held on to their statement that Jesus was breaking the law because he was doing work on the Sabbath by healing people. Jesus responded, “My Father is working until now, and I am working. This is why the Jews were seeking all the more to kill Jesus, because not only was he breaking the Sabbath, but he was even calling God his own Father, making himself equal with God” (John 5:17–18). (In truth, he was.)

Jesus Tells the Religious Leaders They Are from Their Father, the Devil; Jesus Then Publicly Declares That He Is God 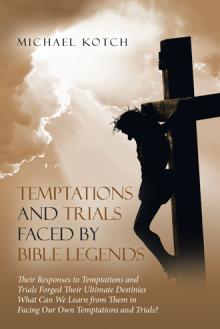 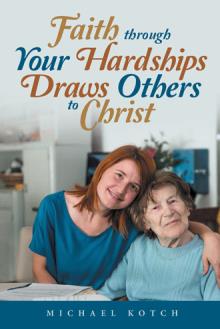 Faith through Your Hardships Draws Others to Christ
Michael Kotch
$9.95

Have you ever wanted to get an understanding of the entire Bible for yourself or to teach the Bible to your children? Many Christians hope to have this understanding, but for whatever reason, it can be too overwhelming to read the Bible completely. Easy-to-Read Bible Overview for Teens and Adults is a Bible summary that covers all of the major stories and themes of the Bible from the first words in the book of Genesis to the last words in the book of Revelation. It is written in clear and simple language that is easy to understand. It is intended for a person who always wanted to get a general understanding of the entire Bible, but for whatever reason, never read all of it. It is also ideal for teens to learn all about the Bible on their own, or for parents to use to teach the Bible to their children. Interwoven through the book is also an explanation of how all of the Bible connects together and points to Jesus Christ. While an overview is never a replacement for reading the Bible, summaries can help us as we visit the actual word of God and read it regularly. As a biblical reference, Easy-to-Read Bible Overview for Teens and Adults is an excellent way to introduce the Bible to teens who may not yet be able to read the entire Bible on their own—and for parents, too, who need an extra hand.

Michael Kotch is a licensed psychologist, and he has been practicing at an outpatient Christian counseling center since 2006. He has a bachelor of science degree in administration of justice from Pennsylvania State University, a master of science in psychology from Marywood University, and a master of arts in clinical psychology from Widener University; he earned his doctorate in clinical psychology from Widener University in 2003. Michael is also the author of Faith through Hardships Draws Others to Christ, Temptations and Trials Faced by the Bible Legends, Lessons for Christians from the Trials of Job, and The Good Things Jesus Does for Us, to Us, and through Us. He and his wife, Mary, have two children, Jacob and Johanna, and they live in a small town in Southeast Pennsylvania.