My Story of Coming to Christ Out of Jehovah’s Witnesses 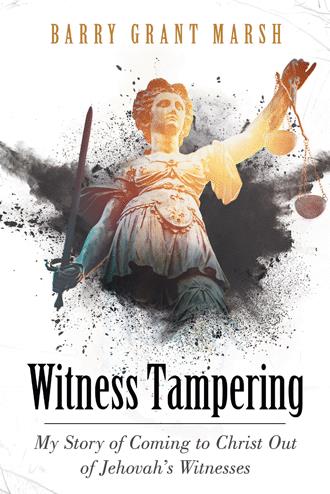 But sadly my grandparents and parents didn’t bother to investigate the claims of the Watchtower. All studying of the bible had to be in tandem with the publications of Jehovah’s Witnesses. Why would the Watchtower Bible and Tract Society lie? What did they have to gain by convincing people that only trusting their interpretation of the Scriptures was correct? They could prove from their version of the Bible that there is no such word as the “Trinity” found in the Bible, Hell fire doesn’t exist, Jesus isn’t God, The Holy Spirit isn’t a Person it is God’s Active Force and there is no immortal soul.

These were the “Truths” or as I like to call them “Alternative Facts” I grew up believing and recall many heated discussions my grandparents and parents had with Pastors and Ministers of other faiths that ended with neither side caving in. I wouldn’t find out until many years later that all the arguments my family and I believed were absolutely the farthest from the Truth according to the Scriptures.

The Bible verse I quoted from the Watchtower Bible and Tract Society’s New World Translation of the Holy Bible at the beginning of this Chapter had two words that change the meaning of John 3:16 for every Jehovah’s Witness. They are the words “EXCERCISING FAITH”. Those words render useless Christ’s death on the cross for they bring works into the picture. Greek Scholars say the word used in the text was to be translated in English to “BELIEVE” in the Son of God. It is the Rock of the Faith as a Christian that God the Father sent Him as a gift. He gave his one and only Son so that eternal life is a gift to all who “BELIEVE”.

In his letter to the Ephesians chapter 2 verse 8 the Apostle Paul was inspired to write “For it is by grace you have been saved, through faith”. Then comes the part Jehovah’s Witnesses don’t see or choose to ignore, “and this is not from yourselves it is the gift of God.” There will be more from Ephesians later in the book to encourage you, but for now my story centers on my life before the witness tampering that led to my conversion to Christ.

Some Christians can point to one “Ah ha” or “Mountain Top” moment when they accepted Christ. Maybe it was a Sunday Sermon that touched your heart, a Billy Graham Crusade type Altar Call, a Cursillo Weekend or near death experience that brought you to your knees to be a follower of Christ. For me it was many events that led to my release from darkness into the Light of Christ. As I look back there is no doubt in my mind that the Holy Spirit had been working in the lives of my family for many years to get them out of Jehovah’s Witnesses.

The greatest amount of peer pressure on my family came from the Witnesses themselves. It wasn’t that we weren’t committed to the witnesses, we were. We attended five meetings each week, we were Elders and Servants in the Congregations where we served, gave public talks at various Kingdom Halls. Yet there was something wrong with us. Either we were too good or not good enough. There was always someone criticizing us. I believe it was God the Holy Spirit working on us to leave a works based false religion and come to Jesus.

For me, coming out of the Cult of Jehovah’s Witnesses was a series of many life-changing experiences. The Holy Spirit used many people to contact me. Some of the people that persuaded me to make my decision to accept Jesus as my Lord and Savior had no idea they were doing so. I will never forget my First Contact.

Barry Grant Marsh, who was a third-generation Jehovah’s Witness, seeks to help others struggling to leave behind the Watchtower Bible and Tract Society dogma in this memoir that looks at Jesus Christ in a new light.

He reveals the powerful training methods employed by Jehovah’s Witnesses to manipulate and control their followers—as well as steps you can take as a Christian that will protect you from falling victim to this cult. Moreover, he provides tips on reaching out to loved ones who are members and advice on responding to Witnesses who knock on your door.

Marsh also shares details from his own journey of finding Jesus, which took more than thirty years and was dominated by his dedication to an organization that brought him difficulty, disillusion, and disappointment. In the end, he realized that the Holy Spirit was there to lead him through it all.

Join Marsh on a compelling and heartfelt journey toward biblical truth, and start your own walk toward Christ with this incredible story.

Barry Grant Marsh was a third-generation Jehovah’s Witness. He and his wife, Carol, were both members of the denomination. They have been married forty-nine years. The couple has three grown children, seven grandchildren, and one great grandson.

In Witness Tampering, Barry tells the story of how he and his family came to Christ out of Jehovah’s Witnesses. He calls it “a drive-by snatching of the Holy Spirit.” The book is designed to help others who are struggling to leave behind the Watchtower Bible and Tract Society dogma and see Jesus Christ in a new light as their Lord and Savior. His amazing story reveals some of the very powerful training methods employed by Jehovah’s Witnesses to manipulate and control their followers.

Barry includes steps you can take as a Christian that will protect you and your family from falling victim to false doctrines. There are also tips on what you can do to reach out to friends and family who have become Witnesses and even how you can witness to Jehovah’s Witnesses who come to your door. Mr. Marsh is involved in volunteering at St. Mary’s Episcopal Church in Stuart as a lay lector, intercessor, greeter, and usher.

A second-generation broadcaster, Barry now produces and creates audio and video presentations for the church and other nonprofit organizations, including the Salvation Army of the Treasure Coast. He is currently the owner of BGM Creative Advertising and Marketing firm in Stuart, Florida.