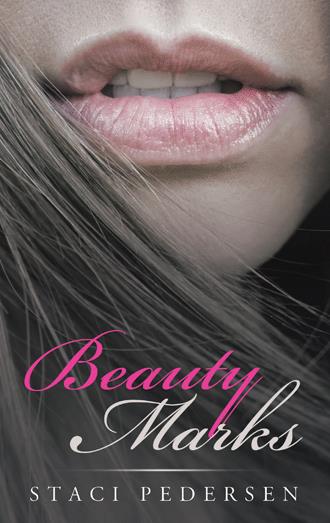 My lip healed, but no, it has never been the same. My scar isn’t dramatic, most people when looking at me probably wouldn’t even know or be able to tell, but it’s still a scar. At times I would refer to it as my “hook lip”, as if it had been baited and snagged with proof of the damage. I can’t say how many tears I’ve cried over the years because of that tiny, little scar. Many times I’ve looked at my reflection in the mirror and having really taken notice of it, brings me back to that night. It’s a result of that night, as if my story is now woven into my scar. Sometimes it’s hard to not get emotional, and at other times, I can give it a simple touch with my finger and move on with my day.

It’s not that I can’t get the work done either. Several months after my accident I had a consultation with a plastic surgeon. He said I would need a full year for the tissue to heal before I could do anything to it, but it wouldn’t be a problem for him to fix it back to normal. At first, I debated having the work done and then I made peace with it. I made the decision that this is my Beauty Mark and chose to see it as a visible reflection of my saving grace.

I remember being at a church retreat several years before my accident. One of the girls there wasn’t yet a believer, but she was seeking God out. She had recently been in a car accident, one that probably should have taken her life or at the very least done more damage, but instead she walked away from it, the only mark being on her chest from where her seat belt held her back. I remember her crying and saying that she didn’t know why more hadn’t happened to her, but she had this mark. That mark saved her.

Maybe one day I’ll get the work done and have a perfected lip, but I don’t really know and don’t really think about it. When I see my mark, I think about the accident, but more importantly I try to focus on the grace and the redemption in it. By God’s grace I’m still here, I am healthy, and I am whole. I don’t necessarily like my scar, but I also can’t help but see the beauty in it. If there is something to love about it, it reminds me of With All Her Might’s logo, a blossoming and breaking-free butterfly, and at other times, I see a heart. My scar is proof there was ever a wound to begin with, but I can see the beautiful in it because it is also evidence of healing. That may be one of the most profound things I have relearned with my accident: if I have the eyes to see it, anything can become beautiful. And I see it as living proof that God truly does make all things beautiful in His time.

Am I beautiful or blemished?

After an accident that required time to heal, Staci details her personal journey of overcoming through hardship: learning what it means to trust God with His restoration work, accepting the process, and having the foresight to see a victorious outcome. Through vulnerability, Staci attests to how God heals wounds to beauty marks and can use our scars to change the world. There is redemption for your scars.

Staci Pedersen was born and raised in a small town in southern California, but with a love for big cities, resides in Los Angeles. In pursuit of her God-sized dreams, she has been led to some incredible places. With a desire to love people, give the hope of Jesus, and exhort others to live a life worthy of their God-given calling, Staci has pursued those dreams through With All Her Might, a women’s inspirational and motivational organization she founded in 2012.

Thankful for what God has established in her life during her twenties, Staci is excited and open to where God will lead her in the future. No matter what, she will always believe the best is yet to come.