Encounter the Ups and Downs in the Life of a Disciple 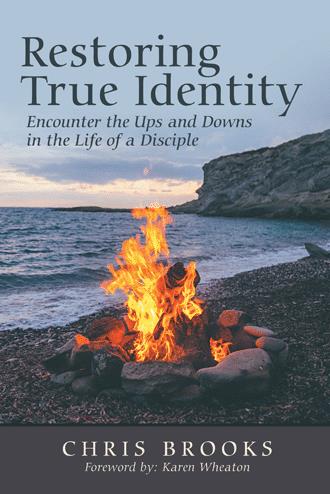 In Matthew 14: 28–29, Peter calls out to Jesus, “Lord, if it is You, command me to come to You on the water.” So, He says, “Come.” Peter’s response came in two parts. First, he asked if the person they can see was Jesus. Then he made a request: he asked, if the answer to his question is yes, would Jesus command him to come on the water with Him. Jesus was not about to deny Himself! His response to Peter, to paraphrase, was, “It’s me, Jesus, and if you want to come out here, then come on.”
Here is where we are going to shake some things up that you have heard in the past. Watch this! The Bible says that, while Peter was in the boat, the winds were contrary. The Greek word for “contrary,” according to Strong’s Exhaustive Concordance of the Bible, is enantios, and it is defined as “winds beating against the boat.” Peter chose to leave the safety of the ship that Jesus put him into to make it to the next destination. “If you want to come out here so bad, then come on!”
Everyone preaches this as you have to have faith to get out of the boat and walk on the water with Jesus. If walking on water was so great, then why was Peter about to start sinking? Here’s a theory! Maybe he was never supposed to get out of the boat in the first place. If Jesus was going to walk past them, then maybe He knew that they would make it to the other side. After all, Jesus said to get in the boat and go to the other side, didn’t He?
I told you in Chapter 1 that the boat or ship was a representation of the church. When you step out of the safety and covering that the Lord has provided for you, the possibilities of sinking are inevitable. When Peter stepped out of the boat, the winds shifted, and so did the storm. While they were in the boat, the winds were contrary. When Peter stepped out of the boat, the winds become boisterous.
Matthew 14:29–30: “So He said, ‘Come.’ And when Peter had come out of the boat, he walked on the water to go to Jesus. But when he saw that the wind was boisterous, he was afraid; and beginning to sink he cried out, saying, ‘Lord, save me.’”
The gentle wind that rocked the boat turned into a boisterous wind. Strong’s Exhaustive Concordance of the Bible tells us that the Greek word for “boisterous” is ischyros, which means the “wind become strong, mighty and violent.” So the wind might be bad while you’re in the church, but if you step out of the safety of your church covering, hurricane-force winds hit in every direction. Peter stepped out of the boat. The winds became boisterous. He then became afraid and began to sink.
I want you to slow down and focus on what I’m saying. This means that, in the moment when Peter was sinking, Jesus did nothing. According to dictionary.com, the word beginning means “the point in time or space when something begins.” There is a time lapse here. Peter was sinking, and Jesus was still far off. It’s not until Peter cried out and said, “Lord, save me,” that Jesus was close to him. Immediately, Jesus was in the presence of Peter. He reached down and pulled him up out of the boisterous storm and set him back in the boat where he belonged. No matter how far you may feel from Jesus, with one cry you will be in his presence, immediately.
Here is why I don’t believe Peter was supposed to exit the boat. Verse 22 reveals a couple of interesting points. First, Jesus made His disciples get into the boat and go before Him to the other side. The New King James Version says that Jesus made them. The King James Version says that Jesus constrained them. This Greek word for “constrain,” found in Strong’s Exhaustive Concordance of the Bible, is anagkazō, which means “to necessitate, compel, drive to, constrain by force, threats, by permission, entreaties, our by other means.” This lets me know that the disciples did not want to leave Jesus’s side. Jesus had to force them to enter the boat, and He declared that He would meet them on the other side.
Second, Jesus told them to go before Him to the other side. This is the sending, or marching, order the Lord has given to us to go: “Go, and I am with you even if you think you’re by yourself.” If the Lord has sent you, then He is going to make sure you reach your destination unharmed. He will also be there with you because that is what He said He would do. You might be going through a storm right now. The last thing you want to do is exit the position the Lord has given you. Only in proper position can you be sure you will reach your destiny.
The scripture says that, when Peter reentered the boat, the wind stopped. What actually happened was that Jesus placed him back where he belonged. It doesn’t matter how far away Jesus may seem or feel to you. He can show up immediately and pull you out of whatever you are sinking into. Next, if you find yourself outside the fellowship and the covering of the church, then He will put you back where you are supposed to be in the safety of the body.
Have you identified your location while reading this chapter? Have you found yourself outside the safety of the covering of Jesus? Here is the awesome thing about Jesus: He didn’t make the disciples go back and start their journey over. When He placed Peter safe and sound back in the boat, they continued with the ministry at hand.

“In this book, Chris says, ‘Your yes is what the Lord is patiently waiting for.’ I’m so thankful that Chris said yes when given the instruction to write this book, and I believe you, too, will be grateful for the YES as you read and receive revelation on the subject of restoring true identity … I encourage you to read this book; to hear the heartbeat of the Father on its pages; and in the end, allow Jesus to restore true identity in your very own life.”
— Dean Sikes, Founder, YouMatter Dean Sikes Ministries

“In Restoring True Identity, Chris Brooks blends his transparent journey with powerful revelation and scriptural application to write a profound testimony of hope for those in the body of Christ who need encouragement and strength … This book will bring you hope!”
— Kevin Wallace, Senior Pastor, Redemption to the Nations, Chattanooga, Tennessee

Chris’s work in RESTORING TRUE IDENTITY is a blend of personal testimony and Biblical definitions that highlight the Christian experience. It’s relaxed but at the same time cuts into Christian purpose precisely... I highly recommend this work because there is excitement, setbacks, challenges, and victories x-rayed through the Word of God.
— Michael Lindon


Restoring True Identity asks you to consider the questions:
Do you struggle with doubt?
Is deeper faith something you desire?
What does it look like to be the church?
Are you struggling with the shame of denying Jesus?
Do you desperately need to feel the fresh wind of the spirit?
What does it mean to be a disciple?

Insightful and spiritually empowering, this guide will help you add fuel to the fire in your pursuit of Jesus.

Chris Brooks is the founder of Chris Brooks Ministries and has been a full-time evangelist since 2017. Prior to that, he served more than fifteen years as a family and student pastor. He travels the country developing a culture of revival at each assignment, using multiple platforms to reach the world. Brooks lives in the Chattanooga, Tennessee area with his wife, Davi, and their daughter.