Pilgrimage toward the Light 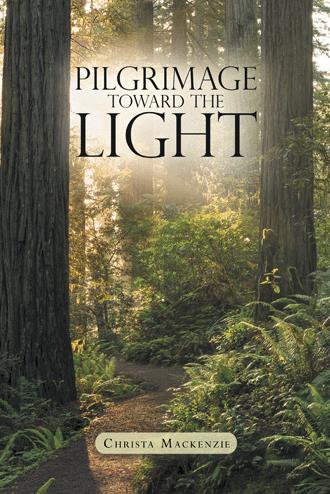 are now together again

God is the Master Potter

He spins his wheel in time

when I come to Him

He starts making the china fine

my tears, my kneeling

I listen to Him

I hear His voice

I go where He sends

shaped by His hand

on the wheel I will go

formed by His love

why? He only knows.

my tears, my kneeling

why does He fashion this china?

I would not if it were me

but I thank my Lord, He knows best

what a merciful God is He

only He knows the purpose

of all clay He fashions in fire

to make fine china for His pleasure

your tears, your kneeling

This is a continuation and culmination of a poem written during the earlier times of my situation. It signifies how God healed me and can heal you. God has me “finish” my poetry this way a lot; it brings me much hope. What I mean by this is that I have written poems that are rather hopeless or not too happy, and finish them by turning them into a poem that displays healing.

I want to try to explain some phenomena that occurs in the person with DID. There is no safety in touch, due to shame about the abuse and much guilt. I had the feeling that I had no home and that I belonged nowhere. I believed no one wanted me because of what I heard as a child; this can vary from child to child. I remember not feeling “real,” like I was a plastic figure or something, like being an inanimate object instead of a human being. In my family, possessions were much more important than people. If anyone broke an antique, we had to hear, “Well you’ve done it! You know that cannot be replaced, my heart is broken!” It was a manipulative statement.

When I began therapy, I had many types of clothing and sometimes dressed like a girl, but not very often. I dressed like a man because I was safer from male attack if I looked tougher. I dressed this ways for years and as I healed, I began to recover my feminine ways that included my clothes. Different parts dressed different ways. I do not know if my therapist could tell who was up front by my clothes or not. He told me that I gradually came to look more feminine, though.

I began to heal only after I began to have co-consciousness, which meant that my parts knew about the other parts. Gradually they were “introduced” to each other, some liked one another, and sometimes they fought amongst themselves. This was a very chaotic time when they were “getting to know each other inside of me.” It was a critical time in my healing process though. When I wrote in my journal and visualized them coming together and we “talked amongst ourselves,” then I could heal, but not before. This is the way I experienced integration. We never talked about anyone “being sent away,” but always “coming together inside” to “live together in peace;” this method proved to be effective and healing.

Thank you for meeting my brave pilgrims. There are many protectors of the system. Then there are those whose job is to sabotage. I have learned to embrace and love them all. The more they have come to destroy, the more wounded they are I have found. This is a brief explanation of the internal system, certainly not an exhaustive one. The system kept me alive and well during my formative years. I will later explain my “safe place” that I developed while in therapy, which led to my healing, wholeness, and integration of my total self. I sure do thank all the pilgrims in my land, those who came to do their job and who did their job well. I am comforted knowing that each one of my brave pilgrims is now safe inside me and will forever be part of me, helping me along my journey of life. I consist of all of them. I can trust and love myself now. The brave ones were here seemingly on a short pilgrimage or sojourn; they were active on a relatively short-term basis in terms of my whole life span. Their care, their love, and their usefulness will be known and appreciated forever by the land of “I.”

In a sea of survivors

Of anguish, of pain, of torment

Then of relief, help, and hope

They did not count on us

Christa Mackenzie is a survivor of childhood trauma whose journey to healing has led her from diagnoses of Dissociative Identity (DID), Post-traumatic Stress (PTSD), and Bipolar disorders to one of spiritual wholeness.

Within a collection of inspirational writings, Mackenzie leads others down an introspective path into her personal story of survival, testimony of God’s faithfulness and care, and intense psychological challenges with the intent of providing hope to and helping those attempting to overcome similar traumatic obstacles. Mackenzie shares poems, scripture, and anecdotes that support her story of survival as she struggled to emerge from the darkness and into the light of healing through therapy, faith, and an inner-strength that eventually guided her to not just survive, but thrive despite her past circumstances.

Pilgrimage toward the Light shares inspirational writings from a devout Christian that detail her incredible journey from childhood trauma to spiritual wholeness.