I Met God and Also Satan

The Out-of-Body Experience That Dramatically Changed My Life 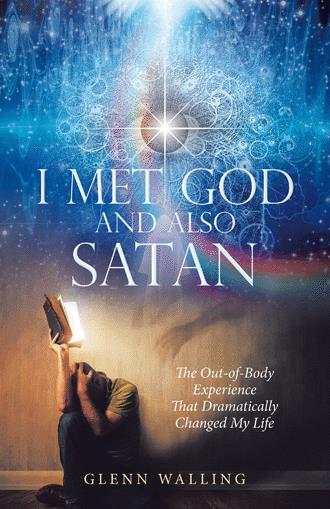 "I had the terrifying, very clear, awareness that it was pure evil, very alive, and seething with a malevolent intention and purpose. There was no doubt that it was focused upon my friend and me."...
"As I, probably very stupidly, approached the inevitable direct struggle with the far stronger evil force, I had no confidence of winning the battle, I simply knew that this thing was Satan himself, and I sensed that I could not give in or run in fear. I somehow believed that fighting with my last shred of existence was my only choice."
"Then I began to sense that I was part of an eclipse. It was as though I was blocking the sun from shining on the earth. From behind me, I sensed a bright light full of force approaching."

When author Glenn Walling was a college student, he and his roommate, utilizing the scientific method, tested the theory claimed by the world-renown philosopher Descartes: “I think, therefore I am.” The result of this logic test was beyond what either could have imagined.

In I Met God and Also Satan, Walling shares the details of this other worldly experience, a surprising venture outside of the boundaries of the physical universe. He tells the story of how he encountered the most powerful, unearthly principalities, meeting not only God, but Satan, as well.

I Met God and Also Satan offers a factual account of a truly out-of-this-world encounter in a domain far greater than the physical world. Attempting this venture on one’s own is discouraged because there is no formula for returning to the physical world. Walling didn’t choose to return; he was sent back.

Glenn Walling earned a bachelor’s degree in mathematics with emphasis on logic, completed significant graduate work in business and accounting, and spent many years as a teacher at the high school and college levels. He is a Christian who currently resides in Arizona, develops real estate, and has always enjoyed coaching baseball and relaxing with family and friends.