Are You Calling Me? 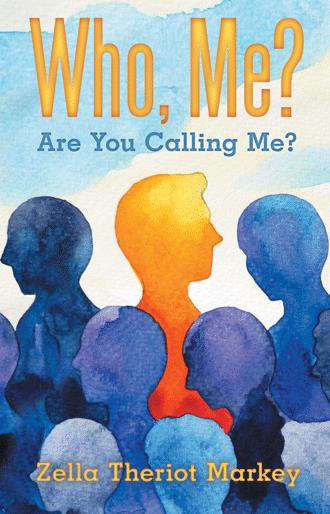 In this text we will identify the “call” as the awakening, it is the clarion call to begin the pilgrimage of our purpose. For example, God called Moses to deliver the Israelites from bondage in Egypt, but He had already placed that purpose of the deliverer inside of him. David was a mere shepherd boy, God called him at an early age to eventually become one of Israel’s greatest kings. God had placed kingship in David’s spirit, it was his DNA (Divine Natural Assignment). God deposited it inside of him before his mother’s womb. Mary was an ordinary young virgin woman, dreaming and preparing to be married. God predestined her to carry and bring into the world the Savior of the world. She was chosen to become the mother of Jesus Christ. What an awesome honor!
I can go on and on citing those in the Bible that were called and infused with purpose before the formation in their mother’s belly.
Therefore; we can see that the call of God is a universal call, we each have a purpose awaiting our specific call of God.
1Thessalonians 5:24 (King James Version)
Faithful is he that calleth you, who also will do it.
In your distinct season, like the butterfly in the cocoon, the purpose of God awaits the activation of “the call” to incite your preordained purpose. Make no mistake—God is calling you. Your purpose is inside the call, and God is faithful to do through you that which he has called you to do. Embrace the call!

Knowing why you were created is as important to you as breathing. Do you know that God sent you to this earth equipped with a specific purpose? Just imagine how exhilarating it would be to wake up every morning cognizant of the "why" of your creation. For most of us, purpose is birthed out of an uncomfortable place. Those places comprise our experiences, fears and situational circumstances that mask our ability to hear the voice of God. Who Me? Are You Calling Me? portrays some of the Bible greats and how their lives parallel with ours. It outlines the stages of the call and how they processed through them to ultimately allow themselves to be thrust into their God ordained purpose.

Dr. Zella T. Markey is a notable educator, ordained minister, inspirational motivator, writer, and mentor who has dedicated her life to passionately developing the minds of young people and mentoring others to do the same. Dr. Markey has shared her teaching expertise locally as well as nationally and is known for her lively, interactive teaching style. As an ordained minister, she draws on her teaching expertise to impart revelatory enlightenment to leaders of every genre.