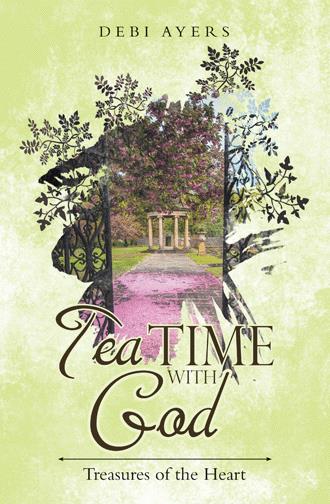 My Mother was filled with excitement in knowing she only had several months before hitting the five-year mark from breast cancer. She was looking forward to saying “I am cancer free forever”. Yet, on a scheduled doctor visit, Mom was feeling ill and was hospitalized. Uncertain of what the diagnosis would be, Mom confided in me that God had previously promised her she would not die of breast cancer. With our eyes, hearts and hands locked into place, we agreed this would not be a death sentence.

As Mom’s doctor entered the room with a troubled look on her face, I stood erect ready to face the giant at hand as we heard the words Metastasis Bone Cancer. A boldness rose within me as I looked into Mom’s eyes and I said to her, “We will get through this.” We believed whatever happened, God was in control and we were going to trust Him to bring us through, no matter what!

As the testing progressed, the diagnosis became grimmer. We were told that Mom had also incurred Lung Fibrosis and Liver Disease. For the next six months, my Mother went for chemotherapy treatments on a regular basis, but in the end, the doctor informed her that she was “a very sick lady; go home and call hospice”. What do you do with those words? This doctor just pronounced death to my Mother.

Although everyone was praying for my Mother’s healing and claiming the promises of God, another lesson was taught to me through all of this: know the will of God when you pray. We need to inquire of God for His perfect will, then pray.

The day came that my husband and I felt God leading us to anoint Mom and pray for her. While praying, the Holy Spirit shared with us the anointing was for her burial. Since we were believing for a miracle, my husband asked God, “Why?” and God’s response was quick, “Why would you deny Me fellowship with My child?” There were no other words to be spoken with that question from God, we were only to trust Him.

The time came that my Mother sensed when she was passing on to Heaven, so she heeded the voice of God by preparing her funeral. Mom called me at home and said she had cancelled Hospice and she wanted me to come down with my computer. When I arrived, she told Dad and I both that we were going to complete Pre-Need Funeral Arrangements for both she and Dad.

By this time, I had become numb to my own feelings, knowing that there were things that had to be said and done. For it wasn’t until I left their home, driving the short distance down the road, that the tears began to flow endlessly. I vowed that day if Mom can be this strong, then so can I. Her strength empowered me to move forward every day. I could see God in her every moment. God’s strength became her strength. God’s strength became my strength, and so on throughout our family.

The next day she slipped into a coma for the first time. After the Hospice nurse checked her vitals, they explained to us this would happen until she was sleeping more than she was awake. I began telling the nurse why Mom had cancelled the previous day and how she planned funerals for both my parents. The nurse’s mouth dropped open and said, “Your Mother knew.” Mom knew her time was short, yet, her only thoughts were to make things easier for her family. What love!

As the diseases progressed, Mom became weary. She longed to be with her Lord. The day came when she began to weep, “I can’t wait!” She added, “I can’t wait to see my little girl and daddy”, who previously passed on.

That is the day I had to stand before my own dear Mother and release her to go. I told her that it was okay, made promises to stay close to Dad, thanked her for being such a selfless mother, a role-model to replicate. Yes, there were tears, crying together. But, for the most part, I stayed strong until I went home to let my guard down and allowed my heart to break, staining my pillow with tears of grief.

Though that was hard, today I can allow those days and those moments to heal my heart; being thankful I had that time to be with her and for those moments that we both shared our hearts with one another. “Tea Time with God promotes Treasures of the Heart!”

How often do you take time to stop what you are doing and notice what God is doing in that moment? God’s presence may be found in anything, such as in the stillness of the night, in the sound of water trickling in a brook, in the flutter of a butterfly’s wings, or in the shared hug of a loved one. In all of these things, God is there with love, peace, and joy for us, His children.

Tea Time With God is about taking a moment to recognize God’s hand at work in the unique experiences of our lives. If your situation is causing you to wonder where God is, then this book will help you define who He is and allow you to seek Him whether you are

God’s presence can offer us so much: it can heal a broken heart, vanish worry and concern, and remove the burdens that weigh us down. Author Debi Ayers encourages you to take this time and stay in His presence – because there is no better place to be. Be encouraged to look for God in the center of your lives, knowing He may be in the smallest detail of your day.

Debi Ayers has been married to her husband, Jerry, for thirty-nine years, and together they have two children and one granddaughter. Debi and Jerry have owned and operated several businesses together since 1983. In 1999, Debi and Jerry established Savior’s Heartbeat Ministries USA, a nonprofit organization in partnership with Dr. Devasahayam Dandala of Savior’s Heartbeat Ministries INDIA. Through this organization, contributors support a multitude of needs, including an orphanage. Locally, Debi and Jerry enjoy leading a weekly discipleship class at their local church, which empowers each member to better themselves in their Christian faith.